Last month, “Euphoria,” HBO’s druggy, sexy teenage soap, took a trip to the carnival. One high school student had sex in the shadow of the Ferris wheel, another brought herself to orgasm with a carousel horse. Some middle schoolers smoked weed behind the Gravitron. A prepubescent boy with face tattoos sold molly from a pretzel stand.

The sinister carnival is a staple of American popular culture. It arrives in a town, often in the summer, trailing tinsel and the aroma of deep-fryer fat, promising rebellion and reversal, a breather from ordinary life. The rides mess with physics. The noise, lights and corn dogs mess with everything else.

“It doesn’t get more American than this,” says Murray, the private eye on “Stranger Things,” in a fun fair episode that also premiered this summer. “Fatty foods, ugly decadence, rigged games.”

In midcentury works, often tasked with reinforcing social norms, the carnival itself is dangerous. Think of the death via carousel in “Strangers on a Train,” the pleasure island that distracts Pinocchio from his true path. Step right up for degradation, as in the film noir “Nightmare Alley,” or disfigurement, as in the Tod Browning shocker “Freaks.” In “Something Wicked This Way Comes,” the Ray Bradbury novel that terrified me as a kid, a carnival is a locus of pure evil.

The carnivals of the last 20 years have been arguably less lethal. On “Carnivàle,” the moody period drama that ran from 2003 to 2005 on HBO, the big bad was the anti-pleasure minister, not the carnies he preached against. In the “Freak Show” season of the “American Horror Story” anthology, the townspeople were as murderous as the freaks. 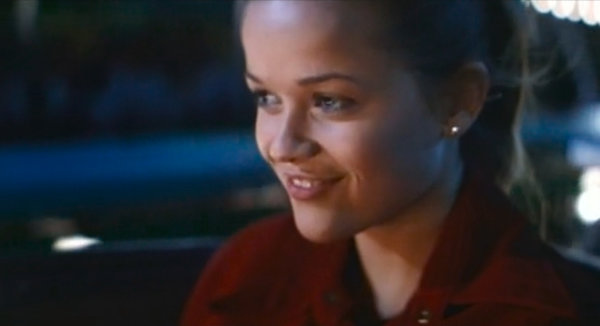 Maybe we’ve become more comfortable with the carnival as a temporary challenge to social conventions. Maybe we’ve acknowledged that the Tilt-a-Whirl is a lot less likely to hurt you than the people jostling alongside you in the line. In “Fear,” the 1996 thriller that will see a remake, Reese Witherspoon’s teenage heroine has an early sexual experience atop a juddering roller coaster. The ride itself? Safe. Mark Wahlberg’s handsy Boston-accented sociopath? Not so much. How’s this for a public service announcement: Rides have to submit to safety inspections. People don’t.

Growing up in Los Angeles, I remember visiting the yearly carnival at the University of California, Los Angeles, first with my parents, and then with school friends. One “Fear”-era spring, there were four of us, 15 or 16, dressed in lace-up boots and flannel shirts and too much eyeliner, looking for boys who hadn’t known us when we wore braces, trying on adulthood. I remember waiting, later that night, on the Sunset Boulevard sidewalk, for someone’s dad — maybe my own — to pick us up while the cars honked for us as they went past. How scary that was, how exciting. My favorite ride back then: The Gravitron, a place where having no control over your own body was expected.

On the fourth episode of “Euphoria,” Rue (Zendaya) goes to the carnival to chaperone her little sister. Lexi (Maude Apatow), Rue’s childhood friend, asks if she wants to hit some rides. Rue declines. “I don’t want to die,” she says. A once and future addict now chasing the high of a crush on her new friend, Jules (Hunter Schafer), she doesn’t need the sham danger of a Ferris wheel. Her classmates, however, use the carnival to experiment with adult pleasures — sex, drugs, spiked slushies — and personalities.

“I’m looking at a thousand versions of myself,” Maddy (Alexa Demie) says, rolling in the hall of mirrors.

Her friend Cassie (Sydney Sweeney) is equally high. “I feel like this is a turning point,” she says. “We should just pick the hottest, most confident, bad bitch version of ourselves and be that for the rest of the school year.”

On “Stranger Things,” the fun fair rides terrify the grown-ups. Winona Ryder’s Joyce and David Harbour’s Hopper find themselves trapped on the Gravitron (it’s everywhere) and clasp hands as it begins to spin. Still, “Stranger Things” knows that the Gravitron isn’t the bad guy. It’s the interdimensional creature menacing Joyce’s son. And it’s the hit man who shoots the Russian scientist Alexei as he clutches a plush prize. (The killer meets his own end, at Hopper’s hand, inside the fun house, in a mirrored gun battle like the one in “The Lady From Shanghai.”)

“Euphoria” knows it, too. The rides are ultimately harmless. The drugs, too. The problem is Nate (Jacob Elordi), the titanium-jawed quarterback. After Maddy insults his parents, he chokes her in an alley between the rides. Later, he threatens Jules.

As a teenager, roving beneath the blinking lights, the carnival felt free, it felt precarious, it felt like what I thought adulthood would be. But freedom’s just another word for your dad slipping you a $20 for funnel cake. The dangers that would come for us later — bad boyfriends, bad bosses — would be found within our lives, not in the transitory escape from them that a carnival implies.

You can fasten your seatbelt. You can keep your hands and arms inside at all times. It might not help much. 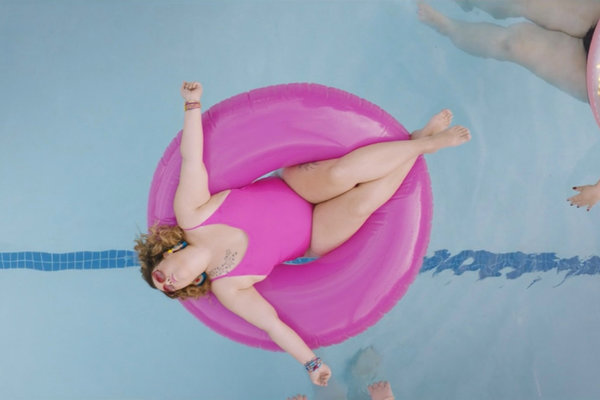