Her reality TV return! Last summer, Chloe Veitch made a splash on Netflix’s Too Hot to Handle — and now, she’s back for more!

Veitch is one of the first eight cast members on season 2 of The Circle, and, as revealed in the trailer, chose not to hide her identity before joining the show, despite the fact that people may recognize her from the dating show.

“I mean, to be honest, it was always going to be a gamble,” the influencer, 22, told Us Weekly exclusively ahead of the season premiere. “I wouldn’t have gone on The Circle as anyone else but myself because I know that is my strength — being who I am, the personality I have.” 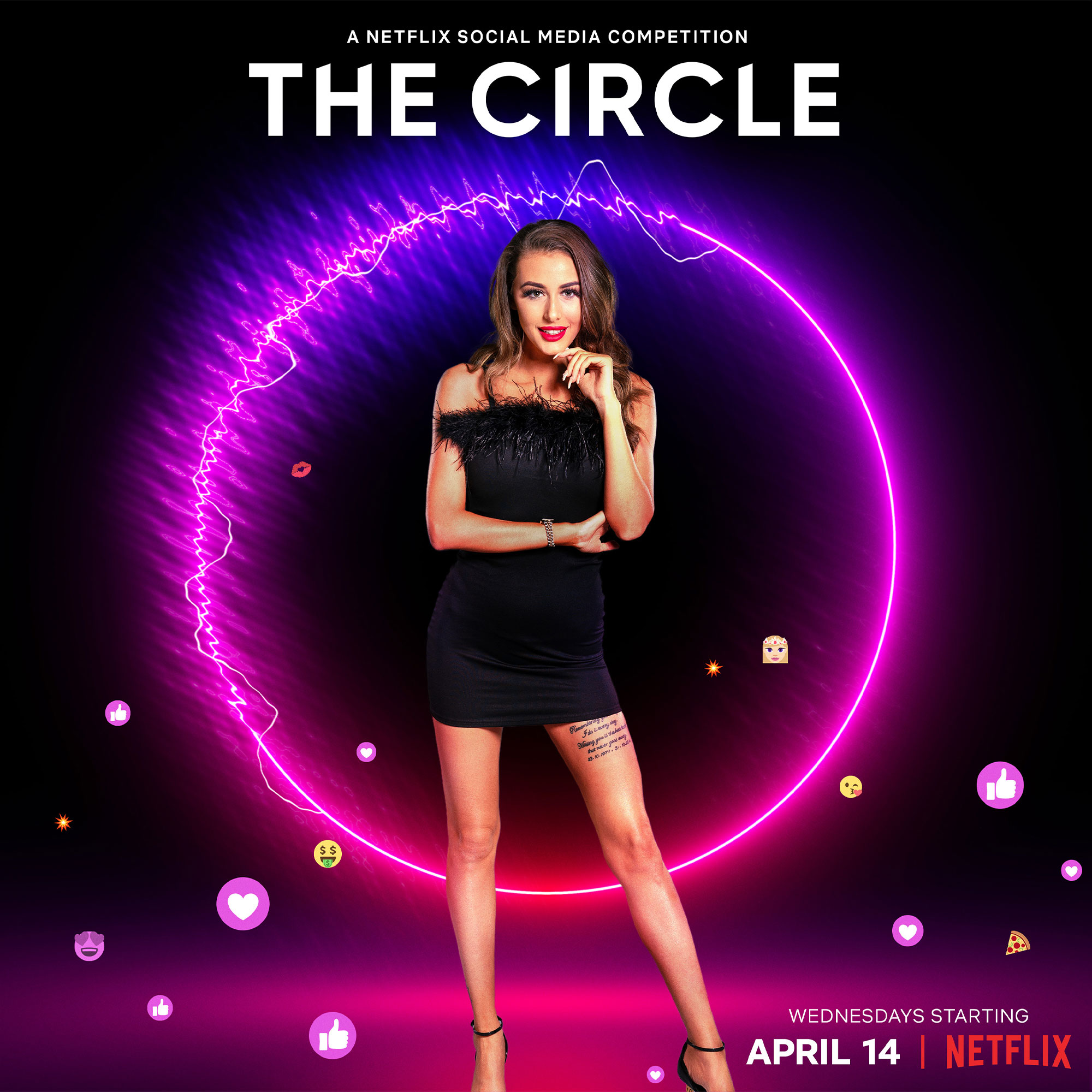 She noted that she was a bit concerned whether people would believe she was actually herself rather than someone else using her photos — but that was out of her control.

“I said to myself, ‘I know that they will pick up on the vibe through the texts. I know that people will believe it’s me,’” she said. “Whether they trust me or believe it’s me straight away, I don’t know, but that was a chance I was prepared to take because I am such a strong character!”

The model added that she was positive her personality would come through without seeing anyone face to face, adding, “I just thought, even though they can’t see me or hear me, hopefully, they feel my vibration.”

It wasn’t an easy journey for any of the cast, especially Veitch, who said the most difficult thing was “trying to fit in with the whole American crew” throughout her time playing.

“I’m the only British one in the show and that in itself, without realizing, was the biggest Brit wall I’ve ever faced because I never knew what they were talking about,” she told Us.

“The most difficult challenge I faced was cooking! I can’t cook at all. As someone that lives on a good PB and J, it was very difficult to try to cook,” the podcast host, 28, told Us. “You will see. I was chicken nugget-ing and pizza-ing it up. Outside of cooking, I think I was alright!”

Stars Who Got Their Start on Reality TV

The first four episodes of The Circle season 2 premiere on Netflix Wednesday, April 14.