Fiction reviewer Cameron Woodhead and non-fiction reviewer Steve Carroll have four new titles each for you to explore, including their picks of the week. 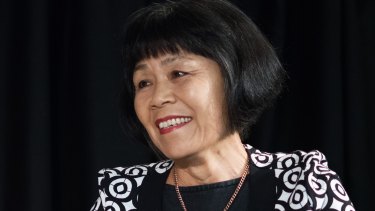 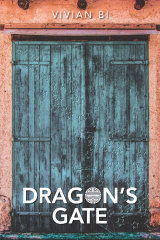 In Dragon’s Gate, classics of world literature collide with the stark realities of the Cultural Revolution in China.

Shi Ding is a teenager in Beijing, a natural storyteller whose tales of revolutionary heroes attract a captive audience; he also has a nose for sniffing out class enemies. When his father kills himself, it is suddenly Ding who’s on the nose, tainted by his father’s suspicious suicide. He is determined to find his father’s motive, and the trail leads him to a university professor neighbour. When she dies, too, Ding finds her library of banned classics, and his growing obsession with fiction – and telling the stories he has delighted in – takes him to a remote, mountainous province, where he comes to understand his own story, and what really happened to his father.

A vibrant and moving cross-cultural narrative that nests retellings of the Western canon (and illuminating literary criticism thereof) within a Chinese fabulist tradition. 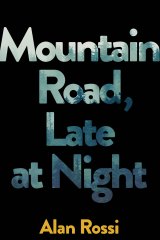 Nicholas and April live high in the Appalachians. Driving home one night, they die in a car accident, leaving a four-year-old son, Jack, orphaned. The family of the boy descends, and while struggling with their own grief, must decide who will raise the child.

There’s Nicholas’ ageing mother and father, facing their own difficulties; his brother Nathaniel and Nathaniel’s wife, Stephanie, who feel unready and unequipped for children, and April’s mother, Tammy, eager to claim Jack for her own. Written in chapters that alternate between the character’s perspectives, this is a subtle examination of the effects of trauma and sudden loss, as well as a tense conflict between different views of parenting, what’s in the best interests of an orphaned child, and how it is influenced by one’s own upbringing.

Through sharply drawn characters, Rossi achieves a clear-eyed and poignant view of a family in crisis. 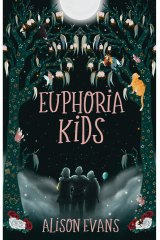 Trans and gender nonconforming artists have been making a splash in the performing arts scene lately, and that’s no less true of literature.

Nonbinary author Alison Evans follows up her first YA novel, Ida, with Euphoria Kids. It’s a teenage buddy story that flits between the mundane realm of high school, and a world of faeries and witches. Iris is a plant-creature without human friends, until a friendly faerie casts a spell. Sure enough, Iris suddenly meets Babs, who’s been cursed to randomly become invisible. The two encounter a boy, and as friendship blossoms, each of them helps the others to find what they’re looking for.

This adolescent fantasy, featuring characters who ask for preferred pronouns, gently explores gender diversity through the prism of magic. 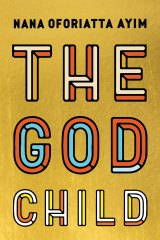 This is the literary debut of art critic and historian, and the first curator of a Ghanaian pavilion at the Venice Biennale, Nana Oforiatta Ayim. And although the subject matter is full of potential – the book follows a Ghanaian girl raised in Germany – it suffers from a lack of attention to the nuts and bolts of novel-writing.

Maya is an only child; her father is an introverted, book-loving doctor and her mother a free-spirited member of a Ghanaian royal family, now in exile. As an African child living in Europe Maya keenly feels that she doesn’t belong and eventually bonds with her cousin Kojo when he comes to stay. But as Maya grows into a young woman, and travels to Ghana, she struggles to find her place there too.

It’s a book that overdoes lyrical description, to the point of sacrificing plausible character development and leaving frustrating gaps in the narrative. 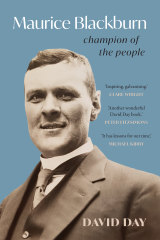 Call it a paradox or a contradiction, but as David Day concludes at the end of this authoritative and engaging biography, Maurice Blackburn was an individualist aligned to a collectivist cause – which explains his distinguished but troubled relationship with the Labour Party.

Day charts his family history, his legal career and a long tradition of community service, and although Blackburn started a conservative he soon shifted to the left and for most of his life served Labour in both Victoria and Canberra – where he fell out with Curtin over conscription. Woven into this is the private life of the public man (especially his loving marriage) and the trauma of caring for a disturbed younger brother who died young.

A man of fearless principle – Menzies admired him, Calwell opposed him – Day’s portrait leaves the reader longing for politicians with this level of integrity. 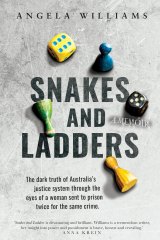 When Angela Williams collided with a postie on a motorbike in 2010 she could not have known the repercussions of the accident – winding up back in prison for a crime from 1996.

In gritty, unflinching writing she takes us back to her traumatic childhood – especially her abusive mother who beat her regularly – that led to crime, drug addiction, attempted suicide, sex work and prison. Between 1996 and 2010 she took charge of her life, studied writing (she has a PhD) and produced this warts and all memoir about coming through. Her descriptions of the various prisons she was in are harrowing but she also shares insights into understanding the haunting shadow of her mother and her motives.

Tough, courageous, and moving (especially the scenes farewelling her son when she’s locked up), it's about empowerment as much as powerlessness and, ultimately, the nature of power. 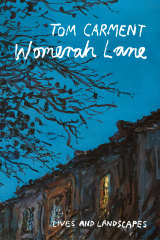 Tom Carment’s writing in these observations, essays and reflections – the book also includes his paintings – is beguilingly simple, even conversational. But the effect is poetic, in the sense that good poetry rarely draws attention to itself but draws you in and does its work before you realise it.

Whether he is writing about the eponymous Womerah Lane in Darlinghurst, where he and his family have lived for 30 years, poignantly describing cleaning out Olive Cotton’s old photographic studio, painting en plein air in various parts of the country, brushing with Brett Whiteley, or creating a deeply moving portrait of his father, there is a calm stillness in the writing, creating a contemplative spell.

Shifting between the relative present and the past, Carment takes scenes from ordinary life and gives them an impressionist glow. 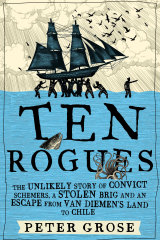 This story of colonial derring-do moves at the pace of a picaresque novel and proves to be a ripping yarn. The central character, London-born Jimmy Porter – loveable rogue, hero or criminal (depending on your point of view) – could have stepped out of Henry Fielding’s pages.

After getting into crime young, he was transported to Tasmania (having abandoned a wife and child in Chile – he got about) and eventually wound up on Sarah Island, shipbuilding. And this is where his already colourful life steps into technicolour. He and nine other convicts steal a brig and sail it to Chile, bounce back to Hobart for trial and fetch up on Norfolk Island. And that’s not all.

The writing is measured, laced with irony and fully researched, mostly based on primary material – especially Porter’s two unreliable journals, which Peter Grose interrogates with relish. Fittingly, in the end, Porter slips into the ether without trace.