Trump has 15 golf courses across the globe. His tax records show major losses at a handful of them. 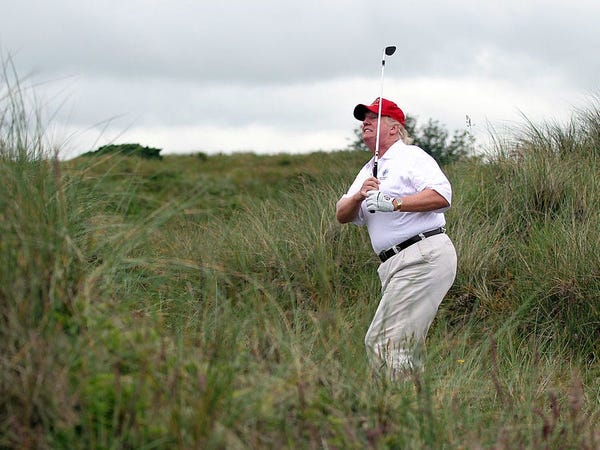 Trump reported combined losses of $315.6 million on golf courses since 2000 in the tax records viewed by The New York Times.

He has a total of 15 golf courses across the world, but just three of his European courses accounted for a fifth of that figure.

Trump's three European courses, one in Ireland and two in Scotland, posted $63.3 million in losses. 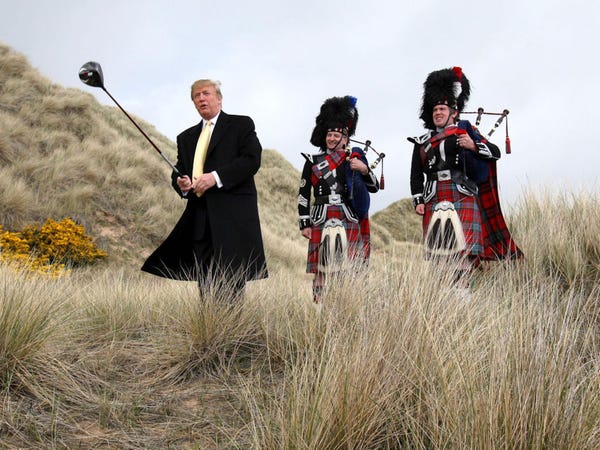 His golf club in Doonbeg, Ireland, is located in a village with a paltry population of 200. In November 2018, the Associated Press reported that the course had lost money four years in a row. Around the same time, the AP reported, Trump received approval to build a wall around the resort to protect it from rising sea levels. The move angered residents, as it could potentially harm dunes and local public beaches.

Trump's golf club in Aberdeen, Scotland, was also built on dunes. It opened in 2012, and the development process severely damaged the local environment, Business Insider previously reported. Business Insider also previously reported that the 18-hole golf course, which is accompanied by a 22-acre driving range, a whiskey bar, and a five-star hotel, routinely posts at least $1 million in losses every year.

The three clubs totaled $63.3 million in losses, according to the the tax records viewed by The Times.

Trump's largest golf club, the Trump National Doral near Miami, is losing the most significant chunk of change. 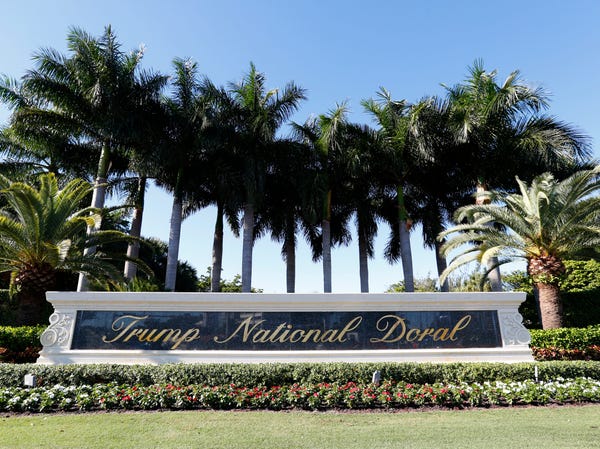 The Trump National Doral is Trump's largest golf club. It includes four golf courses, tennis courts, a spa, and a luxury hotel. The property is right outside Miami, Florida.

The Doral golf course previously made national news in August 2019, when Trump suggested hosting the 2020 G7 summit there. Such a move would violate the Constitution, which prohibits the president personally benefiting from affairs of state. He later dropped the idea.

Trump paid $150 million for the property in 2012, and according to the Times, its losses through 2018 have totaled $162.3 million. The Times also reported that he put $213 million into the property, and tax records show it has a $125 million mortgage balance due in three years.

Trump reported losses of $315.6 million across all his golf properties.

It's not just his golf properties that are losing money — many of his real estate investments are too, including the Trump International Hotel in Washington, DC. 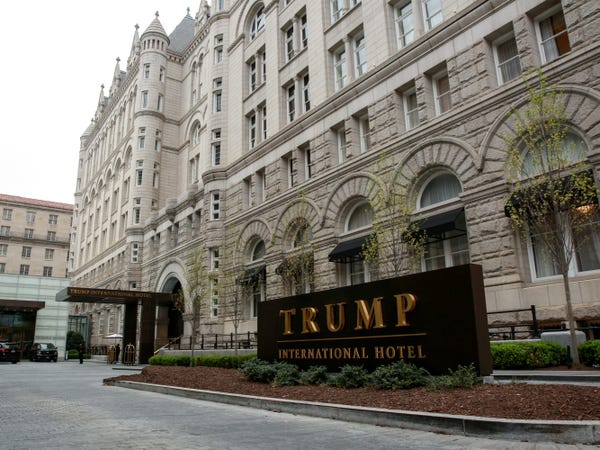 The Trump International Hotel opened in October 2016. The hotel, which is located inside the Old Post Office Pavilion in Washington DC, dates back to 1899 and required $200 million in renovations.

The hotel, which is known for its astronomical prices, has become somewhat of a meeting ground for conservative groups and Trump's associates, shrouding the hotel in ethical concerns about foreign dignitaries staying at the hotel, along with events that the federal government could possibly be funding.

Trump Corporation, the family's real estate services company, reported losing $134 million since 2000, according to the Times. 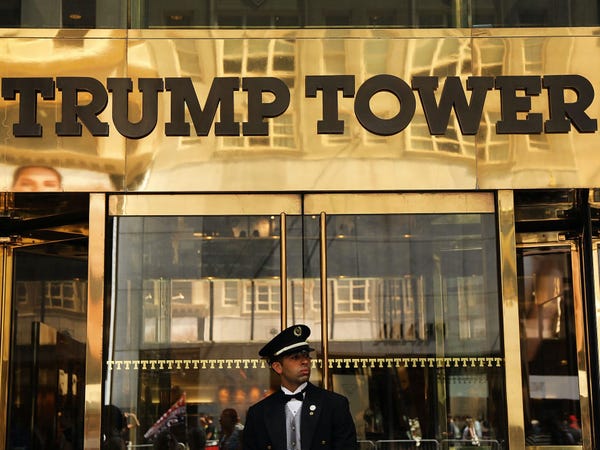 The Times reported that Trump bankrolled those losses by providing the umbrella corporation with a loan. In 2016, he marked those loans on his tax records as a cash contribution instead.