Aaron Carter claims he is “trapped” at home with his newborn son as his messy breakup with Melanie Martin drags on.

“I’m literally trapped inside my own bedroom because my ex will not leave my house,” the singer, 33, alleged via his Instagram Stories on Friday morning from his home in Lancaster, Calif. 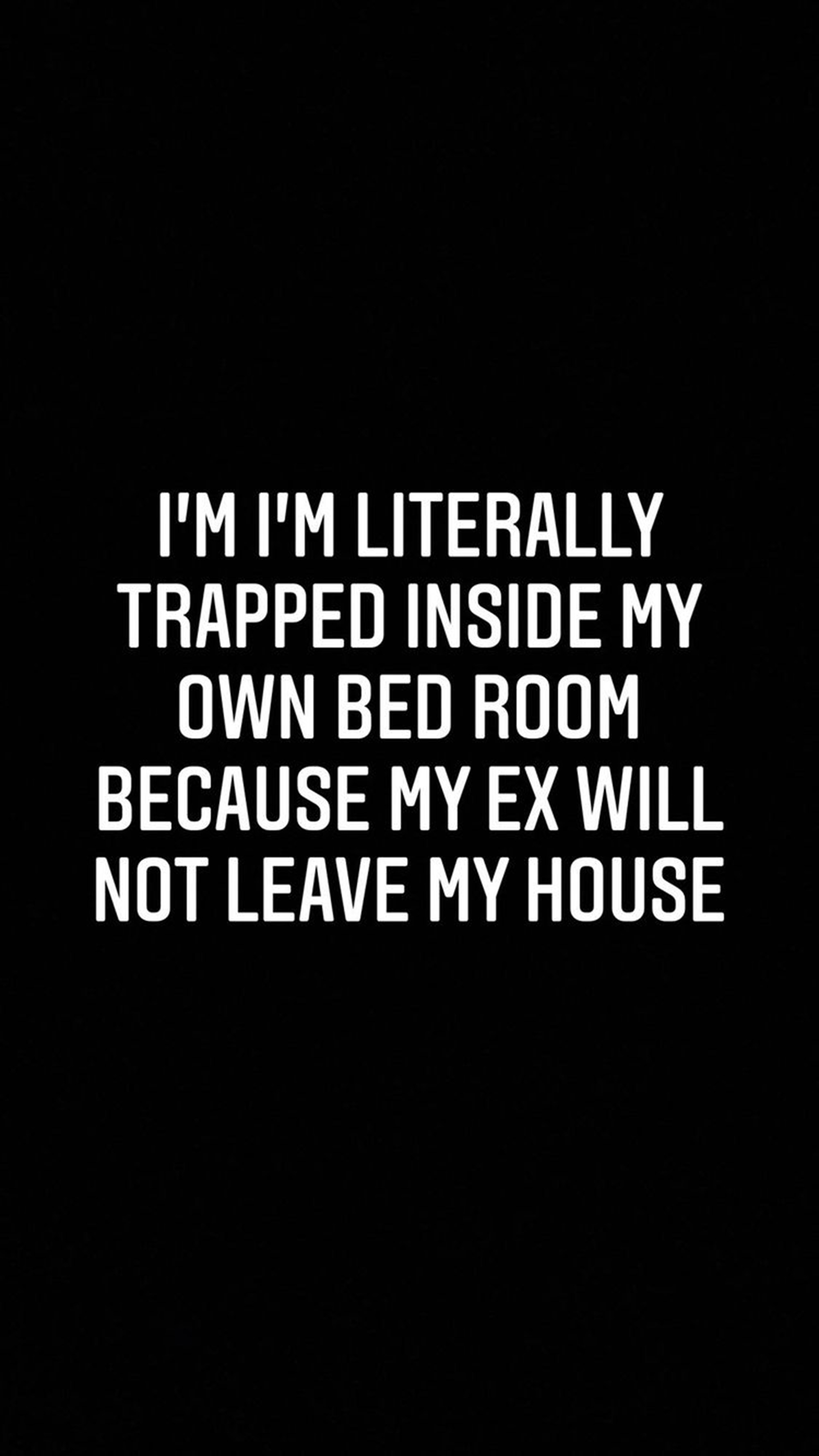 Carter shared the unsettling message just one week after Martin gave birth to their son, Prince, and days after news broke of their breakup.

The former child star appears to be with his baby, as he shared a photo to Instagram on Thursday of himself wearing a hoodie while holding Prince with the caption: “Daddy’s boy 👶.” 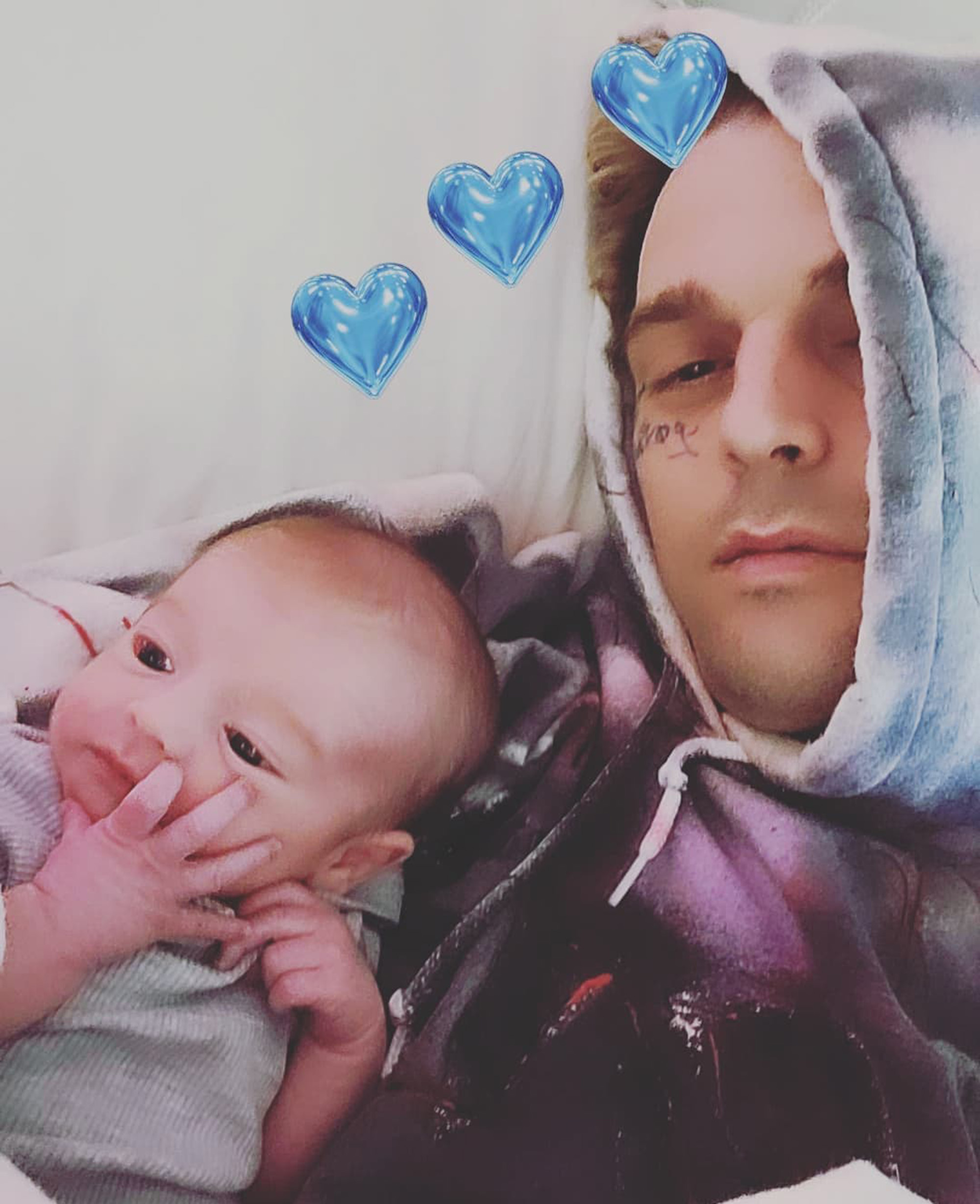 Carter also held and kissed his little boy during an Instagram Live with a fan.

“Taking care of my son and talking to @real__kodilove_ she’s an amazing fan and like family to me,” he captioned the clip.

Martin did not immediately respond to Page Six’s request for comment. 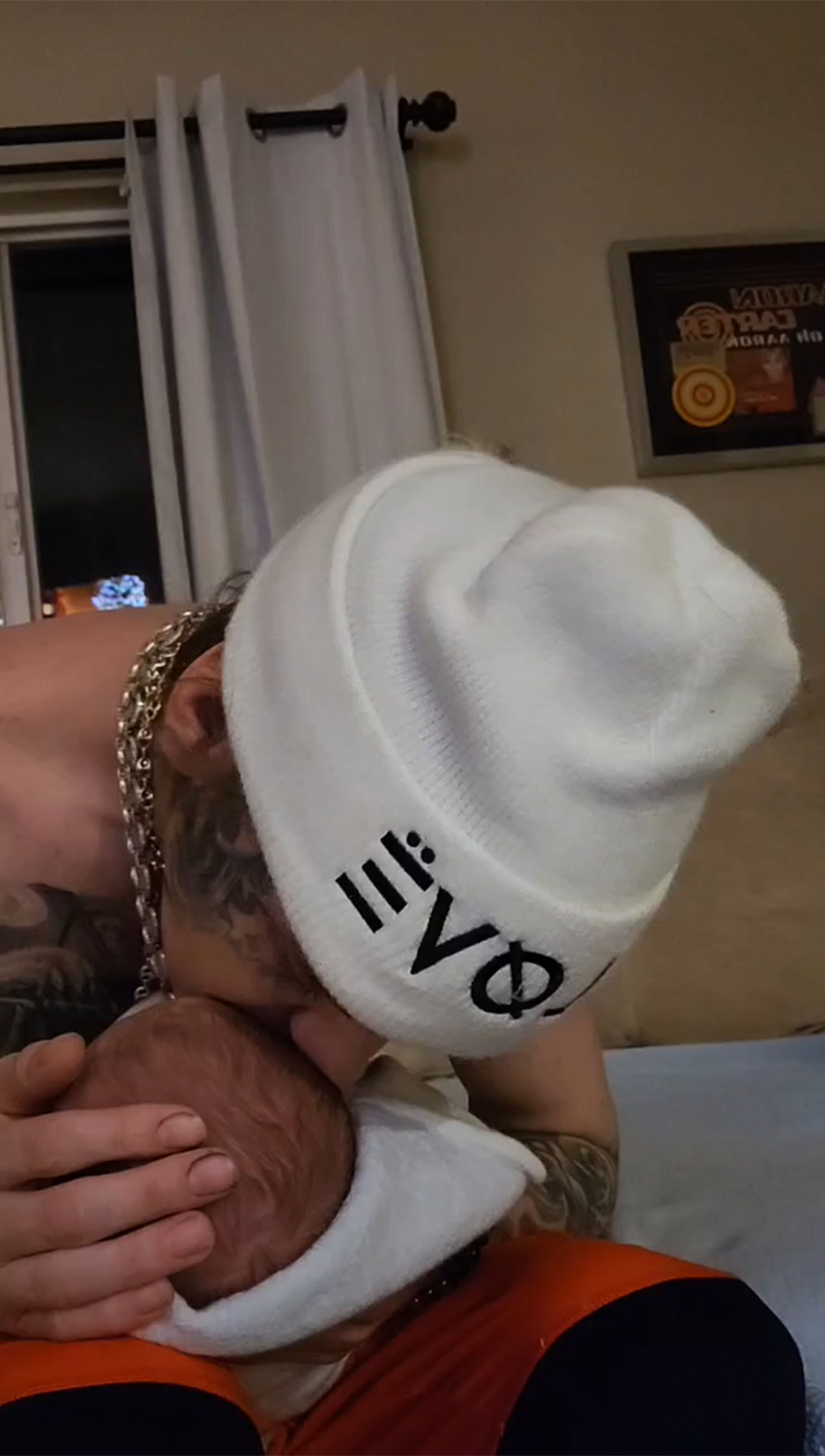 Carter went Instagram-official with Martin in January 2020 and got the model’s first name tattooed on his face soon after.

Martin was arrested for felony domestic violence that March, leading to the on-off couple’s first breakup. They reunited by June, however, when Carter proposed to Martin. 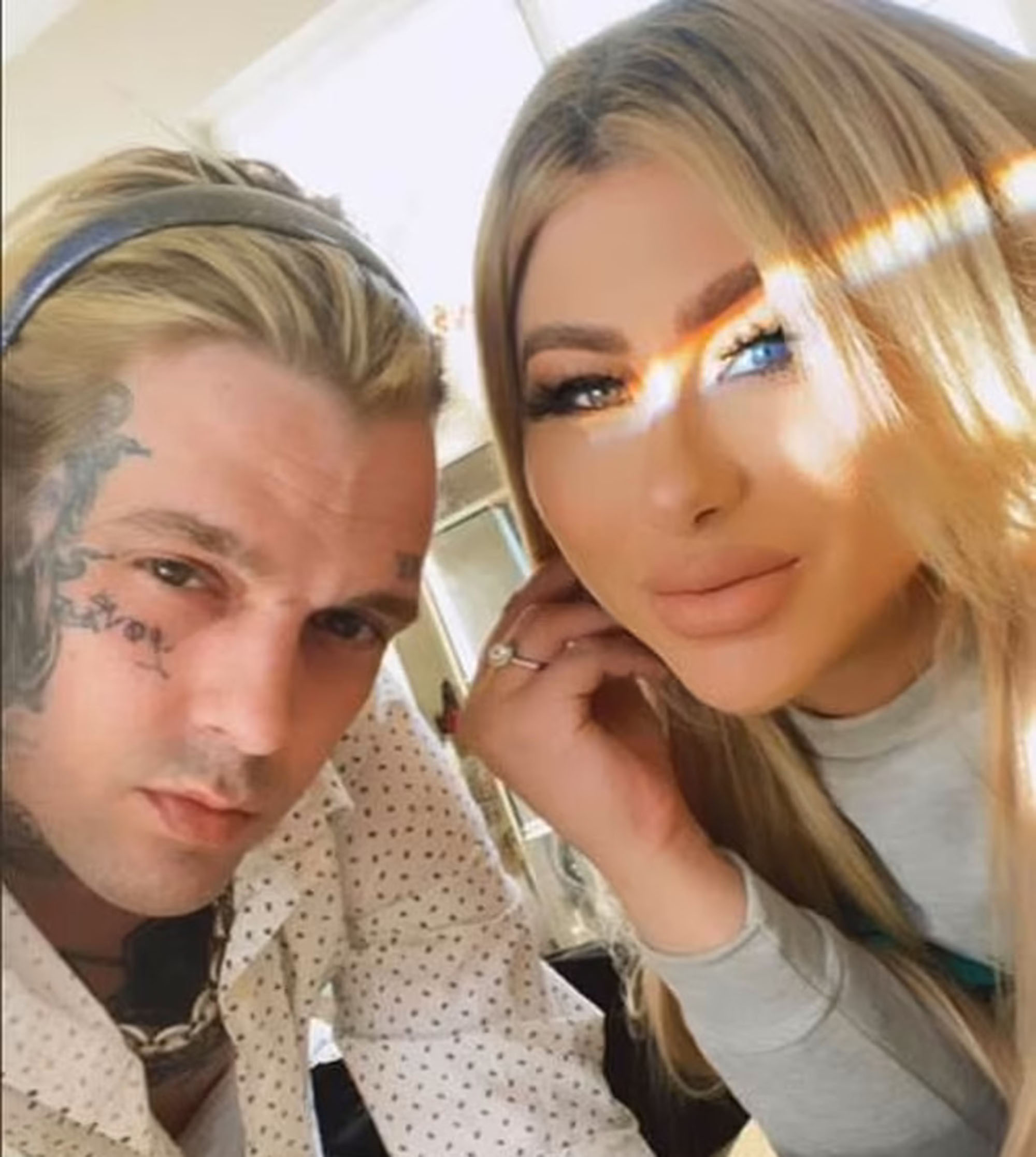 The pair announced that they were expecting in March, and while they made it through the pregnancy together, the couple split one week after baby Prince’s arrival.

Carter cited Martin’s alleged communications with his twin sister, Angel Carter, as the reason he called off their relationship.

“My sister communicating w my ex fiancé ruined everything,” he claimed on social media. “Thanks angel you ruined my family. God bless.”