Opening up. After dealing with painful periods and endometriosis, Amy Schumer underwent intense surgeries to remove her uterus over the weekend before sharing an update via Instagram.

“If you have really painful periods you may have #endometriosis,” the comedian, 40, shared on Saturday, September 18, alongside a mirror selfie, wearing a hospital gown and disposable gloves.

In addition to the selfie, the Trainwreck star shared footage from her hospital bed, explaining the complicated procedure. 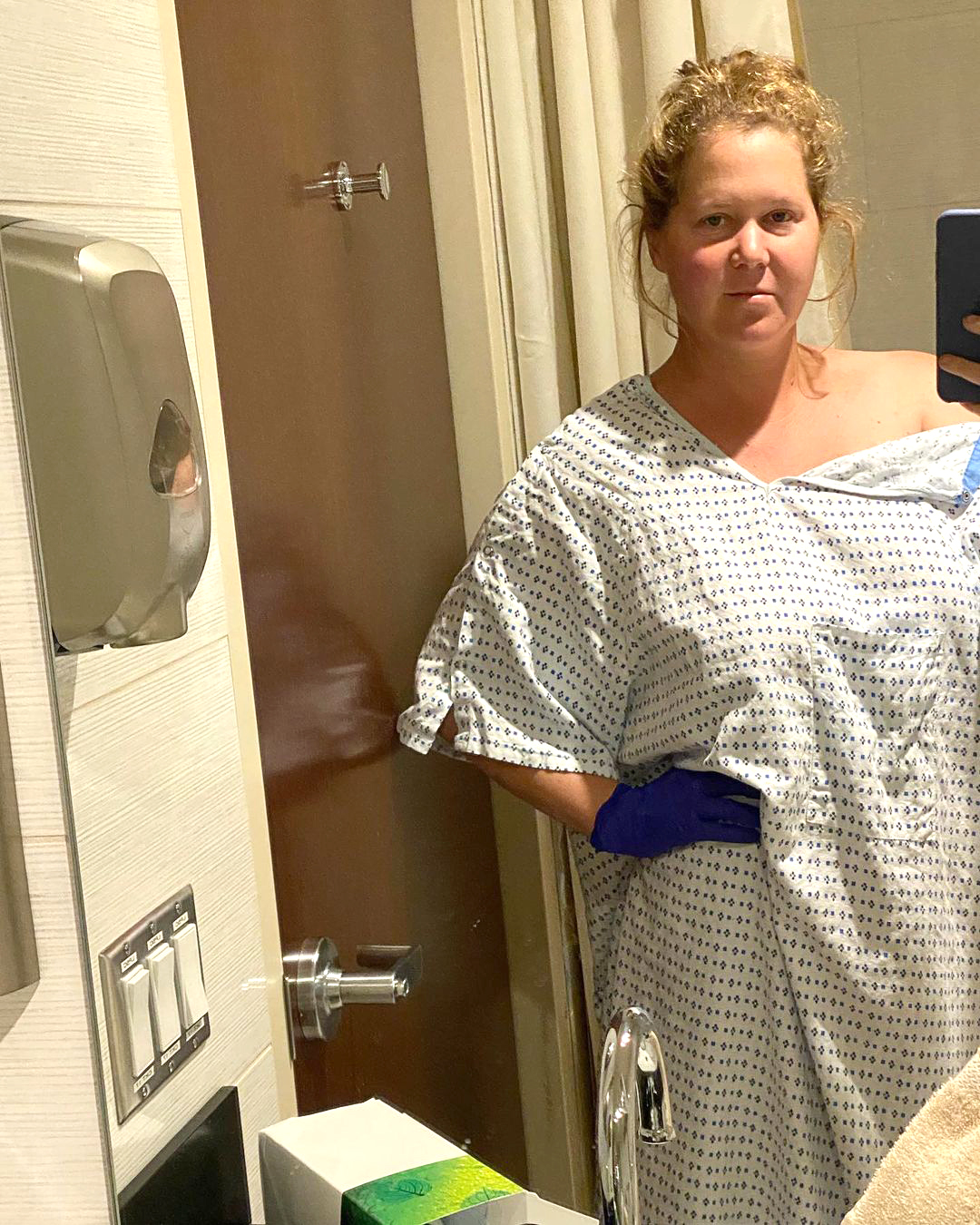 “So, it’s the morning after my surgery for endometriosis and my uterus is out,” she said in the video. “The doctor found 30 spots of endometriosis that he removed. He removed my appendix because the endometriosis had attacked it.”

She continued in her update, ”There was a lot, a lot of blood in my uterus and I’m, you know, sore and I have some, like, gas pains. But, other than that, I already feel that my energy is [returning], even though …” she added before the video cut off.

Additionally, Padma Lakshmi noted, “Thank you so much for sharing your endo story. Over 200 million women worldwide suffer with this. Hope you feel better soon! @endofound.”

Good Girls alum Mae Whitman could sympathize with the Snatched actress, writing, “LORD KNOWS I DO AM I RGHT FOLKS YA I am I do :/.”

The I Feel Pretty star — who shares son Gene, 2, with husband Chris Fischer — previously noted that her son’s birth was “really scary” as a result of her previous endometriosis diagnosis.

“I was throwing up through the first hour of my C-section,” Schumer explained during a moving episode of the “Informed Pregnancy and Parenting Podcast” in December 2019. “It’s supposed to take about an hour and a half. Mine took over three hours because of my endometriosis.”

The Girl With the Lower Back Tattoo author added, “It was a rainy Sunday and I woke up vomiting and was like the sickest I’d been the whole time. And I was like, ‘I can’t do this anymore.’ I was so big and I was so miserable and couldn’t keep anything down.”

Stars Who Struggled to Conceive Children Share Their Fertility Issues

“We did IVF, and IVF was really tough on me,” the actress explained at the time. “I don’t think I could do IVF again, so I decided that I can’t be pregnant ever again.”

While she and the professional chef, 41, have “thought about a surrogate,” the duo paused that conversation “for right now.”

Months earlier, the Inside Amy Schumer alum candidly posted about her fertility journey in January 2020 via Instagram.

“I’m a week into IVF and feeling really run down and emotional,” she captioned a post at the time. “If anyone went through it and if you have any advice or wouldn’t mind sharing your experience with me please do. My number is in my bio,” she continued, referencing the fan line she has on Community.com. “We are freezing my eggs and figuring out what to do to give Gene a sibling. ❤️”

Schumer and the Beetlebung Farm Cookbook author secretly tied the knot in February 2018 before she announced she was expecting that October. Gene was born in May 2019 after she suffered from hyperemesis gravidarum during her pregnancy.