The world’s largest carbon capture and storage project has failed to meet a crucial target of capturing and burying an average of 80 per cent of the carbon dioxide produced from gas wells in Western Australia over five years.

The energy giant Chevron agreed to the target with the West Australian government when developing its $54 billion Gorgon project to extract and export gas from fields off the WA coast. 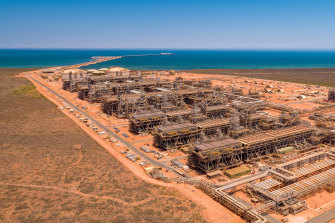 The five year milestone passed on Sunday. In a statement the energy giant Chevron announced that since operations began in August 2019 it had injected five million tonnes of greenhouse gases underground.

According to the independent analyst Peter Milne, that leaves a shortfall of around 4.6 million tonnes, which he estimates would cost about $100 million to offset via carbon credits.

The project has national and even international significance, with the oil and gas industry and the federal government declaring the success of carbon capture and storage to be crucial in tackling climate change while making use of fossil fuels.

“It is essential we position Australia to succeed by investing now in the technologies that will support our industries into the future, with lower emissions energy that can support Australian jobs,” Prime Minister Scott Morrison said in April while announcing $263.7 million in funding to develop carbon capture and storage technology.

But critics have noted that even if the Gorgon project worked it would only capture 80 per cent of greenhouse gases coming from reservoirs, rather than the gases burnt to create energy to liquefy the gas for export.

In the financial year to 2019 Gorgon was the largest single greenhouse gas emitter in the country. The following year it was the third-largest, according to the Clean Energy Regulator.

The project has been marked by delays, cost overruns and its complicated system for extracting greenhouse gases from natural gas – transporting it via pipelines, pressurising and reinjecting it 2 kilometres underground into aquifers that first have to be emptied of water – has never operated at full capacity.

A spokeswoman for Western Australia’s Environment Minister Amber-Jade Sanderson said she had called in representatives of the project for a “please explain” meeting.

“Once fully operational, the system will capture up to 4 million tonnes of CO2 annually and reduce greenhouse gas emissions by more than 100 million tonnes over the life of the injection project.

He said Chevron was working with the WA regulator on making up the shortfall and will report publicly later in the year.

“Like any pioneering endeavour, it takes time to optimise a new system to ensure it performs reliably over 40-plus years of operation.”

Ian Porter, a former oil and gas executive who now leads the West Australian environmental group Sustainable Energy Now, called on the West Australian government to penalise the consortium behind the project – which includes Shell and ExxonMobil – for its ongoing failure.

“It has been all carrot and no stick,” he said of ongoing support for the project.

Tim Baxter, a senior researcher with the Climate Council, said he was not aware of a single large carbon capture and storage project linked to fossil fuels in the world that had delivered on time, on budget, and capturing the agreed amount of carbon.

Because such projects require bespoke engineering to suit the geology of the area where they are to operate, the technology does not come down in cost like renewables, he said.

Most Viewed in Environment