Former Insiders executive producer Erin Vincent will be the new boss of the ABC's Q&A program when the show's founder leaves the public broadcaster at the end of the year.

ABC veteran Peter McEvoy is set to produce his final edition of Q&A in the coming weeks. He first pitched the current affairs panel show to ABC management 12 years ago and has overseen it ever since. 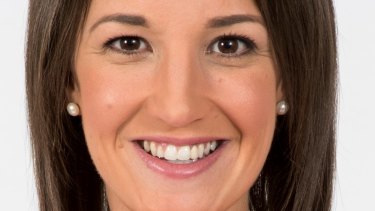 The ABC has broadcast more than 400 episodes of Q&A to date. The show is a Monday night staple and not without its fair share of controversies, including an incident in which an audience member threw a pair of shoes at former prime minister John Howard.

Vincent has been with the ABC for 10 years and says she has "big shoes to fill". The executive producer remained tight-lipped about who will host the show in the new year with the departure of longtime presenter Tony Jones, but said viewers can expect an announcement before the year is out.

"2020 presents an amazing opportunity to rejuvenate Q&A," she said. "It's got one of the most distinct formats on Australian TV – there's really nothing like it on-air at the moment. That's something we want to enhance and strengthen.

"I'm most excited to find new ways for audiences to connect and engage with the program. There's definitely an intention to get the program travelling more into suburban and regional communities. That's one of the most exciting changes I think we'll be making."

Vincent declined to say whether or not fewer politicians would appear on the program in the new year, saying she would be guided by ABC viewers once she officially starts in the top job.

"The main thing we want to do is talk about the issues the audience wants us to talk about," she said. "If that involves politics, it will involve politicians."

Vincent started her journalism career at regional broadcaster WIN Television and later moved to Network Ten. She joined the ABC in 2009 as a reporter and has since been a chief-of-staff for ABC News Victoria, an executive producer of political talkshow Insiders and flagship mornings program News Breakfast.

ABC news director Gavin Morris said Vincent was one of the broadcaster's most talented editorial leaders.

"Under her leadership we'll be establishing a production unit for Q&A in [Melbourne's] Southbank, in addition to its existing Sydney base, in order to expand the number of episodes produced out of Melbourne and other locations across Australia."