Not meant to be. Bill Hader and Anna Kendrick have split six months after Us Weekly confirmed their romance.

Entertainment Tonight was first to report the breakup on Tuesday, June 28.

Us confirmed in January that the actors, who played siblings in 2019’s Noelle, were an item. “They were both single at the same time,” a source exclusively revealed at the time. “They’re really into each other and make each other laugh — a lot.” 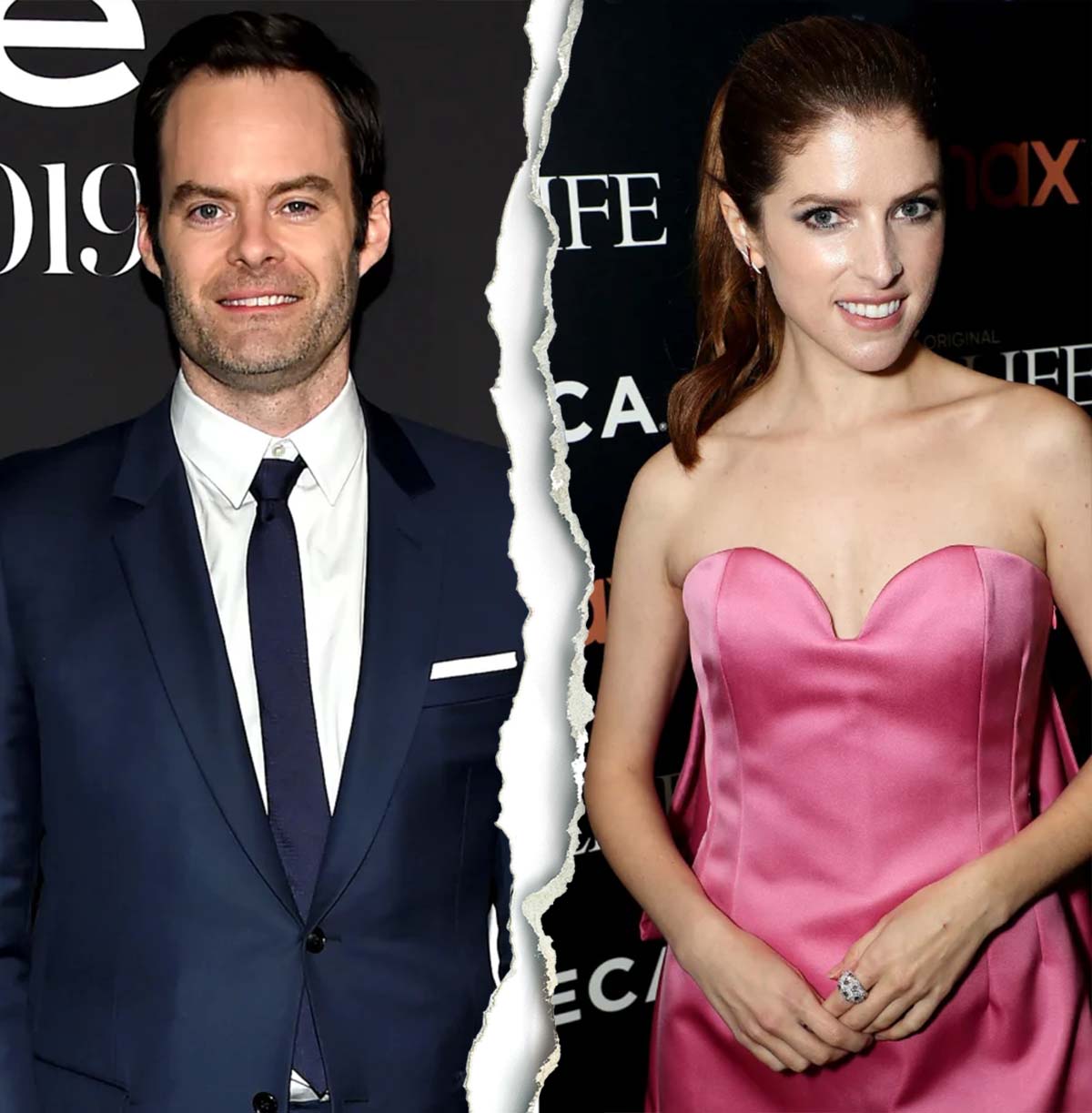 The Saturday Night Live alum and the Pitch Perfect star wanted to keep their romance “private,” but Kendrick had “already bonded” with Hader’s daughters. The Barry actor shares Hannah, 12, Harper, 9, and Hayley, 7, with ex-wife Maggie Carey, to whom he was married from 2006 to 2018.

Inside Anna Kendrick and Bill Hader’s Private Romance: A Timeline

Hader and the Into the Woods actress “clicked right away,” a second source told Us in February. “They dig each other’s sense of humor. … [They’re] flying under the radar and enjoying the simple things — as opposed to [doing] anything too flashy.”

The Emmy winner previously got emotional about not seeing his children enough, struggling to hold back tears in a January 2019 interview. “I think I saw my kids a total of five days all summer,” he told Variety. “It was terrible. So, I’m going, ‘Next summer, I’m taking off.’ And I’m going to spend every day with them. It’s this weird thing when you’re in this industry, you don’t have time to be with them, and it’s really, really difficult.”

Before sparking his whirlwind romance with Kendrick, Hader briefly dated Rachel Bilson. The twosome made their red carpet debut at the Golden Globes in January 2020, calling it quits that summer.

While the former couple have stayed relatively quiet about their relationship, the 40-year-old Jumper actress recently made a rare comment about her ex on her “Broad Ideas” podcast. Bilson shocked guest Aubrey Plaza — who starred alongside the former flames in 2013’s The To Do List — when she brought up dating Hader.

“I went with him to the f–king Golden Globes,” the O.C. alum teased earlier this month, as Plaza joked, “I don’t know s–t. I don’t know anything.”

Bilson, who shares 7-year-old daughter Briar with ex Hayden Christensen, previously reflected on going through a “really hard” breakup during the coronavirus pandemic — but she didn’t mention Hader by name. “I could not leave my house, you know what I mean? I had nothing else to do but sit in it, and deal with it and feel it,” she said on the June 6 episode of her podcast. “It was probably the hardest thing I’ve ever done⁠, harder than childbirth.”

Kendrick, for her part, never publicly addressed her relationship with Hader. She was previously linked to Ben Richardson, Jake Gyllenhaal and Edgar Wright.