She was caught on surveillance video with Cuba Gooding Jr. in the alleged incident at the center of his sexual assault case and photographed publicly with the actor as recently as September. So, who is Claudine De Niro?

Formerly known as Claudine DeMatos, she married actor Robert De Niro’s son, Raphael, when they were both 31-year-old real estate brokers at Prudential Douglas Elliman. The posh nuptials were held at an exclusive estate in the Bahamas in 2008, according to their wedding announcement in The New York Times.

“A Bahamian band played and DJ Jus Ske, fresh off Madonna's Oscar bash, provided dance music. Lobster and steak were served,” according to a People report on the nuptials. “Dad Robert De Niro spoke briefly. Rolled cigars were handed out to guests. And fireworks lit the sky.” 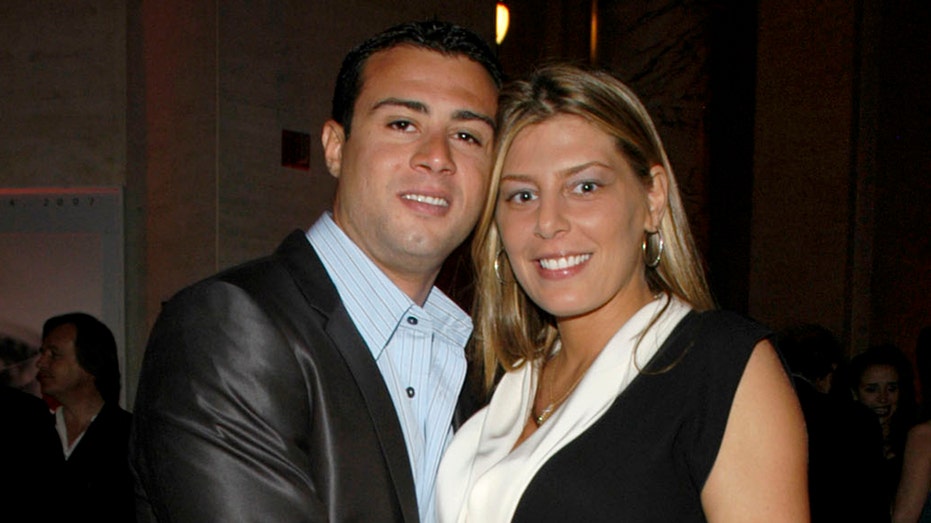 At the time, the pair worked side-by-side in a thriving real estate unit named the De Niro Team, according to the Times.

A Fashion Institute of Technology graduate, her father founded a New York-based travel agency and owned several Brazilian restaurants in New York, according to the wedding announcement.

Raphael is the oldest son of the "Raging Bull" star, also in the news recently for an alleged harassment case involving a female employee.

Claudine and Raphael have three kids together but split in 2016. They are still not divorced, according to Page Six.

The Cuba Gooding Jr. incident isn't Claudine's first brush with scandal. She made headlines herself after getting slapped with a lawsuit in April 2017 by her former nanny for alleged unpaid wages, according to the papers filed in Manhattan Supreme Court.

The suit was later changed to reflect allegations from a second former employee who worked as a housekeeper and nanny. She claims Claudia terminated her 12-month agreement “based on discriminatory motives and biases.”

Defendant stated to Plaintiff WILLIAMS: “I wouldn’t have hired you if I had known you were black” … “[I] never had a black nanny”… “My kids don’t like old nannies” … “how old are you?”

The case is still ongoing, with the next court date scheduled for the end of October in Manhattan.

Roughly two years after the De Niros split, Page Six reported that Claudine was “hooking up” with Gooding after the pair was spotted together in Miami.

At the beginning of June 2019, Page Six spotted Claudine FaceTiming with Gooding during a dinner party in Manhattan.

Just days later, on June 9, she was allegedly with Gooding inside Magic Hour Rooftop Bar at the Moxy Hotel in Manhattan, when a woman approached them.

“[Gooding] then made a sexually suggestive remark to this woman … placed his hand on this woman’s left breast, without her consent, and squeezed her breast,” court papers show.

Seemingly unfazed by the allegations, the duo was spotted on the red carpet last month. 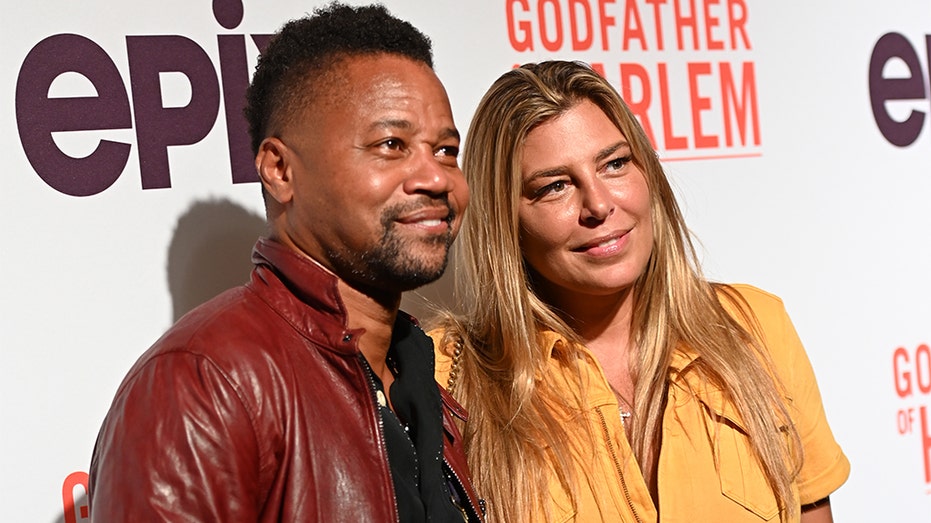 On Tuesday, Gooding pleaded not guilty to an indictment in connection to the June 2019 assault, in addition to an incident from October 2018.

Court documents show that on Oct. 24, 2018, Gooding was inside TAO Downtown Nightclub, which is also in Manhattan, when he pinched a woman’s backside. When confronted, he “claimed that he had only pinched her back, not her buttocks."

Claudia was not mentioned in connection to the October incident. She did not respond to FOX Business' request for comment. Gooding's attorney, Mark Heller, declined comment for this story.

Twelve additional women have since come forward with their own claims against the “Jerry Maguire” star, with alleged crimes dating as far back as 2001, documents show. Although Gooding has not been criminally charged as a result of their claims, the women’s’ allegations can – and will – be used as evidence at trial, prosecutors said in court papers.

In one instance, in February 2011, Gooding approached a woman at a Los Angeles bar, where he allegedly reached into her shirt and grabbed her bare breast, court papers show.

While at Nobu Malibu in 2015, where Gooding is a frequent diner known to take selfies with female fans, he tried to kiss a different woman on the mouth, then bit her, according to documents.

Coincidentally Nobu was co-founded by Claudine’s father-in-law in 1994. 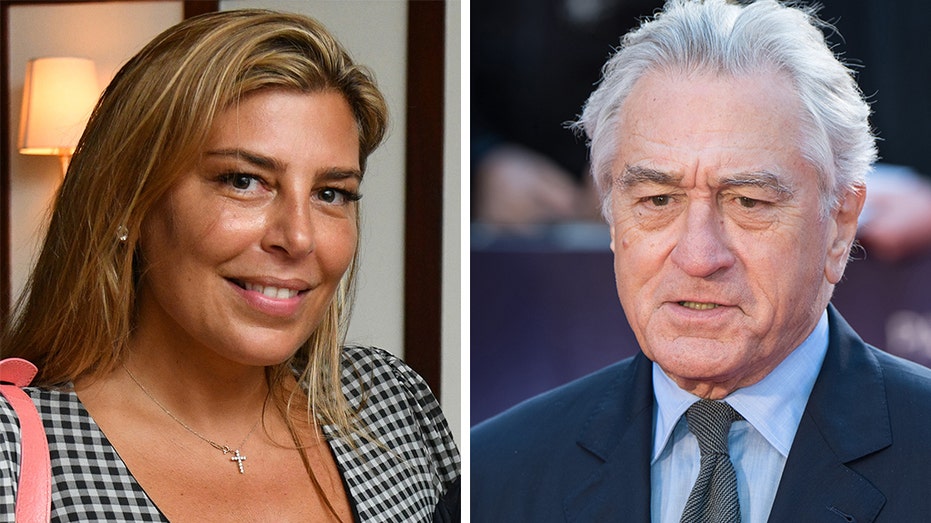 The elder De Niro and Gooding are also no strangers. The actors starred alongside each other in the 2000 film "Men of Honor." 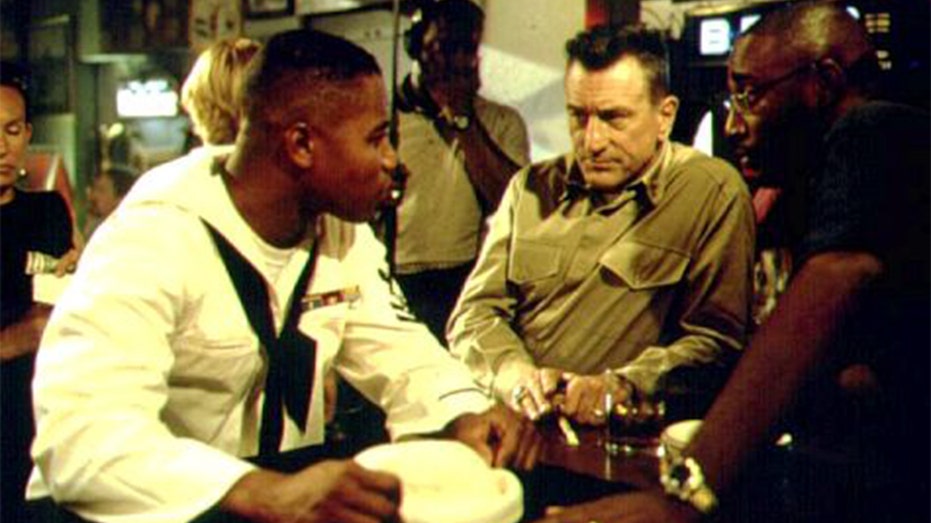 Cuba Gooding Jr. (L) and Robert De Niro in a scene from “Men of Honor.”

Less than honorable, however, was a bombshell voicemail De Niro left to one of his former employees, which was just released as part of a lawsuit.

Graham Chase Robinson worked for De Niro’s production company for a decade, during which time she says was discriminated against “day in and day out,” her lawyer Alexandra Harwin told FOX Business.

She claimed the 76-year-old Hollywood star treated her like his “office wife,” the federal lawsuit states, and often went ballistic on her, once calling her a “spoiled brat” in a profanity-laced voicemail when she did not answer his phone call.

"Among these duties," Harwin said, "De Niro directed Ms. Robinson to put away his boxers, hang up his clothes, wash his sheets, vacuum his apartment, set his table, mend his clothing, and select gifts for his children."