The only industrial relations reform to survive the Coalition’s gutted omnibus bill, a push to give casual workers permanency, has been defeated in its first legal challenge partly because it would cost the employer more money.

Toby Priest, who has worked as a casual tutor at Flinders University for almost 16 years during teaching weeks, was denied an offer to convert to a permanent part-time position after the industrial umpire upheld the university’s stance that higher pay and a professional pathway was too much to ask of his employer. 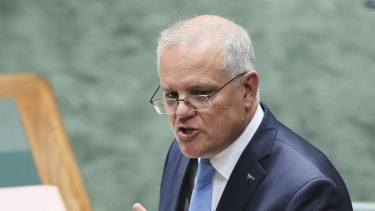 The Coalition’s casual conversion reform to give workers greater security has hit a legal stumble.Credit:Alex Ellinghausen

Priest, who teaches health and physical education to budding teachers, said the decision proved the hiring of casuals was a “cost-cutting exercise”.

“There’s constant uncertainty … I’m a father of three teenage kids, and I work really hard and have pride in my job. I just want to be permanent,” Priest said.

The case was the first of its kind to come before the Fair Work Commission after the government passed casual conversion laws in March last year, with other controversial parts of the legislative package dropped following fierce opposition from Labor and the union movement.

Under the change to the Fair Work Act, staff must be employed at the workplace for at least 12 months and on a regular work pattern for at least six of those to be eligible to be made permanent. 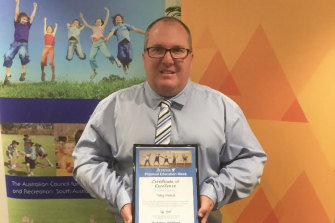 Flinders University casual tutor Toby Priest lost a legal fight under the government’s new laws to be made permanent.

Priest met that test, however, the commission found he fell short of another part of the law that the conversion to permanency had to be “without significant adjustment”.

Professor Mary Katsikitis, Dean of People and Resources at the Adelaide institution, said in a witness statement there was no need for the university to provide extra duties to Priest, but a permanent position would require him to be put on and paid for 22 additional non-teaching weeks of the year, and the budgetary impact was “unaccounted for”.

According to the Fair Work decision, converting to permanence would also entail putting him on a path of occupational progression.

“These changed entitlements and obligations, together with the financial impact of the differing pay structures … lead me to conclude that the proposed change to part-time employment would not be without significant adjustment,” commissioner Christopher Platt said in his decision on Friday.

“Mr Priest performed the same pattern of work, teaching the same courses for more than a decade. I believe most Australians would agree he deserves the security of an ongoing contract which would allow him important conditions such as annual leave and sick leave,” Barnes said.

University of Sydney labour law expert, Professor Shae McCrystal, said casuals in the tertiary sector performed different functions from permanent staff, making it difficult to convert them under the legislation. However, she said the law gave employers myriad grounds to decline making offers.

“The way they’ve set it up is the worst of both worlds: it creates a sense of entitlement for casual workers that they might be converted, where there are a lot of ways out of it for employers; while also imposing a massive administrative burden on employers,” McCrystal said.

As part of the legislative suite, a new definition of a casual employee was also inserted into the Fair Work Act, as well as a mechanism to stop employees incorrectly labelled as casuals from double-dipping on backpay, however meaty reforms such as criminalising wage theft were dropped.

Prime Minister Scott Morrison sparked a political storm earlier in the election campaign when he committed to reviving the dumped parts of the industrial relations omnibus bill, causing Labor to seize on provisions that would change a key employee safeguard, the “better off overall test”.

The BOOT ensures workers on enterprise agreements are paid more than the award and no employees go backwards when renegotiating pay and working conditions. The Coalition initially proposed to suspend that test for pandemic-hit businesses and relax certain aspects of it.

After Opposition Leader Anthony Albanese accused Prime Minister Scott Morrison of putting workplace conditions “up for grabs”, Industrial Relations Minister Michaelia Cash was forced to rule out changes to the BOOT, however, Morrison was less clear in his denial the test would be changed.

Asked in Perth earlier this month, Morrison only referred to the abandonment of the BOOT changes relevant to COVID-affected businesses. Major employer groups want the BOOT to be revised to allow the ratification of bargaining agreements that have majority workforce backing, and getting rid of entitlements deemed unnecessary for most workers.

Cut through the noise of the federal election campaign with news, views and expert analysis from Jacqueline Maley. Sign up to our Australia Votes 2022 newsletter here.