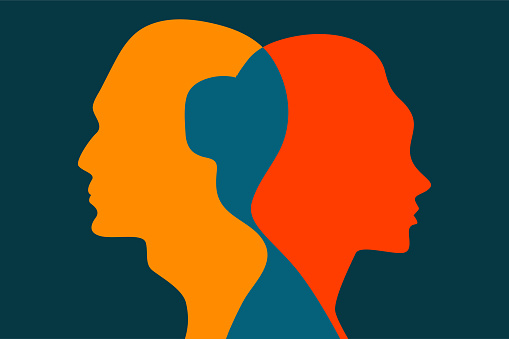 The economic crisis we’re just starting to wade into could usher in a new age of relationship breakdowns – thanks to the strain of financial stress.

As part of their report ‘measuring national well-being’ in 2015, the Office of National Statistics found that people placed ‘money worries’ at the top of the list of problems that put a strain on relationships.

In total, 62% of respondents chose that option as the worst, while ‘working long hours’ came in second with 40% – thanks, capitalism.

Interestingly, 36% thought cheating put the most strain on couples – so if money issues combine with an affair, your relationship will be in a lot of trouble indeed.

In 2014, the Washington Post published an article titled ‘the economics of adultery’, in which the writer dove into data from a dating site for those seeking extramarital relationships, showed membership grew by 166% worldwide in 2008 – when we were in the midst of a pretty serious financial crisis.

Now, in the middle of the cost of living crisis and with a stressful winter of soaring energy prices on the horizon, we could be seeing a similar pattern emerging – with Illicit Encounters, a dating specifically site for people who are already married, seeing a 169% spike in new members in the weeks ending July and beginning August.

So what is it about financial stress that could push people towards infidelity?

One site user from the South of England, who joined the website on August 2, said: ‘I’ve been married for seven years, but the past couple of months have been the most difficult patch we’ve gone through.

‘Regular arguments over bills and spending tipped me over the edge, and I just had an urge for some no-strings lust to get me out of the house. I feel less stressed, and things are improving at home because of it.’

Match’s dating expert, Hayley Quinn, tells us: ‘Financial pressure is often cited as the number one reason for divorce, and it’s easy to see why.

‘When you’re worried about where you’re going to live, or how to pay the food bill, tension creeps in.

‘Maybe one partner resents the other for not being a better provider, or seeks escapism from their relationship and wider problems by cheating. It can also be hard to maintain romance when date nights, and holidays, become permanently unaffordable.’

She says: ‘[It could be caused by] the need to escape reality when home life understandably has become so stressful, negative and even toxic. Anxiety and fear make us angry, indifferent, overwhelmed and depressed – so for couples, the result of this can lead to constant bickering, rows, resentments, as well as no affection or intimacy.

‘Feelings of being a failure and not good enough become consuming and self-worth is smashed to pieces.

‘The desire or fantasy of cheating creates floods of happy hormones and feelings of euphoria, and we will be clouded from the reality of being in a serious relationship with that person (i.e. their financial issues, irritating habits etc.) We are just caught up in the rush and high, so of course, that will be thrilling and enticing.

‘For some, it may be revenge, a way of hurting their partner if they have been hurt. A big sense of being trapped could also be at play – finances are such a major contributing factor to people having to stay in a relationship because they cannot afford to separate. It’s such an awful place to be in, and for some this devastatingly is why they are trapped in abusive relationships.’

Flirtation and affairs can boost confidence, making people feel ‘alive’ and desired when perhaps these feelings have been lost to them.

‘In those high moments,’ she adds, ‘we don’t think about the consequences or risks we are taking.’

So how can people make an effort to keep money worries from pushing their relationship apart?

‘To avoid the pressures of the cost of living tumbling into your relationship, get real about what money means to you,’ Hayley advises.

‘For many people, it’s more than just paying your heating bill. In fact, money could be linked to your sense of security or your identity. This means while one partner may feel real fear around a loss of income, another might experience this as a feeling of shame, which is only exacerbated by the anxiety that their partner is feeling about not having “enough”.

‘Do what you can to tackle this as a team. That could mean cracking out Excel to do some money management, or working out how you can cut costs together. If you’ve already cut costs down, then try to invest your time into one another even if you don’t have a budget for date night.

‘Take a picnic and walk to somewhere you’ve never been to before, turn your phone off and take your time to really listen to one another while making a home-cooked dinner.’

He says: ‘As is the case with managing most difficulties in a relationship, the key is always to maintain open and honest communication and to listen, without judgement, to the other person as much as we can.

‘This communication is with the aim that both parties are on the same page as to how they see the crisis, how they’ll deal with it and how they’ll both make any necessary changes. People might have different approaches, but their aim is likely to be the same: to get through this significant challenge together in the best way possible.

‘If it’s approached as a team, we can take responsibility and accountability for our part and play to our strengths. For one person it might be looking at ways to increase income, while for the other, their skill might be in finding ways to save.

‘As long as we keep talking and listening, keep sharing our experience of life generally, take and share the joy from life where we can and keep trying to empathise with each other as much as possible, we’ll give the relationship the best chance to move through a crisis intact. It might even be stronger as a result.’

It’s also important to look after yourself as an independent person outside the relationship unit – just not in the form of an affair.

‘If we’re going to be able to contain both our own and someone else’s increased stress levels,’ he adds, ‘we have to make sure we’re helping ourselves to feel good in ways that are in our best interests.

‘This can be more difficult in a cost of living crisis as these ways often cost money. There are inexpensive ways to keep ourselves in balance though, and it might be worth spending some time thinking about what these might be for us now.’

Dee says it’s important to not place blame on each other when the goings get tough.

She explains: ‘Own your part in things, even if that’s down to you not listening properly before, but don’t make it a blame game.

‘As much as we feel we know our partners, in times of stress and anxiety in reality we don’t know what’s going on for them – forecasting someone’s responses, no matter how close you are, is not always accurate in times of upset. No more than we can find ourselves behaving in ways that we never dreamed we would when in less straining times.

‘Share your concerns, be brave and include what may feel like an irrational fear – the point being, irrational or not, you are feeling it, therefore it affects your thoughts and behaviours, bringing out negative and upsetting feelings.

‘Do not invalidate each other’s thoughts – the most destructive and dismissive thing you can say to someone is “you should not/don’t feel like that …..”. It’s no surprise that regular dismissal of someone’s feelings will naturally lead them consciously and unconsciously to someone else who will hear them out and acknowledge what they are going through.’

There are some couples out there for whom ethical non-monogamy could be the way forward – but Hayley warns that you shouldn’t opt for this just because you need to escape reality for a bit.

She says: ‘For some people, working through this will build an emotional connection by riding out the tough times together as a team. For others, ethical non-monogamy (consensually having a sexual relationship with other partners) may feel like it breathes life into their existing relationship.

‘Don’t rush into any radical changes to the DNA of your relationship to scratch the escapism itch though. Be mindful that opening up to other partners should be a conscious lifestyle choice, not a knee-jerk reaction to times getting tough.’