It’s a memory that still seems as vivid to veteran film and television producer Damien Parer as if it had happened last week – a documentary he watched more than 65 years ago.

“I was looking at a picture of this earnest young man talking to the camera then somebody said ‘that’s your father’,” he says. “It was like a bolt of lightning.” 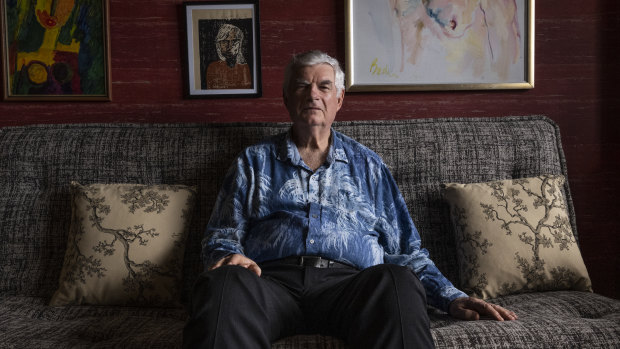 “Who is this person who’s not here but everybody keeps talking about?” : Damien Parer in his apartment.Credit:Louise Kennerley

The dashing man on screen was the celebrated World War II photographer and cinematographer also named Damien Parer, best known for his images of wounded Diggers on the Kokoda Track and the documentary Kokoda Front Line!, which won Australia’s first Academy Award.

Becoming a war cameraman after working with Charles Chauvel on Forty Thousand Horsemen and learning photographry from Max Dupain, he was just 32 when he was shot dead by a Japanese machine gunner while filming on an island near Guam. It was late 1944, five months before his new wife Elizabeth gave birth to their son.

In a new memoir, the younger Parer reveals how difficult it was growing up in the shadow of a father he never knew. As a child, he would meet returning servicemen who would hug him tightly, sometimes gently crying, and was constantly compared to the late war hero. 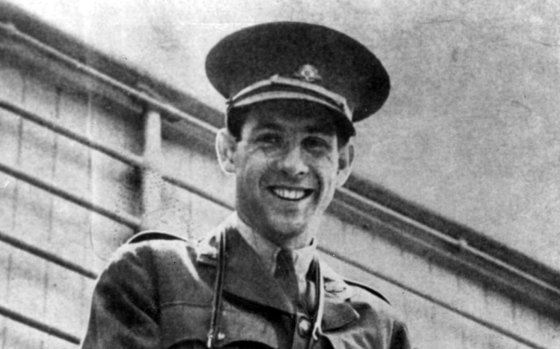 Grief-stricken Elizabeth regularly moved homes, putting her son through a series of Catholic schools which were sometimes brutalising.

That left him confused and low on self-esteem – not helped when he realised he was gay at a time when homosexuality was largely hidden away and illegal in NSW.

Now 77, Parer has had a successful career of his own, producing such films as Dead End Drive-in, Shame and Father, the cycling mini-series Tracks Of Glory and the documentary Women He’s Undressed.

But that low self-esteem resulted in drinking way too much at times, over-eating and an addiction to playing poker machines that took him four decades to overcome and cost him an estimated $500,000.

“When I perched on a stool in front of a poker machine, I was at peace for as long as the money held out,” Parer writes in Out & About. “Two weeks’ pay could easily disappear into the pokies in a night.”

In the art-filled Darlinghurst apartment that he shares with partner Kang Hoe, Parer says it was “a bit disturbing” having to talk so often about his father as a boy. He understands what it must have been like to be Don Bradman’s son.

“When you get introduced to somebody [with] ‘his father is terribly famous’, you disappear,” he says. “They don’t mean that to happen but now there’s something else far more interesting than you. You’re just an entree to something else.” 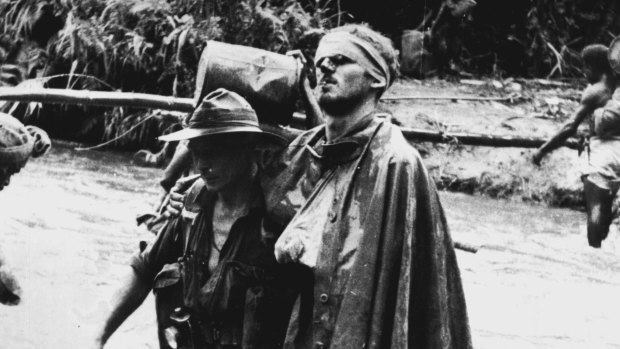 A Damien Parer image that has become iconic of the New Guinea campaign during World War II.Credit:Australian War Memorial

“As a child, you’re angry,” he says. “Who is this person who’s not here but everybody keeps talking about?

“Then later in life, by the time I was 30 or 35, there was a realisation that he didn’t try to get killed and that he’d be a great dad if he was around.”

The family connection helped Parer break into film and television after working for the Commonwealth Bank.

ABC director Gil Brealey had him play his father in a couple of scenes in the 1963 documentary The Legend of Damien Parer, which led to joining the national broadcaster as a trainee editor.

“I had found my people,” Parer writes.

Working in commercial TV later, he discovered the pokies at the famous 729 Club and they quickly became an addiction. It took going to Gamblers Anonymous after his mother’s death in 2003 to beat it.

“It’s quite humbling to listen to people cry and tell their story – or part of their story – and it’s wonderful when people are getting better,” he says.

While he would still like to make a mini-series about former South Australian premier Don Dunstan, starring Guy Pearce, Parer looks back with affection at his film-making career. The rewards, he says, are the people he’s met and the experiences he’s had. 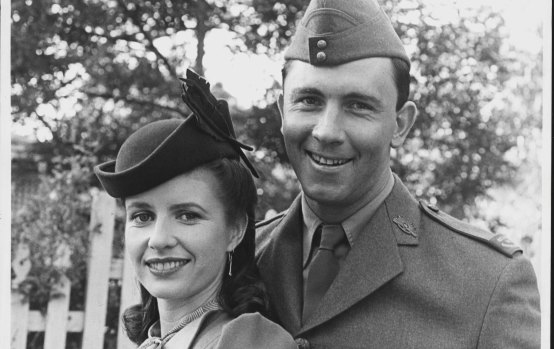 Anne Tenney and Nicholas Eadie as veteran producer Damien Parer’s mother and father in the 1988 telemovie Fragments of War – The Story of Damien Parer.Credit:Ten

“The creative process is so stimulating,” he says. “And if you get a nice team of people, they’ll work themselves to death for the production and for you. And out of it will come something quite interesting or special.”

So when did he finally come to terms with being the son of a famous father? 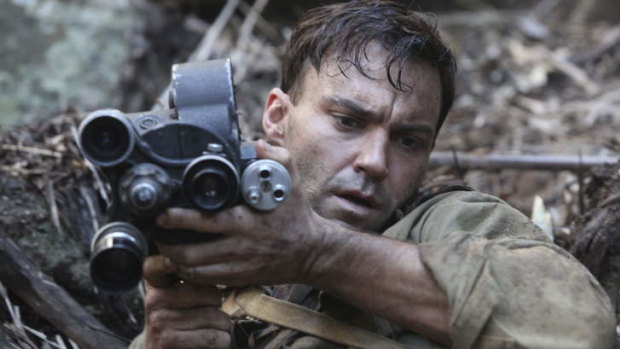 “Never,” Parer says. “I opened my Saturday paper last weekend and saw a suggestion to put him on the $5 bill. And various people in the Catholic church are talking about making him a saint, which I live in fear of.”

“Please let me die first. He was a Catholic and a good human being but he didn’t work miracles.”