The astonishing thing about the Government’s proposed legislation to override the Northern Ireland Protocol is just how moderate it is.

Look past the outraged headlines in Europhile papers. Screen out the howls of indignation from Brussels. And ask: what is being proposed?

First, the Government has said it will set up a ‘green channel’, allowing goods sent from Great Britain to Northern Ireland, with no onward destination, to be spared customs checks. Hardly radical.

Second, it wants non-exporting firms in the province to be able to choose whether to follow UK or EU regulations. Again, very reasonable.

Third, it proposes taking back the right to set taxes in Northern Ireland — a basic democratic right everywhere else. 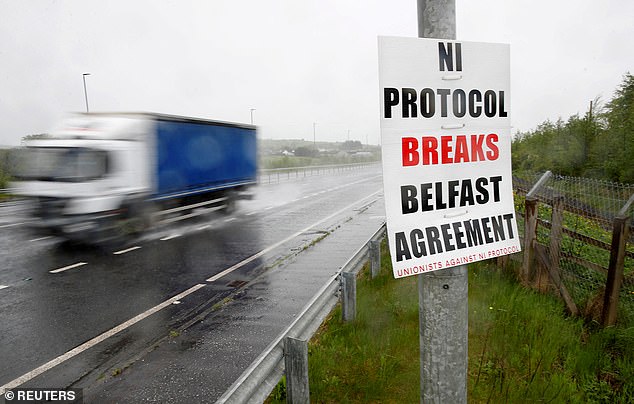 And, finally, it intends to let disputes be arbitrated, as in every other treaty, by an international tribunal. At present, the European Court of Justice has the last word, making it both a player in these disputes and the referee.

How would any of these proposals inconvenience the EU? What possible harm would Ireland or the rest of the Continental bloc suffer?

Even if we take at face value the EU’s laughable claim that its single market would be undermined if just one British sausage crossed the border into Ireland, that supposedly terrifying eventuality is no more likely under these proposals than now.

Britain will continue to police the EU’s external border on its behalf — but now, as ministers have put it, bangers will move freely from Bangor in Wales to Bangor, Northern Ireland.

No: a fair-minded observer would surely ask not why the UK is legislating to recover these basic rights, but how it ever came to surrender them.

After all, the deal has not just upset the political order, with every Unionist party opposing it, but also the economic order, adding hundreds of millions of pounds in bureaucracy. 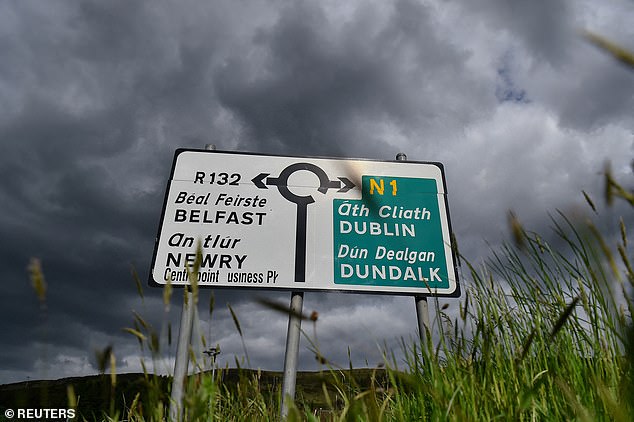 The answer is that, following the 2017 General Election, Remainer MPs would not allow Britain to leave except on terms that the EU liked. They called it ‘preventing a no-deal Brexit’ — but what it really meant was that Brussels could set its own conditions.

And, of course, once they had pinched themselves to make sure they were awake, Eurocrats jumped on the opportunity. Before June 2017, when they were still dealing with a Conservative majority, it never occurred to them to suggest that Northern Ireland might be yanked into the EU’s regulatory orbit.

But once Brussels officials understood that they were dealing with Theresa May’s weakened House of Commons, which would side with them against the British Government, they gleefully upped their claims, dropping technical negotiations around an invisible border and instead demanding the regulatory annexation of Ulster. 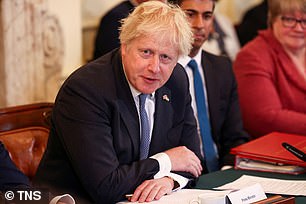 The result was the ultimate unequal treaty — one that was never going to endure once Boris Johnson won his majority in 2019.

Now, to his huge credit, the PM is tackling the issue, facing down domestic and foreign critics in order to do the right thing by the people of Northern Ireland.

What about the claim, often made overseas, that this is all about upholding the peace settlement? The UK was never going to implement infrastructure at the Irish border. Rather, it is the EU that insists on a border to preserve its single market.

Britain could simply have said: ‘We’re leaving, but we won’t put in any border checks. What you do on your side is your business.’

But we haven’t done that. Aware of the political delicacies in Northern Ireland, we have bent over backwards to help the EU police its imports, spending millions of pounds on systems that check goods as they cross the Irish Sea and giving the EU real-time access to that data.

Why, then, with economies shrinking worldwide, are Eurocrats threatening something as radical as a trade war?

Why, as the UK does the heavy lifting in Ukraine, does Emmanuel Macron take a harder line with Britain (‘nothing is negotiable, everything is applicable’) than with Russia (‘we must never cede to the temptation of humiliation, nor to a spirit of revenge’)?

There is only one explanation. The EU’s stated motives are not its real ones. If this were just about ensuring British bangers were kept out of Bangor Erris (a village in County Mayo), Brussels would accept the UK’s proposals. 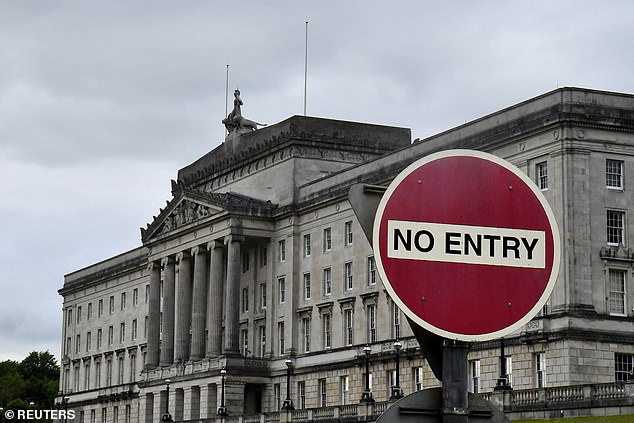 The Government argued that the ‘maintenance of stable social and political conditions in Northern Ireland’ were among ‘essential interests’ of the UK. (‘no entry’ sign near the Stormont Parliament Buildings)

But they have other goals. They want to further the European cause and encourage Irish unity via economics.

So far, they are succeeding.

Exports from Northern Ireland to the Republic jumped by 60 per cent in the first nine months of 2021. Ireland’s statistics authorities recorded £1 billion of ‘trade diversion’ last year as companies on the British mainland stopped selling into Belfast.

Dublin wants to ensure that Britain does not gain any commercial advantages, and does not start importing beef from the U.S. instead of Ireland.

Most of all, the EU is determined to show that leaving hurts. It wants the Protocol to irritate. Eurocrats have no interest in making life easier for people in Northern Ireland.

Nor in the peace process. Indeed, the only party in this saga to have proposed putting a hard border in Ireland was the EU — from pique, because Britain’s vaccine rollout had been faster than its own.

For over a year, Britain has been proposing a series of complex and creative alternatives that would keep Northern Ireland’s border open while ensuring that the EU need fear no ‘leakage’ of goods.

But Brussels is not engaging. The current situation, where Britain is humiliated and an all-Ireland economy is taking shape, suits it very well.

‘But you signed the agreement!’ chorus the Government’s critics. To which I say: is that all you’ve got? Having deliberately destroyed the Government’s negotiating position from 2017, having actually passed a law in 2019 to prevent Britain leaving except on terms amenable to Brussels, you now complain about the resulting treaty?

Well, treaties — and international laws — don’t last for ever. The 1921 Anglo-Irish Treaty, for example, was steadily repudiated as the new Free State government in Dublin broke its remaining links with Britain, declared a republic and left the Commonwealth.

What’s more, the Protocol was specifically designed to be transitional. The EU insisted on negotiating it as part of our exit terms rather than as part of the final settlement. It contains a mechanism for either party to act unilaterally in the event of trade diversion or political and economic disruption. These conditions have plainly been met.

Boris’s Bill is well-drafted, offering measured and lasting solutions. Yes, it would be better if the EU were prepared to negotiate. But, given the choice between humouring Brussels and preserving stability in Northern Ireland, any self-respecting British government should choose the second option. And any self-respecting MP should back it.