MILAN (Reuters) – Gucci abandoned the catwalk for the launch of its new “Epilogue” collection on Friday, opting instead for portraits of its designers modelling their creations and a 12-hour livestream video from its campaign shoot in a resplendent palazzo in Rome. 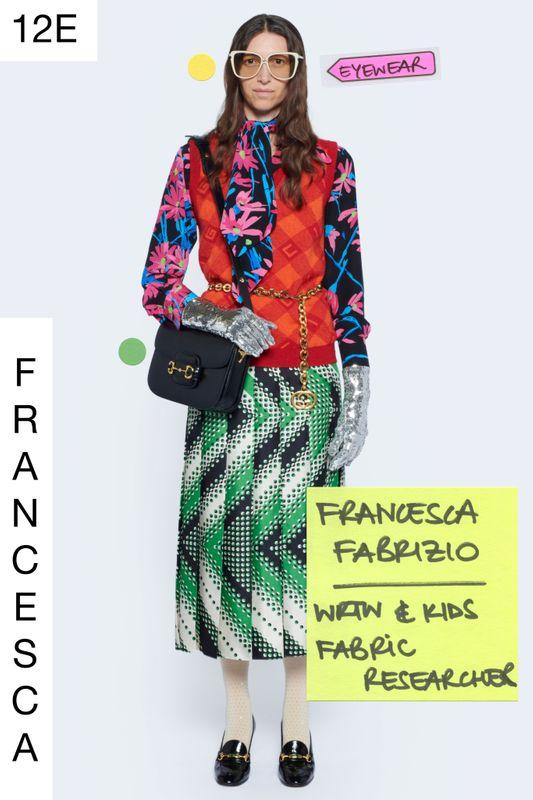 With social distancing measures and travel restrictions preventing foreign models as well as guests from flying in, the coronavirus pandemic has forced high-end labels to throw out the traditional fashion show format.

Creative director Alessandro Michele, who took the helm at Gucci in 2015, said Friday’s event was the last in a three-part series focusing on the making of clothes and the behind-the-curtains work that goes into a fashion collection.

The livestream video of the photoshoot at the stuccoed 16th century Palazzo began at 8 am (0600 GMT), and showed staff at work styling the brand’s designers as models, many wearing face masks and visors.

In a 20-minute segment to showcase the new collection, Gucci presented portrait pictures of its designers wearing the clothes they created for Epilogue, meant to be both seasonless and genderless and due to enter stores in the autumn.

Michele’s flamboyant, flowery dresses, the use of bold colours and a nod to the 1970s have helped turn Gucci, part of French group Kering , into one of the fastest-growing brands in recent years.

Friday’s show was part of a journey that “wants to generate a questioning about the rules, the roles and the functions that keep the world of fashion going,” Michele said in a statement.

Back in February, just days before the coronavirus pandemic emerged in Europe after first hitting China, Gucci’s women fashion show in Milan had featured guests entering the brand’s headquarters through the backstage area, walking past desks where stylists worked on models’ hair and makeup.

Michele has said the pandemic should trigger a rethink of the fashion calendar and how collections are presented, and announced in May that he would cut the number of yearly shows to two from five.

Months of lockdown have forced high-end fashion houses to shut shops across the globe and idle manufacturing sites, leaving them with piles of unsold stock.

Gucci’s collection was presented on the last day of Milan’s menswear fashion week, which like post-lockdown shows in Paris and London was held in mostly digital-only format, without the usual contingent of foreign buyers, media and influencers.