Legal aid lawyer Mary Lovelock hears the same stories over and over again.

A recent case follows what she calls “the granny flat situation”. An elderly woman was told by her daughter to sell her home and move in with her, with the $400,000 proceeds going towards the building of a granny flat and other renovations. 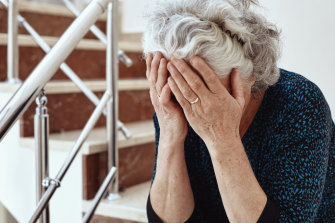 For some, coronavirus has worsened the situation by forcing many families back together.Credit:iStock

There was no written agreement. At some point, the relationship broke down and the elderly woman was told to move out – with no money and no other home to go to.

“She’s just been devastated,” says Lovelock, who is a senior solicitor at the Central Coast Elder Abuse Unit in NSW. “She’s absolutely heartbroken. She’d lost her husband a few years beforehand. She thought she had a good relationship with her daughter.”

It’s a familiar story to Lovelock because it’s estimated about 10 per cent or nearly 500,000 elderly people experience some form of abuse, usually financial or psychological, according to advocacy group Elder Abuse Action Australia.

Legal aid lawyer Mary Lovelock says in many instances elderly are left susceptible to the behaviour of friends, family and helpers.

And the perpetrators aren’t internet scammers or unscrupulous salespeople hoodwinking the vulnerable – it’s their own blood.

The majority of elder abuse takes place by family members, friends and helpers, research has found. It takes many forms, such as siphoning off dollars when doing the groceries or paying bills, or not contributing to household expenses, or failing to repay loans. There can be psychological abuse such as threatening, shouting and humiliation. There are instances of medical treatment being withheld because family members didn’t want their inheritance impacted.

Lovelock’s unit was set up in late 2019 as part of a three-year national pilot of specialist services funded by the Commonwealth Government. Cases are generally picked up and referred to the unit by other stakeholders such as domestic violence services, hospital social workers or at-home care workers.

The woman who lost her home came across the radar when she was hospitalised for depression and let slip to a social worker that she had nowhere to go once she was discharged. The social worker was able to arrange housing and the woman has also since been connected with legal services to help her recover some of the funds.

“She’s been empowered to take legal action to recover the money she put into that house,” says Lovelock. “That’s really important because when she first came to us, she didn’t want to do that. She just said ‘I want somewhere to live.’ And over the course of her interaction with us, she’s been able to change her perspective to acknowledge that actually it was financial abuse and she has a right to that money.

“We’ve been able to support her to advocate for herself, and that’s an amazing change from when she first came to us.”

The hurdle of protective instincts

Lovelock says it takes a long time for elderly people to recognise abuse in close relationships. Even when they do, they are hesitant to take action because they don’t want to get their son or daughter, or whoever the perpetrator is, into trouble. Even after everything, there is still an instinct to protect.

“It’s abuse within a relationship of trust that defines it and makes it different from the dodgy scammer,” she says.

“It can be heartbreaking for old people because it butts up against the nurturing parental instinct to always look after your child. We have to respect that sometimes it may take a length of time for older people to speak out about their children and their abusive behaviour.”

She believes awareness of elder abuse sits at where domestic violence was about 15 or 20 years ago, and says there is much work to be done for older people to recognise it, and for people in the community to see it and reach out, too. And tackling elder abuse needs the coordination of a number of services like counselling, legal help or aged care services, she says.

In her unit, nearly two-thirds of cases are women, and half of all cases involve a son or daughter as the perpetrator. Overall, 75 per cent report financial abuse and 55 per cent psychological abuse. As a result of the abuse, about 40 per cent of cases were at risk of homelessness.

Elsewhere, a recent report by the UnitingCare Queensland’s Elder Abuse Prevention Unit, funded by the Queensland Government, found that 96 per cent of abuse happened within family relationships, 71 per cent by sons and daughters. More than half were living together. In about a quarter of cases, the perpetrators were providing care the victim was dependent upon. In more than a third of cases, abuse occurred daily. Just under 20 per cent of cases had been experiencing abuse for 10 years or more.

And the biggest barrier to action was not fear of further harm – in 53 per cent of cases it was to protect the perpetrator and the victim’s relationship with them.

A matter for everyone

Diedre Timms is co-chair of EAAA, which was set up in 2018 and is funded by the Attorney General’s office.

She agrees there is much work to do in getting people to recognise elder abuse.

“It’s like family violence in that it’s a complex scenario and we have to make sure older people realise it’s OK to speak up,” she says. 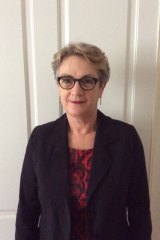 Co-chair of EAAA Diedre Timms says we need more ways for people to speak up.

“We had an awareness article in a local paper in January and a woman cut it out. She didn’t call us until June and she said, ‘I’ve been reading that article every couple of weeks. I think that’s me – I think I am being abused.’ It took her that long to actually recognise that she was being abused and get the courage to ring.”

For advocates in the sector, much is hanging on the National Elder Abuse Prevalence Study, a $2 million research project commissioned by the Australian Government Attorney-General’s Department that claims to be the first large-scale nationwide assessment.

It’s anticipated that in providing concrete data, it will throw weight behind the cause and its pervasiveness, and provide that vital building block for support for funding, policy and services.

But when it will be published remains a mystery, given that EAAA had expected the findings to be released by now and it is unclear why there have been delays.

The Australian Institute for Family Studies, which has been commissioned to do the research, was unable to provide any information about the study.

Similarly, the Attorney-General’s office was unable to answer a direct question about when the study might emerge, stating only: “The Australian Government is aware of the high level of community interest in the report findings.”

In current times, Lovelock says coronavirus has worsened the situation by forcing many families back together under difficult circumstances. But the other side of it is that the pandemic has sparked a greater sense of community, with people checking in on the vulnerable in their neighbourhoods.

This, says Lovelock, should be the norm.

“It’s a benchmark of a society, how it treats its older and more vulnerable citizens. Elder abuse can have devastating consequences for the older person, physically, emotionally and financially, and there’s increased risk of stress, depression and of hospitalisation. As a community, we need to do better. We need to look out for our older people.”

1800 ELDERHelp (1800 353 374) is a free phone number that redirects callers seeking information and advice on elder abuse with the phone service in their state or territory. In case of emergency, call 000.

Make the most of your health, relationships, fitness and nutrition with our Live Well newsletter. Get it in your inbox every Monday.

Most Viewed in Lifestyle