Former teenage tearaway who robbed petrol stations says being stabbed at 15 and becoming a dad at 17 were ‘wake-up calls’ to change – and his Gen-Z empire is now worth £1.4M

A former teenage criminal who once robbed petrol stations and even had computers stolen to order from his own school to sell on for profit has revealed how he turned his life around – and now owns a company that’s been so successful he was invited to Downing Street in 2018.

Jay Richards, 29, from London, says he was ‘good at being bad’ and wasted much of his early teenage years getting into trouble – including a fight with his best friend over a girl at the age of 15 that left him stabbed and bleeding in a gutter.

A dad himself at just 17, Richards is the fifth of six children born to a Jamaican mother and an English father, and says his life was heading on a very different trajectory until fatherhood and a teacher spotting his business potential set him on the right path. 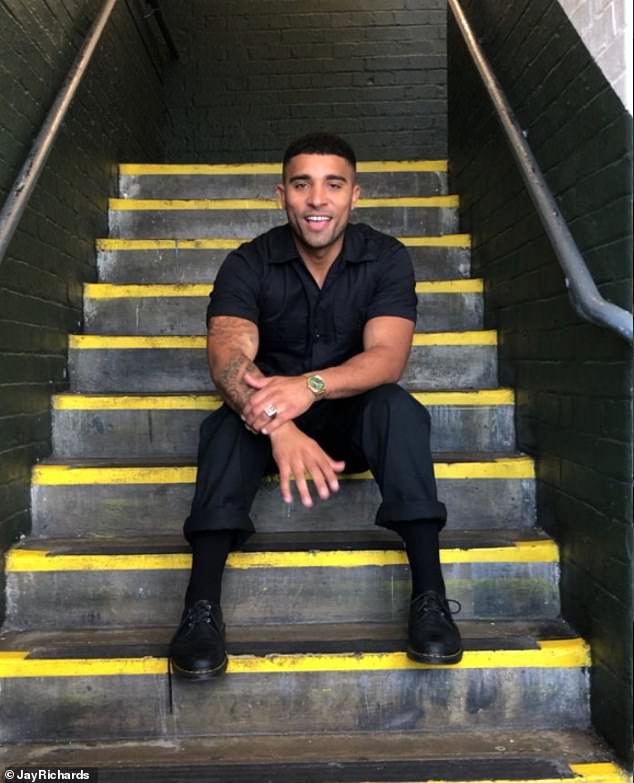 Stairway to success: Jay Richards, 29, from London, says he escaped troubled teenage years after he was stabbed in the leg and left bleeding in a gutter following a fight with his best friend and he became a father at just 17, both of which were wake-up calls that spurred him on 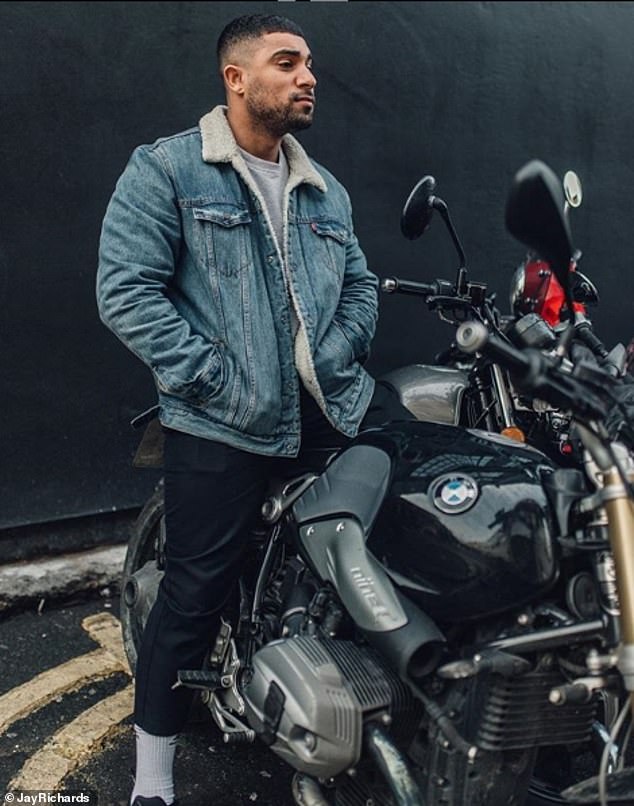 The millennial decided to create DivInc, a business that hooks up corporate clients who don’t know how to reach younger audiences with talent from Generation-Z – those born after 1995 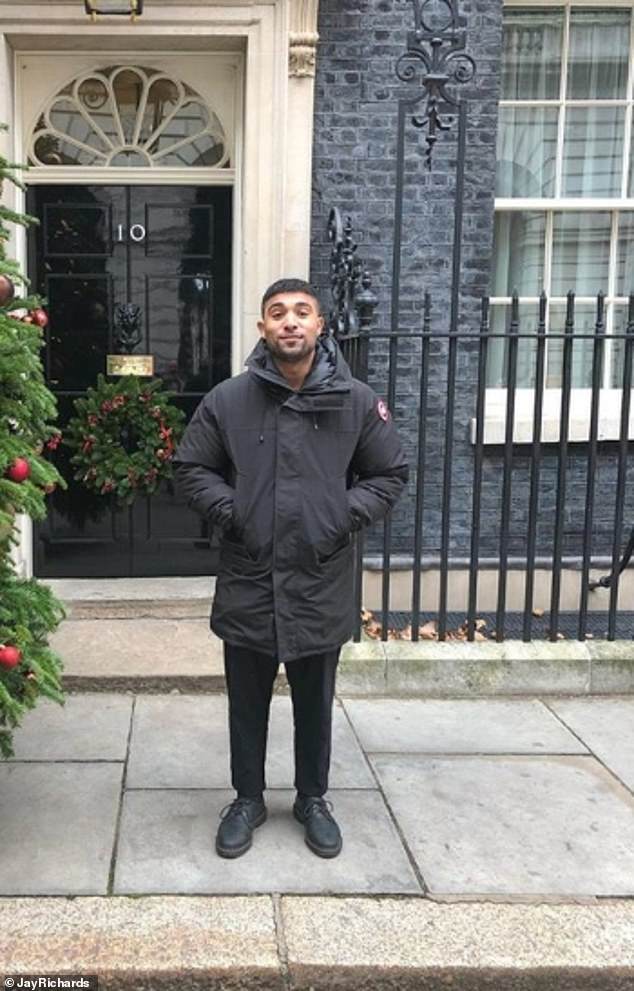 A meteoric rise has seen Jay named as one to watch in the annual Forbes 30 under 30 list, and at the end of 2018 he was invited to Downing Street to talk about his business

Named on the prestigious Forbes 30 under 30 list earlier this year, his company, DivInc, is already valued at £1.4million and looks set to be valued at £2million by 2021.

Spotting a gap in the market for helping big corporate brands such at the NFL, Facebook and Chelsea FC reach Generation Z, that lucrative latest cohort of young people born after 1995, has seen Richards’ business soar.

He explains how the company works: ‘We have access to 200,000 Gen-Z talents across the country. We bring that talent in to big brands, they work with them for a few days and then they go back to their school or college, often having earned around £150 a day.’

He says such talented youngsters almost always don’t have the right connections to ‘get into the room’ with major players.

‘We partner with over 2,000 schools and graduate recruitment firms around the country and offer paid opportunities to young people. Landing the NFL contract was massive for us. There’s not many people doing what we do. There are loads of young people who are talented that would never get into the room.’ 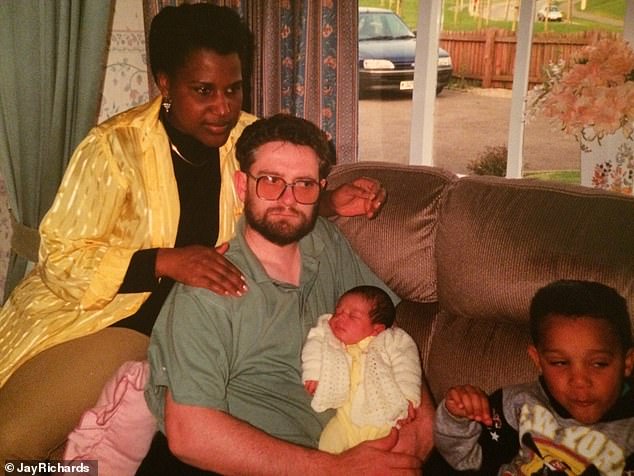 Jay pictured with his mum Irma, left, and dad Andrew. He says his mum and dad set an example that working hard was the only way to succeed, something that has stayed with Jay 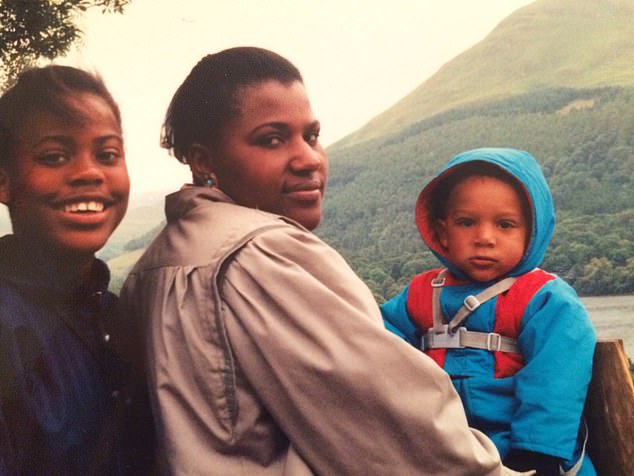 Richards, a former consultant in the City, took a 40 per cent pay cut to start his business and he didn’t pay himself a salary at all for a year and a half.

Now, backed by five global investors, he says: ‘We’re profitable, we’re growing and over the next two years I reckon we’ll be doing a couple of million in turnover by 2021, 2022.’

WHO ARE GENERATION Z?

Generation Z or Gen-Z (often pronounced ‘Gen-Zee’) is the generational group that followed millennials, being born typically after 1995

How did he get the inspiration for it?  He explains: ‘My company would have 100 per cent have helped someone like me when I was a teenager. Education sometimes can be a one-size-fits-all scenario. If I’d have had the chance to work with a brand like the NFL, that would have changed everything.’

He says his parents, Irma, who arrived in the UK from Jamaica at just 16, and Andrew worked tirelessly in their jobs to provide a decent start for their children but it didn’t stop Jay going off the rails. 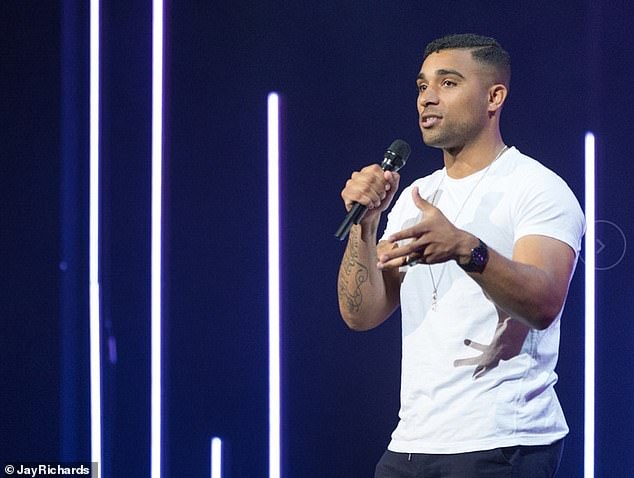 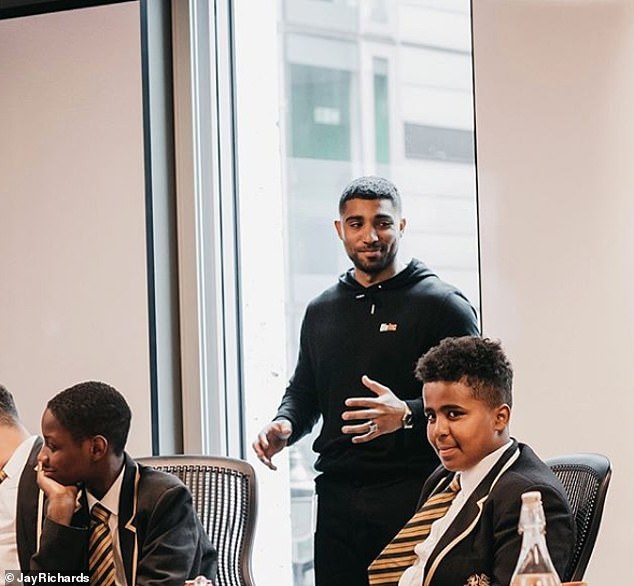 Jay says: ‘By the age of 14, 15, I was basically good at being bad at school. I had amazing parents but I was the fifth of six kids so by the time they got to me, I was just doing my own thing, causing trouble.’

He explains: ‘I was never involved in gangs but I was into making money, I used to get younger children in my school to steal computer parts. I’d take a whole computer to the market and sell it.’

The dodgy dealings would see him pay the younger students £50 for every total computer they stole, and he’d then sell it on for up to £200.

‘We probably sold ten or 15 computers before getting caught’, he says.

He didn’t face criminal proceedings, escaping with suspension and a slap on the wrist – and a dressing down from his business studies teacher who had spotted his potential early on.

Says Jay: ‘Mr Wright told me: “You’re wasting your life. This isn’t going to end well for you if you continue down this path.”

‘I wasn’t sure where I fitted in. I was extroverted and you get in trouble for that at school, I was acting out, pretty much, trying to get attention.’ 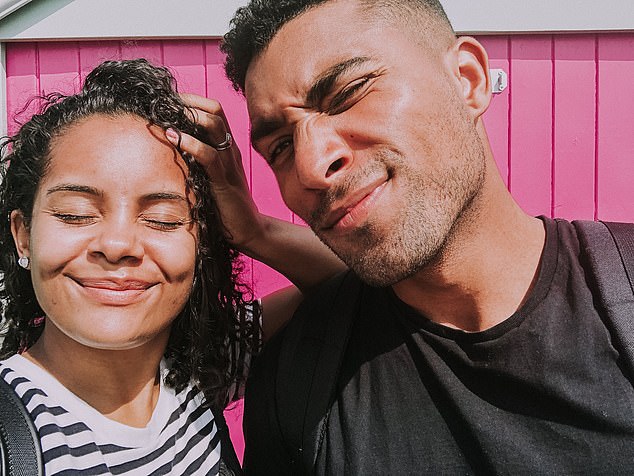 Happily married, Jay says that his 12-year-old son, born when he was just 17, is his best friend

At 15, he also got into a fight over a girl with a friend and was stabbed in his left leg and left bleeding in a gutter before being whisked to hospital.

He says: ‘I got stitched up and my mother was not happy about it but it was those two situations – being suspended and getting stabbed – matched with my business studies teacher taking the time to talk to me that changed my course. It was a big wake-up call.’

He says he hopes he can now inspire others: ‘My problems came from a place of not knowing where to put my skills and my abilities. After Mr Wright spoke to me, I switched on and was able to leave high school with some good GCSEs, and then went to college and university.’

His mum found him in his room in his late teens reading his first book. Losing My Virginity, the autobiography of Sir Richard Branson, and he admits he now devours books that will help him succeed.

Not that the married father-of-one is resting on his laurels: ‘There is no splashing out happening at all. I’ve reduced my salary more and more as the time has gone on. Every money I make from speaking engagements etc goes straight back into the business.’