“I am a first-generation college student so my parents weren’t really able to offer me guidance,” she told “Good Morning America.” “To me it just seemed like the natural process was to go to college and rack up a bunch of student loan debt and just worry about it after when you’re paying on it for the next 10 to 15 years of your life.”

Epperson attended a public college in Ohio that she said she attended solely because of its affordability. She took out only federal loans and worked at least one job throughout college, including on-campus jobs that gave her free room and board.

She also purchased a car during college, which added to her debt. After graduating, she was left with loan payments totaling nearly $400 per month.

The “a-ha” financial moment for Epperson came a few months after her college graduation when she decided to purchase a home. Even with her debt, she said she was encouraged to become a home buyer and had no problem securing a bank loan.

“I didn’t know where my money was going. I didn’t have a plan for my spending or for my investing,” she said. “That’s when I realized that if something were to happen, if I were to lose my job or whatever, that I would be out of luck when it came to finances.”

That moment, in the spring of 2018, spurred Epperson, of Dayton, Ohio, to begin meticulously tracking and budgeting her money. One year later, this May, she had paid off the $20,000. 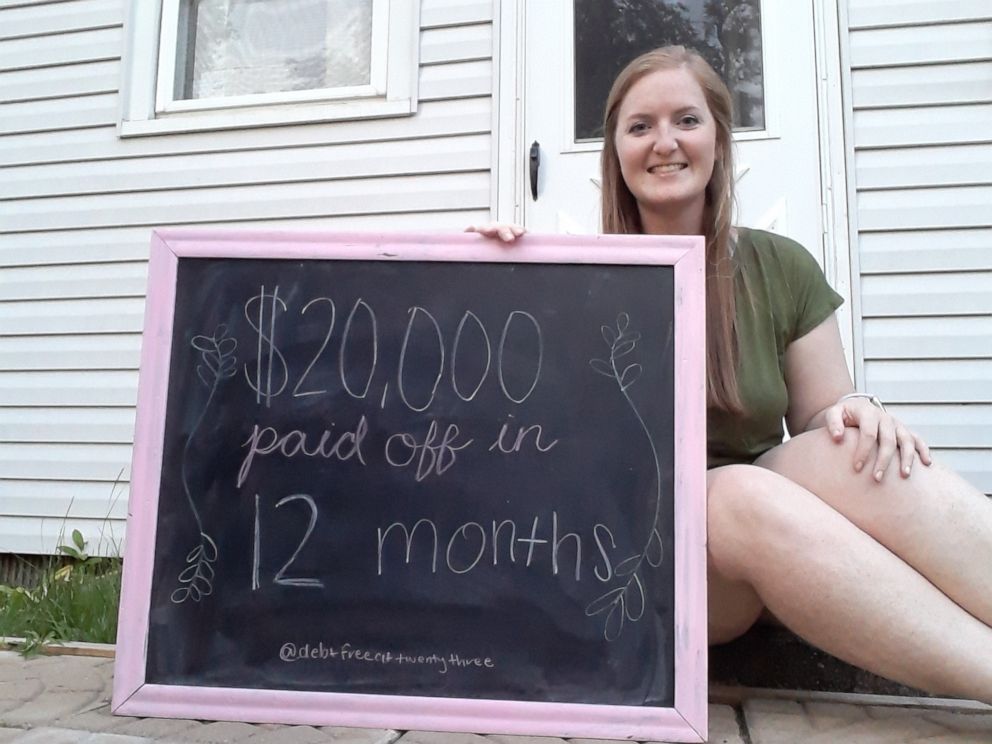 “I always tell people, ‘If I can do it, anyone can do it,'” she said. “I’m a nurse by trade. I have no financial background at all. I think with a little discipline people are way more capable than they think they are.”

Epperson’s first step was to track her monthly expenses just by using an Excel sheet pre-set for budgeting. That way, she was able to see how much money she had left after paying her expenses.

“I realized in that month, ‘Wow, this is actually a substantial amount of money that instead of throwing it away on dumb, frivolous expenses I could just be putting this toward debt and paying it off a lot faster,'” she said. “Then it just kind of snowballed from there.”

Epperson decided to pay off her car loan first because it was significantly less than her student loans. 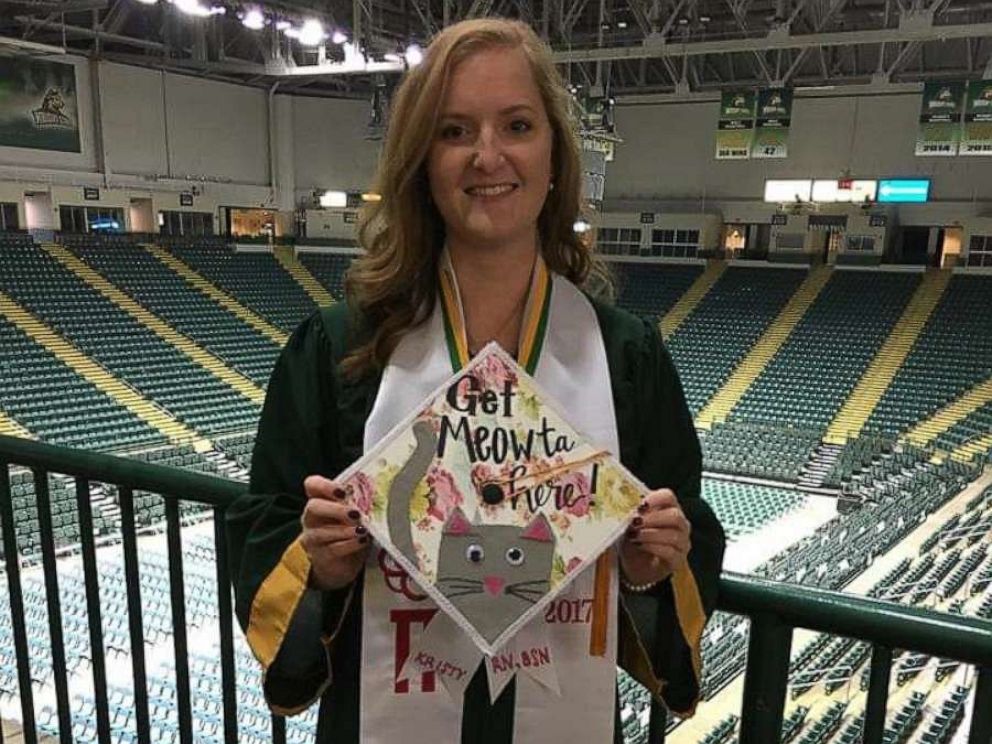 She said she did it by cutting out of her life the expenses we’re always told to eliminate to save money, things like coffee and eating out.

“It adds up so quickly when you think you’re just eating out once a week but you’re actually buying little things here and there,” she said. “And at my job I have the capability to use my badge to buy food in the cafeteria or stuff at the gift shop, and that was money I was never seeing so I wasn’t taking it into account.”

Taking those conveniences out of her every day life has been what Epperson calls the “biggest sacrifice” of her debt-free journey. That means making her own coffee, packing her lunch every day, buying foods in bulk and not paying for anything she can do herself.

Still, Epperson said watching the number she owed on her car go down made it “addicting’ to keep going. She soon saw her college loan debt as “not as daunting.”

With that motivation, Epperson began using cash to hold herself even more accountable. She would withdraw cash at the beginning of the month and divide it in envelopes by categories like groceries, entertainment and gas.

“It’s pretty easy to hold yourself accountable because once you run over in a category, it’s a pretty clear message that you’re out of spending money for that month in that category,” she said. 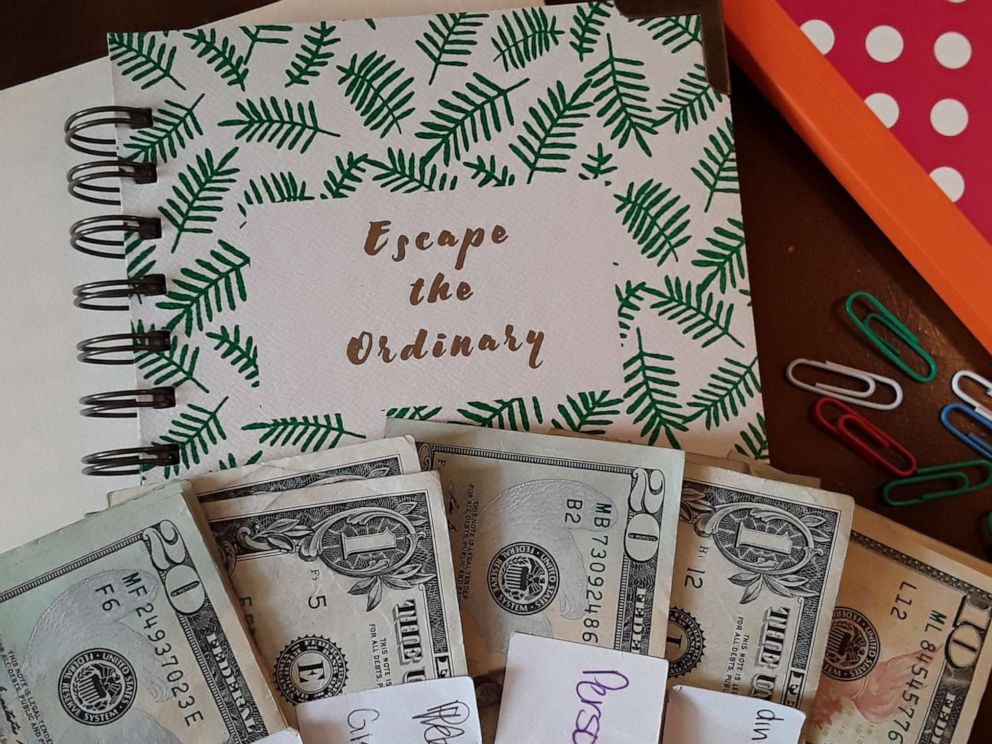 Epperson also reached out for support when she needed it, especially about six months into her debt-erasing journey.

“I was kind of feeling discouraged, like wanting to quit and just pay the debt over the next seven years or whatever it would have amounted to,” she said. “Then I found a community on Instagram, the #DebtFreeCommunity, and I created my Instagram account.”

Epperson uses her @debtfreeattwentythree account to interact with people and offer tips.

“I was just so financially illiterate even six months ago compared to now,” said Epperson, who said she is self-taught with the help of financial books and Google. “If I can teach myself this information and get inspired to do it, I just really feel that anyone can.”

When she became debt free in May, Epperson said she felt a sense of freedom.

“Paying off my debt was more than just a financial journey for me,” she said. “It was emotional and something I was able to get really invested in and just prove to myself that Ii’m capable of doing anything that I set my mind to.”

Epperson is continuing to save money so she will have six months worth of expenses saved for an emergency fund.

“But after that I really plan to travel more and just be able to give freely to people,” she said. “If someone is in need or needs something that I’ll have extra money in my budget to help them.”

1) Choose an affordable college: “One of the best decisions that I ever made was going to the university that I did because it was very affordable. That was not my first choice by any means. I wanted to go to a bigger public school but just couldn’t afford it.”

2) Remember student loans are just an option: “Don’t assume you have to take on student loan debt just because that’s what society tells you. One of the best decisions that I ever made was going to the university that I did because it was very affordable.”

3) Find a financial strategy that works for you: “You can’t just think of your money now, you have to think ahead. Find a financial plan that’s going to suit you and your lifestyle 10 years from now. If you’re racking up all this debt, where are you going to be in five years because of that?”

4) Take on extra work: “I worked at least one job all through college and through that I was able to pay part of my tuition in cash, which was huge, and that’s how I was able to graduate with so few student loans. I was also a resident assistant which gave me free room and board and I had a few other jobs on campus that had similar perks.”

5) Only use loans as a last resort: “A lot of kids are encouraged to take out loans for cost of living expenses, just for a little bit of security, and I would just challenge people to figure out a way around that. If you work hard during the summer and you work a full-time job, you’re going to be fine.”