Twin sisters, 76, who were adopted separately and spent 66 years living just three MILES from each other before being reunited by Long Lost Family say they now feel ‘like one’

Twin sisters who were separated at birth say their lives have changed ‘for the better’ since they were reunited on Long Lost Family nine years ago.

Jennifer Wilson and Kathleen Millns, now 76, were adopted at birth by two families in Rotherham, South Yorkshire, after their unmarried biological mother decided she could not afford to take care of them.

The pair were brought back together in an emotional episode of Long Lost Family in 2010, becoming the first twins to be reunited by the the ITV show.

Jennifer and Kathleen were shocked to discover they had been living just three miles away from each other – and even shared the same GP.

The sisters speak about the joy of being together in a special episode, Long Lost Family Twins: What Happened Next, which airs tonight. 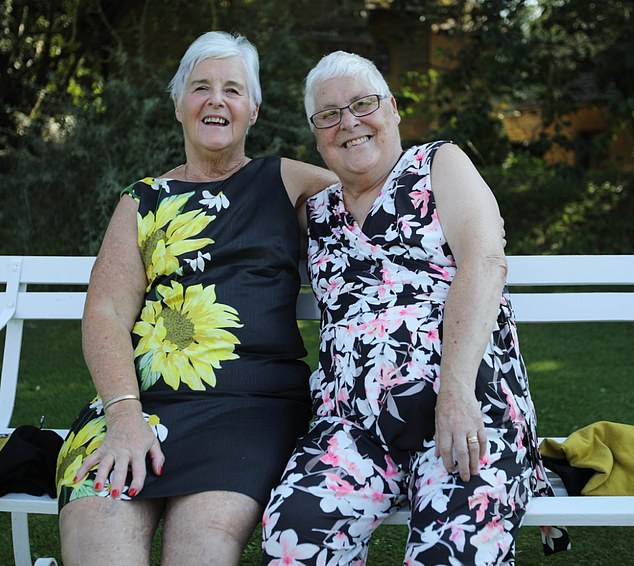 Today: Jennifer Wilson (left) and Kathleen Millns, now 76, were adopted at birth by two families in Rotherham, South Yorkshire, after their biological mother decided she could not afford to take care of them. The sisters are visited on an episode of Long Lost Family tonight 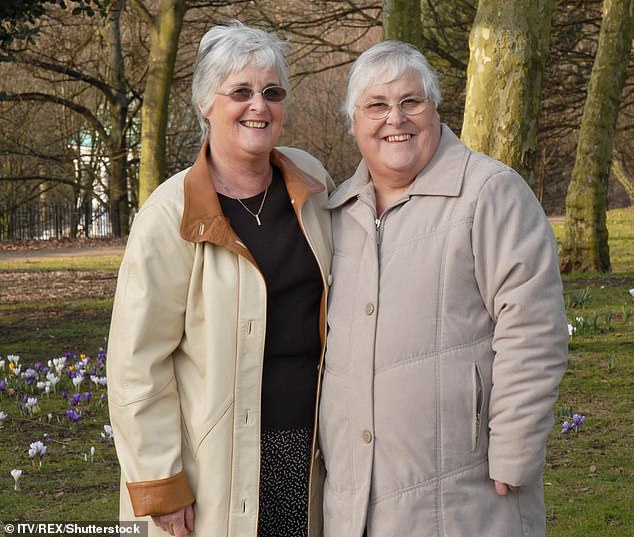 2010: The pair were reunited on Long Lost Family in 2010 (pictured), becoming the first twins to be reunited by the the ITV show. Jennifer and Kathleen were shocked to discover they had been living just three miles away from each other – and even shared the same GP

Kathleen says: ‘It’s as if I’ve always known her, that I’ve never been without her. It’s an unusual bond. It’s as if you’re one.

‘My life has been changed for the better ever since Jenny and I were finally reunited.’

Jennifer adds: ‘I think about Kath most days. It’s just grown and grown. We never have an argument.’

Their biological mother already had a son and was still living at home with her parents when she fell pregnant with the twins.

Jennifer explains: ‘There basically wasn’t even enough room for me and Kath as well – it didn’t seem to be an option for her [their biological mother] to go and get her own place either so she decided to give us up for adoption. 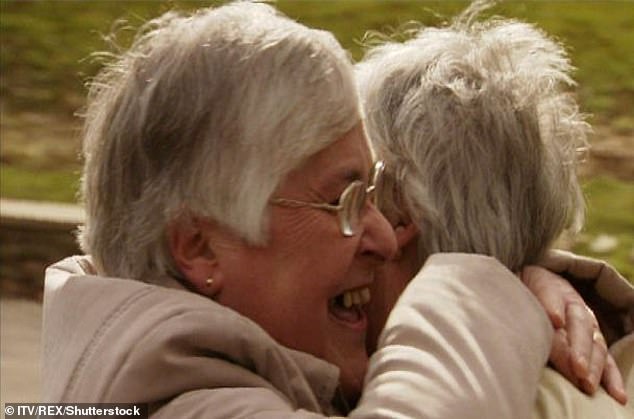 Reunited: The twins pictured as they run into one another’s embrace when meeting for the first time. The sisters discovered they had children and grandchildren in the same drama group

‘I was adopted by my mother’s neighbours two doors down and Kath went to a different family a few miles away.’

Jennifer knew her biological mother growing up but was told ‘Eva’ was a family friend. However she discovered the truth at the age of 11 when her cousin told her she was adopted. Jennifer also grew up knowing she had a twin sister.

Kathleen believed she was an only child and only discovered she had a twin when she was contacted by the show in 2010.

The sisters, who recently celebrated their 76th birthday together, felt an immediate bond.

They now holiday together and have a standing date every Wednesday, when they catch up over coffee or clothes shopping. 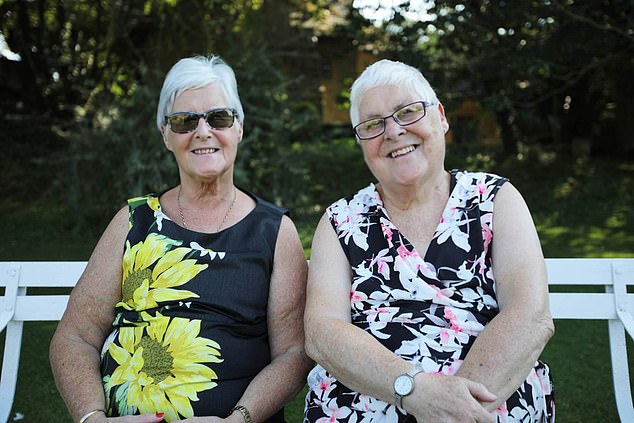 Feeling ‘whole’: Nine years on, the twins (pictured) are close than ever – going on holiday together and spending every Wednesday with one another

Their families agree the reunion has given the women a new lease of life.

‘We look at my mother now and it’s like it’s took 20 years off her,’ Kathleen’s son says on tonight’s show.

Jennifer’s daughter Nicole O’Halloran adds: ‘It’s 100 per cent changed both of their lives.

‘I can’t ever imagine them being a part. There was definitely a part missing from my mother but now she’s found her, she’s like whole.

‘I think it’s obvious that they’re twins as they’re so similar. They often finish each others sentences.’

Long Lost Family Twins: What Happened Next is on tonight, 9pm.