Two cabin crew members who fell in love after meeting in the skies have lifted the lid on the realities of working at 30,000ft.

Nathalie Petersson, 31, and Stefano Avellino, 27, who met three years ago aboard a flight to Melbourne, have racked up over 77,000 YouTube subscribers from vlogging about their seemingly glamorous life in Dubai working for Emirates Airline.

Nathalie and Stefano, who are currently based in Mexico, have travelled to countries across the globe, including Italy, Sweden and Lebanon as part of their job.

Their latest video saw them vlogging about a shift  flying from Dubai to Copenhagen, in which they reveal there’s ‘a lot of hard work’ behind their enviable travel snaps posted on social media.

The couple, who have both been working for Emirates Airline for over five years, have so far racked up over 4 million views on their video about an average day as flight attendants.

They say their videos have gone viral because people have become more interested in travel since the pandemic. 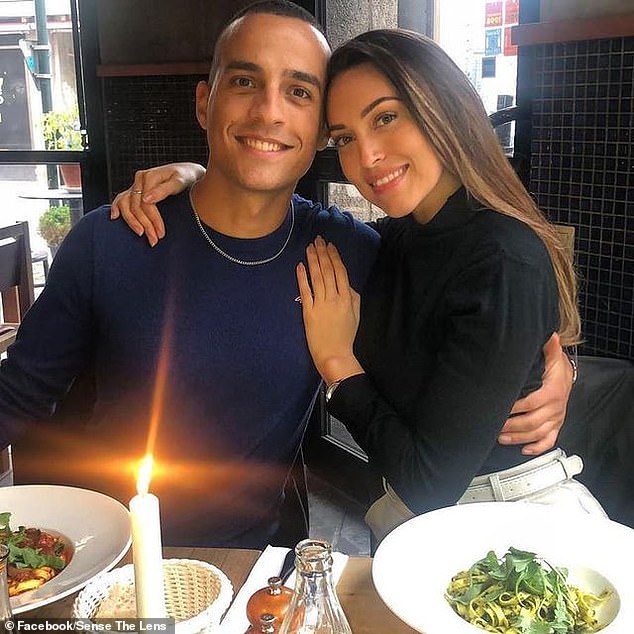 Flight attendants Stefano Avellino and Nathalie Petersson (pictured), who are currently based in Mexico, have gone viral on YouTube after revealing what it’s like to work for Emirates Airline as flight attendants 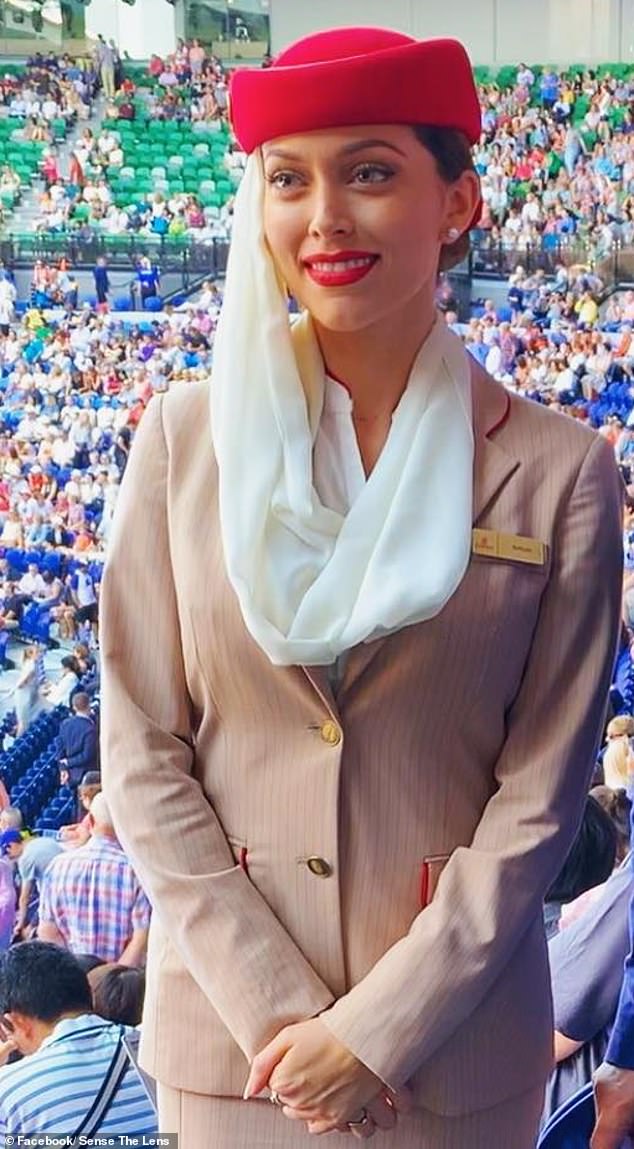 Early starts: Nathalie said cabin crew have to get an Emirates air bus to the headquarters at least two hours before the flight is due to depart

A DAY’S WORK BEGINS LONG BEFORE THE FLIGHT

In their latest video, the couple highlight that it’s not all international jet-setting and fancy hotels, saying their day often starts the night before because they have to pack for early flights, and then get up at the crack of dawn to prep for them.

They have spoken candidly elsewhere about Emirates providing accommodation for crew, but that they have to live with the same gender.

Crew members can stay together during visits, but those who don’t work for the airline must leave by 1am. However, the rule can be avoided by requesting to live outside of the crew accommodation.

Nathalie and Stefano are able to request around five flight preferences a month or swap when they want to be on the same journey.

The pair show themselves multitasking getting dressed and having breakfast before sunrise after waking up at 4.19am.

Showing themselves putting their uniform on, Stefano explained that crew have to wear clip on ties for safety – because a ‘crazy’ passenger could pull them, or they could get caught on something.

Stefano added that they have to check their bags are fully packed before leaving the house, saying: ‘The last necessary things, like duty free pouch and our food which has been prepared from the day before.’

The couple told their fans that they have to be present at least two hours before departure to attend staff briefings and perform security checks.

Stefano admitted that they aren’t always sure about the foods that can be taken through security despite flying everyday, as he asked Nathalie for her opinion on bringing cream to eat with his strawberries.

They prefer to bring their own food to work because they have limited options as vegans and believe it’s healthier. 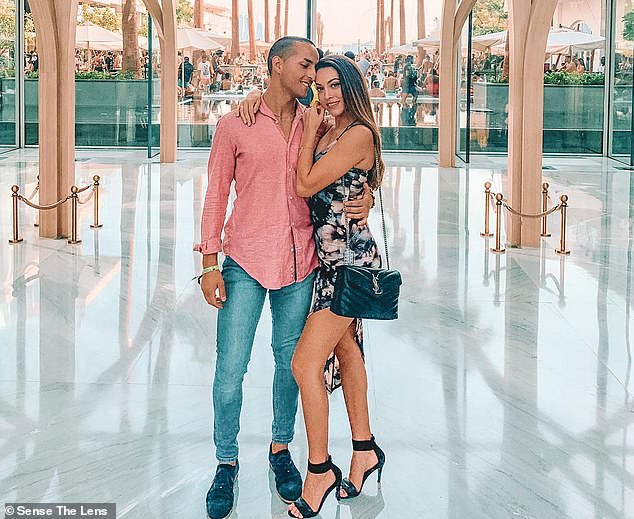 Jet-setting…but it’s not all glamour: Couple Stefano and Nathalie, who met onboard a flight to Melbourne three years ago, revealed they often prepare for their shifts the day before

They filmed themselves pulling a cabin size bag as well as a suitcase as they left their apartment.

‘We’re going to the Emirates bus that’s outside each crew accommodation. This is approximately every 20 minutes,’ Nathalie said, before filming the beautiful scenery on the 20 minute bus ride.

‘The bus drops us off at our headquarters, which is just right opposite the airport. We need to be [there] two hours before the flight’s departure time to do our check in.’

Paperwork plays a part too, says Nathalie: ‘We need to make sure that we have our documents, print the tag for our bag and send it off to our destination.’

As the couple walk through the large headquarters to a staff briefing, Nathalie points out photos of her that have appeared on advertisements for the airline.

Stefano explained about briefings, saying: ‘There are about 40 different briefing rooms, where we get to meet our colleagues of the day, introduce ourselves and have our flight briefs.’

The briefings provide an opportunity for the crew to find out if any of the passengers will require special assistance such as a wheelchair.

The couple revealed that after around 20 minutes in a briefing, the crew board a bus that takes them to the aircraft.

Cabin crew then have to work the whole flight, with just a few breaks, before a bus takes them to their hotel at the destination – often in a different time-zone. 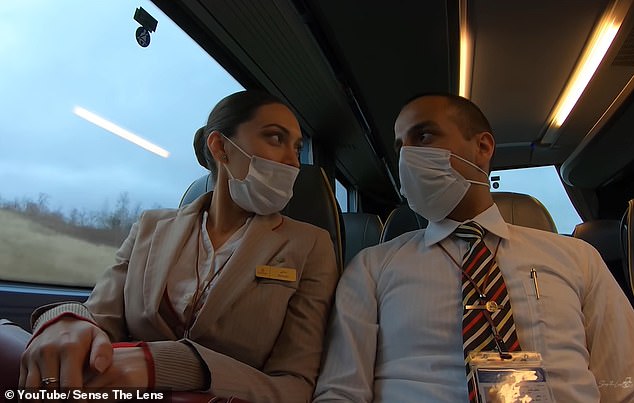 Stefano revealed male flight attendants have to wear a clip-on tie for safety, as it could be pulled by a customer or get caught on something 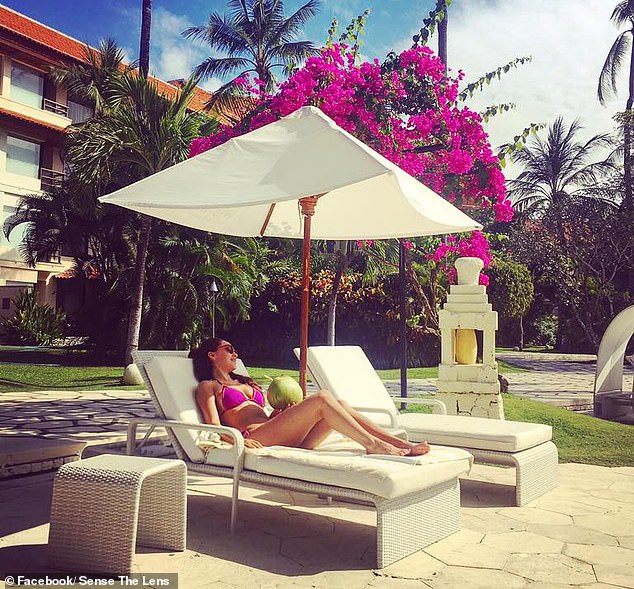 WHAT HAPPENS DURING A FLIGHT?

Stefano explained that the first thing the flight attendants do after boarding the plane is put away their belongings in a compartment that is separate to those used by passengers.

‘We get changed, perform security procedures and then we wait for people to board,’ he added.

Nathalie showed that they sometimes have an opportunity to eat during the wait, while colleagues stand around talking. 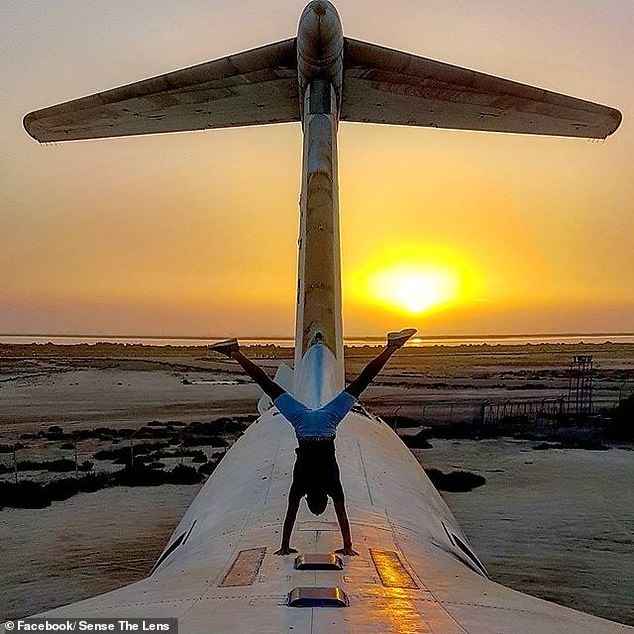 Stefano continued: ‘Once you get on board you hear a PA from the captain, first in Arabic then from the crew in the destination’s language to welcome you on board.’

Nathalie said: ‘We then give out amenities like toys for our younger passengers.

‘After playing the safety video and making sure everyone is buckled up, it is time for take off.’

Stefano continued: ‘When the captain gives us the clear sign that we can move around, we begin the work in the cabin. 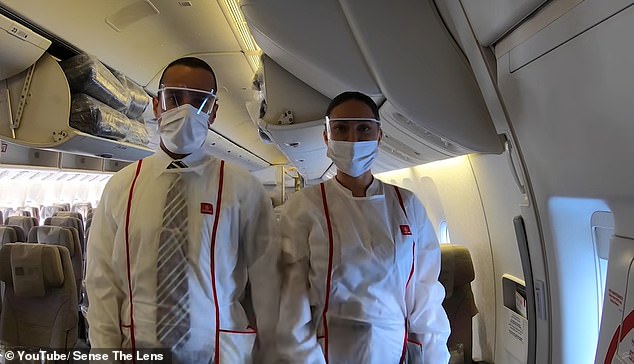 Stefano said during covid, crew had a lot of spare time to chat because flights weren’t busy

‘Many of our flights are very busy, we keep a high standard and we have long services.

‘But sometimes especially during covid we got a lot of flights like this – super calm where we had a lot of spare time to have a tea and a chat.’

The couple showed that their work involves serving food and drinks to passengers using a trolley, then clearing away any rubbish.

‘After the service and clearance is done we usually get a little break ourselves to have something to eat,’ Nathalie added.

‘About 45 minutes before landing, we start preparing the cabin – clearing and securing everything.’

Nathalie told Insider that being cabin crew isn’t just ‘waitressing in the sky,’ but food service is effectively our last priority.

‘We are mainly concerned about people’s safety, so we wanted to talk about that.’ 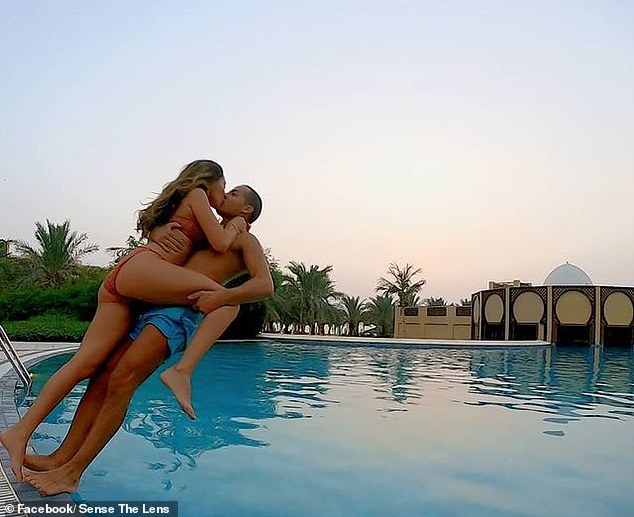 The couple, who frequently post photos of themselves in glamorous locations, shared that cabin crew start preparing for landing about 45 minutes before they’re due to touch down 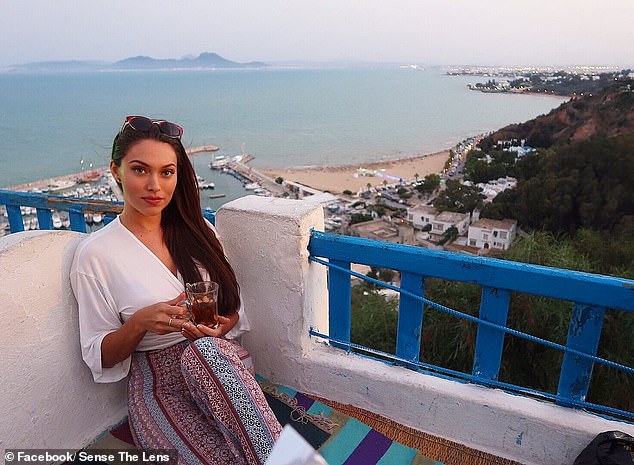 Stefano explained that the flight attendants get their bags after all the passengers have disembarked, then find the bus taking them to their hotel.

The pair takes the time to practice speaking Italian to each other during the journey in preparation for working with foreign passengers.

However, Emirates only requires cabin crew to be able to speak fluent English.

There are around 11 hours minimum for rest between flights, however layovers can be up to 90 hours after a long-haul journey.

The couple claim they can lose up to 30 nights sleep a year because of their unsociable working hours.

Nathalie describes the upsides: ‘We have the luxury to stay in very nice hotels.

‘This is right in the city of Copenhagen, which is so convenient.

‘Once we go inside, we get our room key and welcome letter with some information about our stay.

‘Before we used to get our allowance in the local currency along with the key, but now we get it in our salary at the end of the month instead.’

‘The feeling sometimes of entering your hotel after a long flight is indescribable,’ Stefano added.