A Florida woman is facing a second-degree murder charge after she allegedly zipped up her boyfriend in a suitcase and then taunted him before leaving him to die.

Sarah Boone, 42, was arrested Monday afternoon after police responded to a call from a home in Winter Park.

Investigators said they found Boone’s boyfriend, Jorge Torres Jr., dead inside a suitcase that he had been zipped into several hours earlier, according to Orlando station WESH TV.

Boone told deputies she and Torres had been drinking on Sunday evening when they decided to play hide-and-seek.

Boone said at one point she and Torres decided it would be funny if he got inside a suitcase that was in the living room and she zipped him inside it.

However, she went upstairs and passed out, forgetting Torres was still inside the luggage.

Boone said when she woke up several hours later, she didn’t see Torres anywhere and “then realized that he was possibly still inside the suitcase,” according to an arrest affidavit obtained by the Orlando Sentinel. 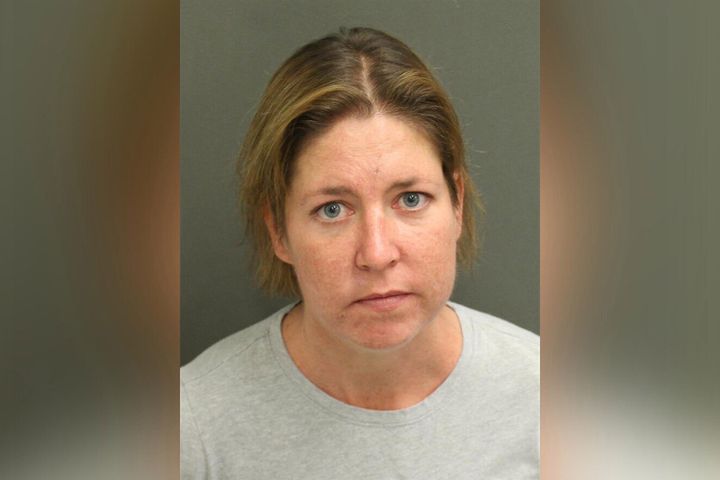 When Boone unzipped the suitcase, Torres was inside but wasn’t breathing and was pronounced dead a short time later.

According to the Orange County Sheriff’s Office, Boone gave deputies both verbal and written consent for a search of her phone.

Investigators found two videos, one showing the victim yelling at Boone that he can’t breath while she taunts him.

“Yeah, that’s what you do when you choke me,” Boone said in the video, according to court records obtained by WKMG TV.

Deputies said Torres repeatedly told Boone he could not breathe.

“That’s on you. Oh, that’s what I feel like when you cheat on me,” Boone reportedly said in the video.

The sheriff’s office also said the video showed Torres pushing on the suitcase in an attempt to get out of it.

Officers arrested Boone based on the “inconsistencies” between her statements and the videos in her phone.

She was booked into the Orange County jail and is due in court on Wednesday.