Getting older, says Claire Denis, hasn’t been at all what she imagined. Denis, arguably the greatest living French film director, is 76. “When I was young, I believed I would not be so restless as I was getting older,” she says. “I thought I would be a peaceful person, well-balanced – and it’s exactly the opposite. It’s strange to realise that getting older does not make me a better person. I’m just less young, that’s all.”

Denis’s restlessness has permeated her film-making. She has made terrific films about the French colonial experience that summon echoes of her own childhood in Cameroon, Chocolat and White Material. Beau Travail, her homoerotic masterpiece, was loosely based on Herman Melville’s Billy Budd. Trouble Every Day was a vampire film. High Life, with Robert Pattinson, was set in a spaceship. In her latest work, Both Sides of the Blade, Denis has fixed on that most well-worn of French subjects: the romantic love triangle. 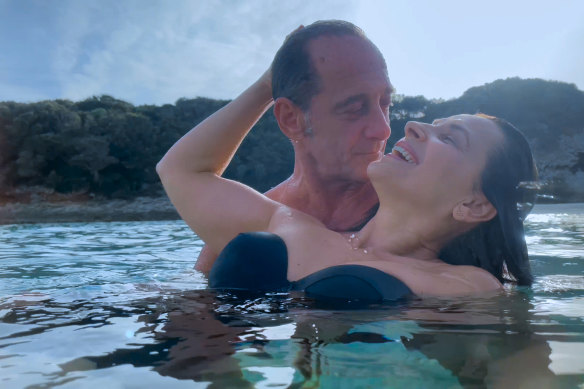 Vincent Lindon and Juliette Binoche in Both Sides of the Blade.Credit:Curiosa Films/IFC Films

Her characters are in middle life, seemingly settled. Jean (Vincent Lindon) has had a spell in prison and is trying to establish himself in business; his partner Sara (Juliette Binoche) makes elevated radio programs covering anti-colonial literature and politics. Jean has a troubled mixed-race teenage son who lives with his mother; their situation is one of the many cracks in their seemingly smooth domesticity.

That life breaks open with the return of Francois (Gregoire Colin), Sara’s former lover and Jean’s crooked onetime friend. Against any kind of good sense, Sara finds herself passionately drawn to him. A decade on, she is prepared to let him make her miserable all over again.

Both Sides of the Blade is based on a novel by Denis’s friend Christine Angot; they wrote the script together. Denis saw herself in it. “I can say that there are some ex-lovers who make me suffer, if I think of them today, more painfully than at the time,” she says. “The scar is still there. For some reason the love relationship with someone that is frustrating, that never is fulfilled, remains more vivid than a fulfilling love you get over. When it’s full of pain already, it stays.

“For Sara, the hope of making it right is irresistible. The strange thing is that you can be very intelligent, very aware of what life is about and yet do the craziest thing for a moment of oblivion.” 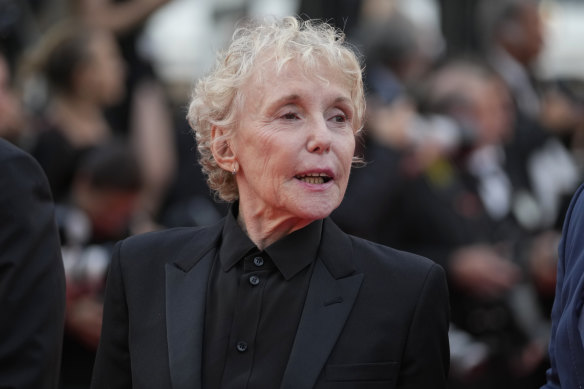 Both Sides of the Blade was Denis’s solution to film-making during COVID. She has worked with all the actors before – three films each with Lindon and Binoche, six films with Gregoire Colin – and they would often ring each other when social mixing was forbidden. “I don’t know, those links are not brotherhood or sisterhood or even friendship. It’s a very secret link,” she says. “Vincent called and said ‘oh, let’s do something,’” she remembers. “So I called everyone else.”

All their preparation was done on Zoom. Then they went into isolation on location, with masks and testing every day. “It was weird, but to be prisoners – as we were – gave us a sort of freedom. Freedom to be in real life. The basic reality of things became so important. I loved filming Vincent going shopping. We were allowed to shop for one hour. We shot for five weeks and I was cooking all the time.”

All she can do is direct the film that will be best for her. “Trying not to imitate, but trying to be honest with myself.” Especially honest about love.

Both Sides of The Blade opens on September 1.