Guess Taylor Swift isn’t the only star having a “Red” era.

At the premiere of the Netflix film “Red Notice” on Wednesday, co-stars Gal Gadot, Ryan Reynolds and Dwayne “The Rock” Johnson brought plenty of fire to the red carpet with their color-coordinating looks.

The actors each put their own spin on all-red outfits, with Gadot sparkling in a ruby-colored Loewe dress featuring a thigh-high slit.

She added even more shimmer to the sequined style with silver Stuart Weitzman heels and a total of 36 carats in diamond Tiffany & Co. jewelry.

While Dwayne “The Rock” Johnson opted for a slightly different shade, it appears that he too got the proverbial notice to wear red.

He paired a wine-colored velvet suit with a white shirt for the premiere of the action flick, which hits theatres on Nov. 5. 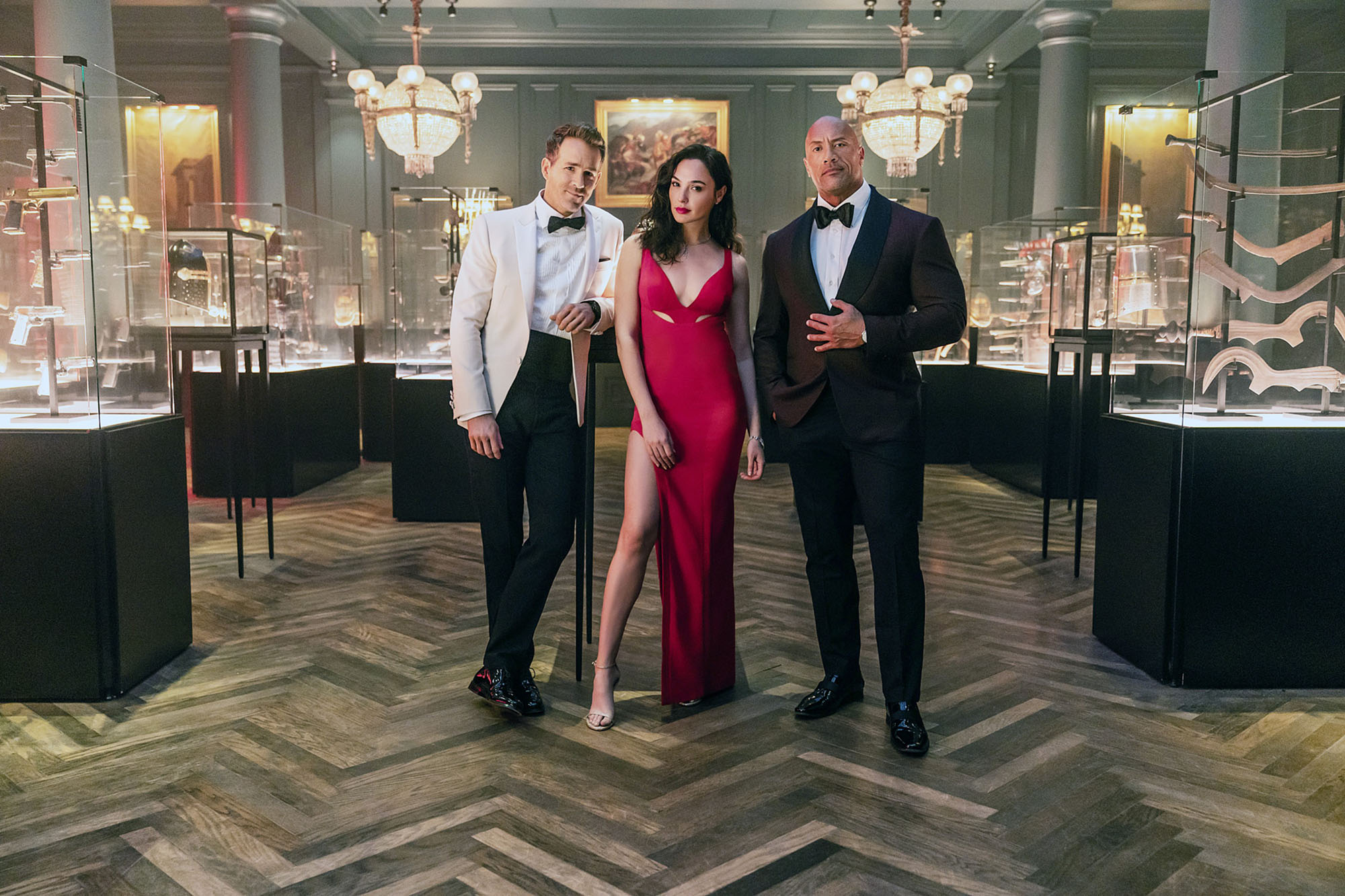 While Johnson’s latest red carpet look is all about red, stylist Ilaria Urbinati, whose long list of superstar clients includes both Johnson and Reynolds, recently told Page Six Style that she likes to experiment with color choices.

It seems The Rock and Reynolds share more than a stylist, however, as Reynolds, 45, spoke to Entertainment Tonight about the co-stars’ “chemistry” in the new film.

“I think just seeing the dynamic between the three of us [is what fans will love the most],” he said on the red carpet. “We’ve all known each other for years and years and years. I’ve known Dwayne for over 20 years.”