As Australia looks to open its international borders again, the federal government, quite rightly, is reassessing the size and mix of the nation’s migration program.

The pandemic has caused almost unprecedented disruption to the flow of people into, and out of, the country. Last financial year, a net 96,600 people left – the biggest exodus from Australia since World War I. Net overseas migration is expected this year to be minus 77,400. 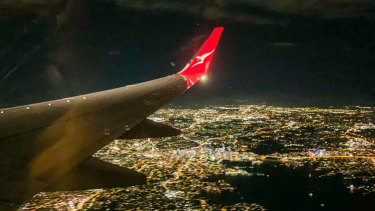 Immigration is an important part of Australia’s social fabric.Credit:Peter Rae

This week, Treasurer Josh Frydenberg said the record low population growth would leave the nation far behind its pre-pandemic growth projections. As the person in charge of the nation’s finances, he would view this as a worst-case scenario. The effort to contain COVID-19 and to help people through has led to eye-watering debt levels, and Australia’s ability to repair its finances will very much depend on how well the economy, and therefore the tax take, rebounds once restrictions are eased.

While high savings rates and pent-up demand are expected to help jolt the economy back to life, there are concerns that shortages of goods, and also workers, could hinder the rebound. In the United States, which is further down the track of opening up, there are 5 million fewer people working than before the pandemic, slowing its recovery considerably.

Australia has for many years relied on migration, both temporary and permanent. Businesses use migrants to staff their cafes and factories and farms, and, in Melbourne particularly, to drive economic growth. While the rate of migration is expected to rebound next year, it will not make up the lost ground of the past two years.

In addition, some long-term trends and broader issues need to be faced. Almost 30 per cent of the Australian population was born overseas, and immigration has always been a key part of our economic policy and our history, improving our living standards and our social fabric. But debate has raged almost as long as the Federation has existed over integration, congestion, environmental impacts and the effect on wages and living standards.

Some people are “Big Australia” advocates, such as NSW Premier Dominic Perrottet, and others, such as businessman Dick Smith, have long argued for a cap on migration and a stronger emphasis on a sustainable population. Unions have long worried about wages being driven down, particularly by temporary migration, and the Reserve Bank recently joined them in this concern.

Before the pandemic (and the 2019 election), the Morrison government sided with those wanting to slow the number of people coming to Australia, saying migrants “clogged” the nation’s infrastructure. The overall cap for visas in the permanent migration program was lowered to 160,000 each year, a drop of about 30,000 places.

But net overseas migration has long accounted for about 60 per cent of the annual increase in Australia’s population, and the federal government’s 2021 intergenerational report argued that to maintain a sufficient tax base to pay for an ageing population, the migrant mix should increase to about 74 per cent by 2060-61. The reason is that fertility in Australia has been below the replacement rate of 2.1 – the level required to keep the population size steady – since the late 1970s.

For cultural, moral, demographic and economic reasons, The Age has long argued that Australia is a better place for welcoming new migrants. In the post-lockdown era, as we compete for resources, including migrants, with other recovering countries, we must have a discussion about the size of the program, whether migrants are temporary or permanent, what jobs they are permitted to do, and what safeguards we build in around wages and treatment. With the worst of the pandemic hopefully now behind us, this is a rare opportunity to re-evaluate. We should be big enough to take it.

Fascinating answers to perplexing questions delivered to your inbox every week. Sign up to get our new Explainer newsletter here.