LESS than seven weeks ago, Paul Nuttall held his 24-year-old son Billy as he died from Covid-19.

He caught it three days before he was due his first jab. 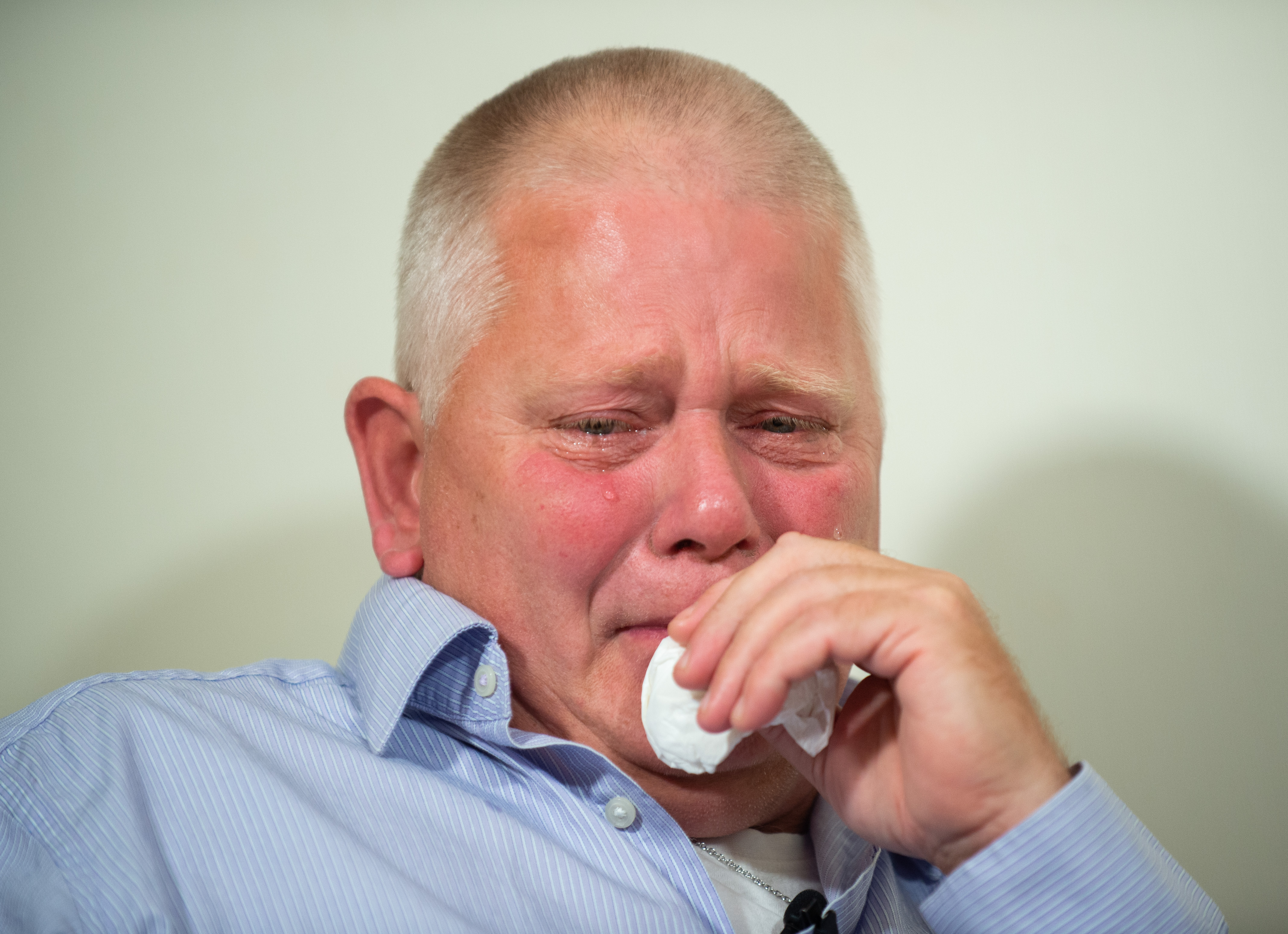 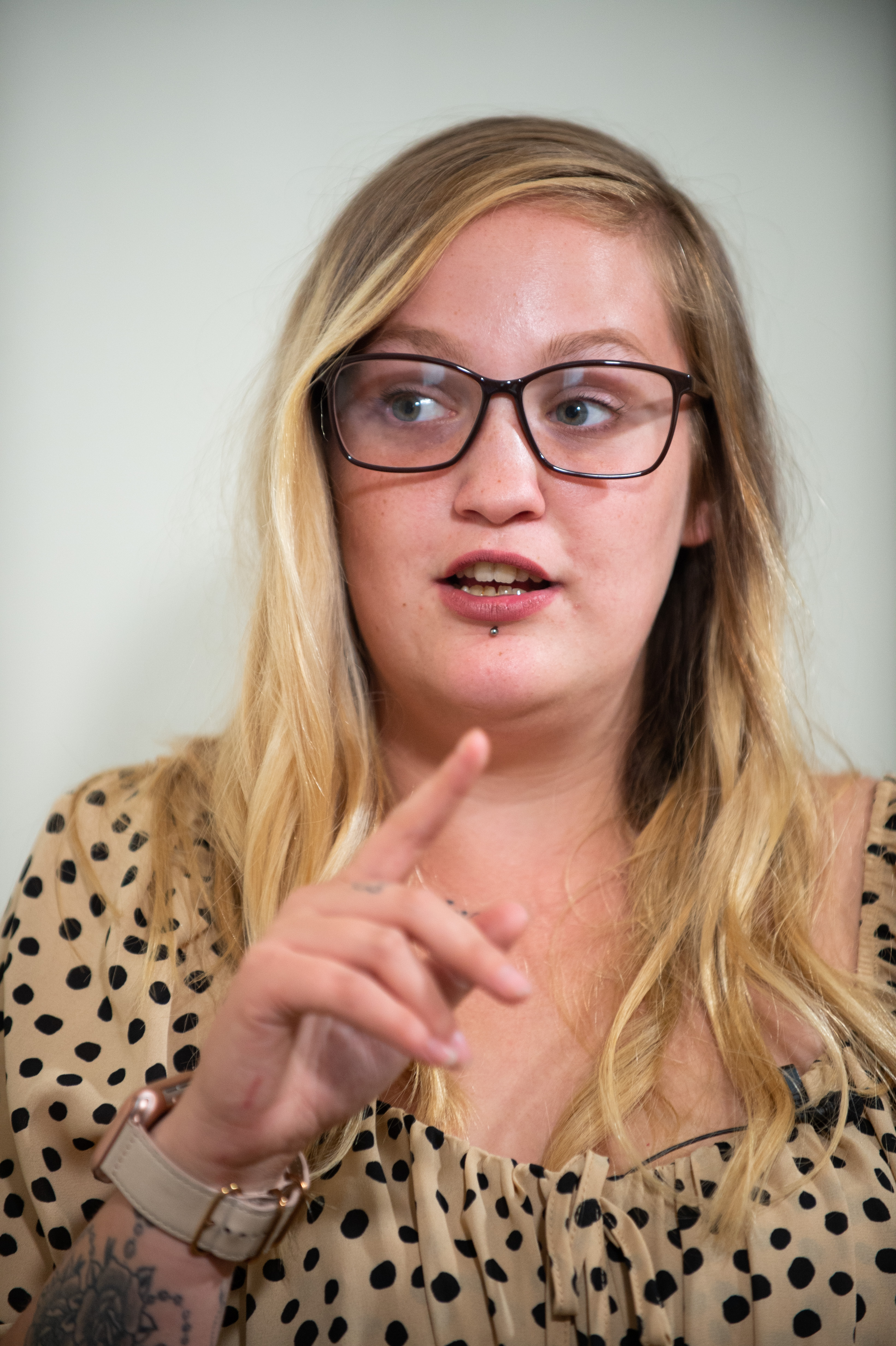 Paul, 55, a baker in Manchester, now keeps his only child’s ashes in a silver heart pendant hanging from his neck.

He says Billy, an Oxford University graduate who played rugby and was a karate black-belt, would have done anything for that life-saving jab.

Billy had 14 GCSEs and a string of top grades at A level to his name but is among more than 135,000 people in the UK to have died from Covid and more than seven million who have contracted it.

Double vaccination has been shown to be up to 95 per cent effective against symptomatic Covid, as well as helping to create herd immunity, and more than 44million of us have now had two injections.

Rosie Ferguson is not one of them.

The 22-year-old mum from Leicester refuses the jabs because she believes they were rushed out and side- effects are unknown.

This week, we got Paul and Rosie together to debate the Covid vaccine questions consuming Britain.

Tell us why you are here

Paul: Everyone should have the vaccine. Billy was my sunbeam, my best friend. For 24 years he lived all my dreams for me — went to the Arctic Circle and around Europe — but he died from Covid on July 26.

Rosie: Did he have underlying health conditions?

Paul: No, he was as fit as a butcher’s dog. He used to play rugby for Magdalen College, Oxford. He could bench-press 100kg and pick me up above his head. He had a black belt in karate.

But he was so afraid of Covid that he barely left his flat for 18 months and put on weight that left him vulnerable. He only went out late at night, for a walk. He tested positive in June, just three days before the Government invited his age group for the first of two jabs.

I think he caught Covid going out in the lift from his Manchester flat. He was taken to hospital with breathing difficulties and put in an induced coma.

He died five weeks later.There were 150 people at his funeral. I was so proud. He gained 14 GCSEs and all As at A level then went to Oxford to study history. He was doing a master’s degree in politics at the University of Manchester.  Billy had wanted a job fighting inequality and he would have been brilliant at it.

Rosie: What happened to Billy is so sad but I will not be having the vaccines until I know they are 100 per cent safe. If in two years they say, “Here’s the risks, you’re not going to die from it”, maybe I might reconsider and get it done.

Rosie, are you an anti-vaxxer?

Rosie: Not a complete anti-vaxxer. But I’ve made the informed decision not to have them. I am a mum to sons, who are two and 11 months. I’ve not worn a mask throughout the pandemic because of my asthma. I was followed off the bus by a woman who told me, “You’re going to kill your kids”.

It was that day that it clicked in my head that there’s such a divide in society. I still get abuse for not wearing a mask, even though we’re not legally obliged to. My family lost money during the lockdowns and it affected my mental health, particularly after giving birth to my youngest son, who has a heart condition.

But even after my grandad got Covid, I wouldn’t get the vaccines because I don’t know what’s in them. I don’t think anyone should be forced into getting them because there is not enough information out there.

How do you feel about the spread of Covid?

Paul: Young ones today go night-clubbing. If a couple of them take baseball bats and beat somebody to death they’d get charged with murder, wouldn’t they? You go with Covid, give it to somebody and they die because they’ve not had an injection, and you get away with nothing.

Rosie: No, if I wanted to step into a club knowing I’m not injected and put myself at risk of having Covid, that’s a personal choice. The injection is only protecting yourself.

Paul: If you went to your mum’s and, God forbid, your mum died, how would you feel?

Rosie: I’d feel bad, guilty, whether she was jabbed or not. My parents have had their jabs. My mum thinks it is my choice, Dad is a bit different.

Paul: Because he’s my age and he’s probably scared for you.

Rosie: If my child said that to me I wouldn’t sit there and say, “Get the jab, get the jab”.

Paul: I hope people don’t penalise you for that choice. But if it finished you off, God forbid, I couldn’t feel sorry for you.

What do you think about the jabs' risks?

Paul: If Billy had had the choice to have both jabs and ended up in the same place, you couldn’t say he hadn’t tried. He didn’t get a chance to try. Whatever the risks, you’ve got to say that’s better than dead.

Rosie: But he could have died if he’d had the vaccine. We don’t know if the vaccine carries a risk of death yet. We just don’t

Paul: I would love to change just one person’s opinion, without taking away their individual choice. If you have two needles stuck in your arm and could be ill from Covid for ten days in bed, instead of dead, surely it is a risk worth taking?

Rosie: If I was in your position, I’d be the same. I’ve not got a problem with anyone who gets the vaccines, but for me personally that’s not a risk I want to take. You need to make an informed and educated decision. I’ve not openly gone around saying to people, “I’m not getting the vaccines”. I’d tell people to read up on it.

Rosie, will you ever have the jabs?

Rosie: At this moment, no. Why should I be a lab rat? There’s such a divide in the nation between having the vaccines and not having them and, in 2021, I don’t feel it should be that way.

Paul: I dare say, if you asked Billy now, he’d have done anything for a jab.

Rosie: Couldn’t he have been in that same position if he’d had the vaccine?

We don’t know if the vaccine carries a risk of death yet, if it could paralyse you from the head down, if it could affect your heart, your body.

Who do you trust?

Paul: The doctors have spent years researching vaccines and viruses. They’re the ones you have to have faith in. Do you think those doctors would put anybody at risk?

Rosie: They’re not the ones pushing for the vaccine, it’s the Government. I don’t just look at it as the vaccines, I look at the whole 18 months. We were told no masks, then we were told masks. We were told only one lockdown, then we had three where I live in Leicester. There was a lot of uncertainty.

If you have a 95% chance of avoiding Covid with the jab, and a 5% chance without it, then, having seen my son die, I choose the 95%

I get why the Government wants us to have the vaccines, but they’re throwing out incentives rather than facts. They’ve gone down a path like loyalty schemes, like at Costa when you get a free coffee.

What do you think about kids having the jabs?

Rosie: I’m aware of the risks around the vaccines I gave my children when they were younger, but I don’t know the risks of the Covid vaccines.

I am health-conscious. We’ve made the decision as a family to wait to vaccinate, or not at all. At the moment, it’s a no. It could paralyse you from the head down.

What do you think of having to be jabbed to work certain jobs?

Paul: My dad has just gone into a home with vascular dementia and I would expect the people in there to get the jabs because if he gets Covid, it’s going to kill him.

Rosie: Why should you be forced into getting a vaccine when you don’t know the risks, just to save your job? Say I worked in a care home, why should I be forced to get the vaccine if it’s not actually going to affect me passing it on?

Paul: How many people have made those sacrifices and taken risks to keep the country going? I’ve worked all the way through the pandemic. I haven’t had a day off apart from when I had Covid in November. I was ill for 12 days.

Has talking to each other changed your minds?

Rosie: No. If I was you, Paul, I’d be fighting for everyone so they didn’t have to be in my position. But at the end of the day, it needs to be an individual choice. I’ve not got a problem with anyone who gets it, but personally that’s not a risk that I want to take. 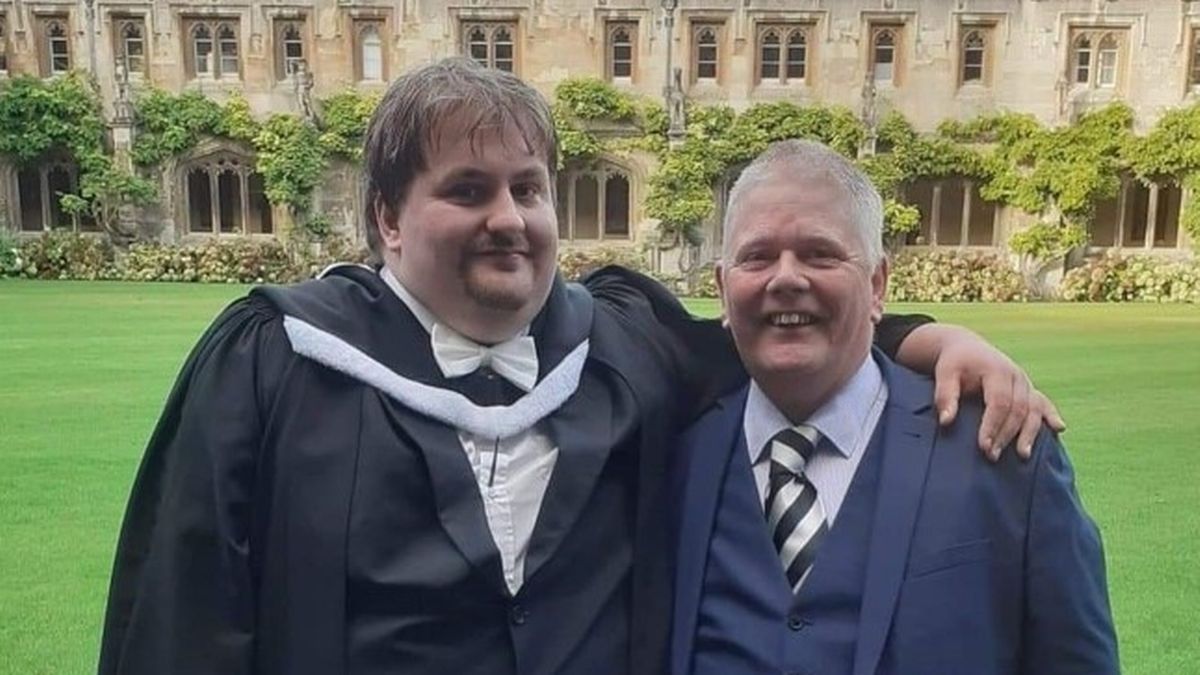 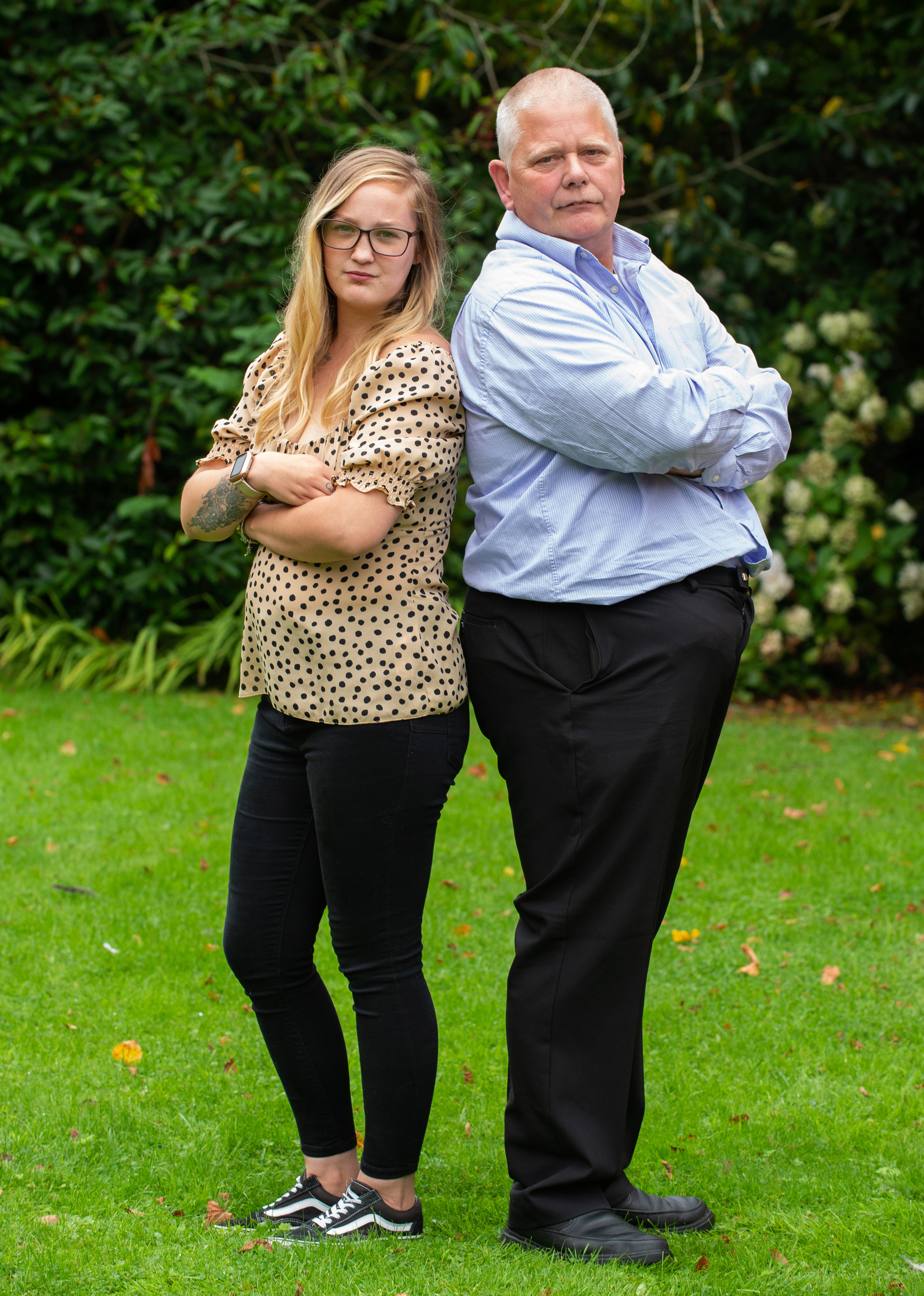 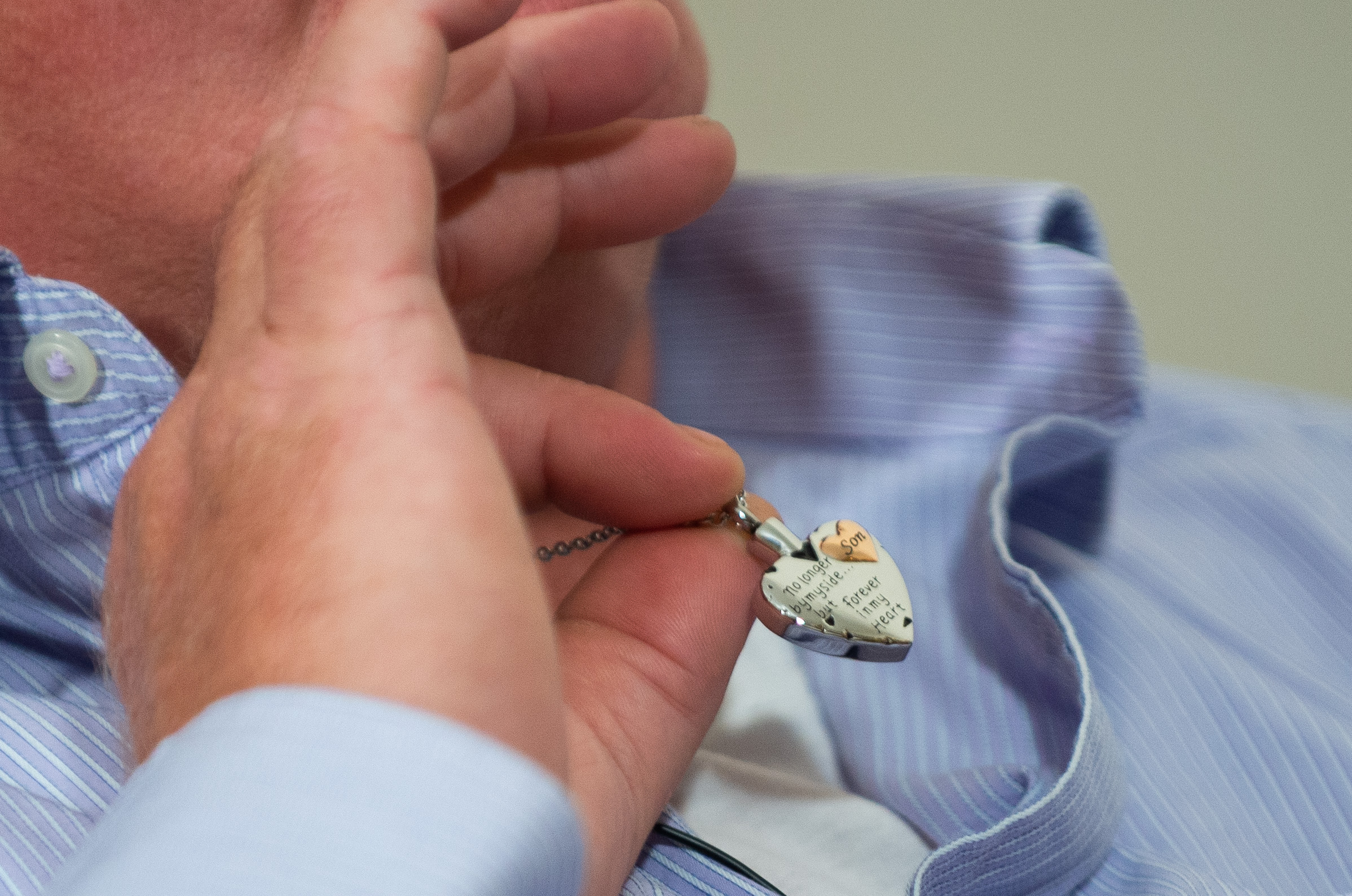