Marvel fans finally got all of the answers they were looking for in the Hawkeye season finale. However, some scenes seem to set up the future for many of the show’s characters. While Marvel Studios has not confirmed a season 2 yet, they have announced that a spinoff featuring Maya Lopez, aka Echo, is in the works. So which spoilers from the Hawkeye season finale may indicate the plot of Echo’s show?

Spoiler alert: Echo may have killed Kingpin in the ‘Hawkeye’ season finale

Echo learned that Kingpin, aka Wilson Fisk, was the man behind her father’s death in episode 5. So by the time the Hawkeye season finale rolled around, she was ready to cut ties with her uncle and her connection to the Tracksuit Mafia. Echo told Fisk that she was done trying to avenge her father, and she just wanted to take a few days off to clear her mind. But Kingpin saw right through her lies.

On top of his niece’s betrayal, Kingpin dealt with Eleanor Bishop wanting out of their business. Of course, the notorious villain would never let her walk away so easily. So, he ordered his men in the Tracksuit Mafia to take Eleanor out at her Christmas Eve party. There, Clint and Kate helped protect her, and Kate, impressively, stopped Kingpin from killing her mother.

Unfortunately for Fisk, Echo tracked him down after she killed Kazi. The big guy was injured from his run-in with Kate, so he was helpless as Echo pulled a gun on him. Kingpin tried to reason with her, but as the camera pulled away from the two of them, the audience heard a gunshot.

The fans are made to assume that the villain is dead. However, thanks to spoilers from the comic books and a certain spinoff in the works, the Hawkeye season finale might not have been the last time Kingpin appears in the Marvel Cinematic Universe. 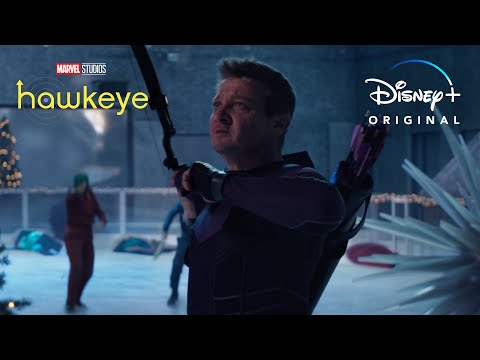 Disney and Marvel Studios officially announced the Echo spinoff series in Nov. 2021, with Alaqua Cox reprising her role from Hawkeye. Marion Dayre is the head writer. The release date, episode count, and other casting details are unknown.

Before the Hawkeye premiere, Cox spoke with Entertainment Weekly about joining the MCU and the importance of her character. Via an ASL interpreter, she said, “The deaf community is in huge support of this role because they want to see deaf people represented in these deaf roles. Most of the time, it’s hearing people that take these roles, but finally, authentic representation is here. So I’m excited for that, and so as everybody else.”

For fans who are unaware of Echo’s story in the comic books and want to avoid spoilers after the Hawkeye season finale, look away now. Because the comics and the way Kingpin’s “death” was portrayed in the final episode may allude to the direction Echo is taking.

Kingpin could have survived the gunshot in the Hawkeye season finale for many reasons. Marvel would not have brought Vincent D’Onofrio back as Kingpin, a fan-favorite MCU villain, to kill him off in his first episode. Plus, earlier in the hour, Kate tried to stop him with a few of her arrows, and they barely fazed him. It’s hard to believe that one bullet would stop Kingpin after all this time.

There’s also the comic book history between Echo and Kingpin that we have to keep in mind. Per IGN, in “Daredevil #15”, written by David Mack and drawn by David Ross, Echo shoots Kingpin in the face after learning that he was behind her father’s murder. But she didn’t kill him. Instead, the gunshot blinded Kingpin, and he eventually got his eyesight back.

So, will Kingpin return in Echo? Fans will have to wait and see, but there’s no doubt that there’s a reason why Hawkeye didn’t show Echo shooting Fisk.

The Hawkeye season finale, and all of its spoilers, is now streaming on Disney+.