A widow with three kids meets a widower with three kids, and they fall in love and get married. It doesn’t sound like the start of one of the most beloved family sitcoms of all time, but it’s the backstory of “The Brady Bunch,” which turns 50 years old Thursday.

There’s no chance that viewers just tuning in would ever forget the backstory either, thanks to the show’s unforgettable theme song, co-written by creator, Sherwood Schwartz. That iconic tic-tac-toe board-style opening that prominently displays the blended family also helped.

During its original run between 1969 and 1974, “The Brady Bunch” wasn’t a ratings hit or a critical success despite attracting guest stars like Joe Namath, The Monkees’ Davy Jones and Vincent Price. Still, it left an indelible mark on American pop culture after going into reruns in 1975.

The show’s popularity in syndication led to the “Brady Bunch Hour” musical variety show, which ran from 1976 to 77. The 1981 TV movie “The Brady Girls Get Married” also created the 1981 spin-off sitcom, “The Brady Brides.”

But we’re not done yet, as 1995’s “The Brady Bunch Movie” transported the ’70s Brady family to the cynical ’90s, with Gary Cole and Shelly Long as Mike and Carol Brady. “A Very Brady Sequel” arrived in 1996. 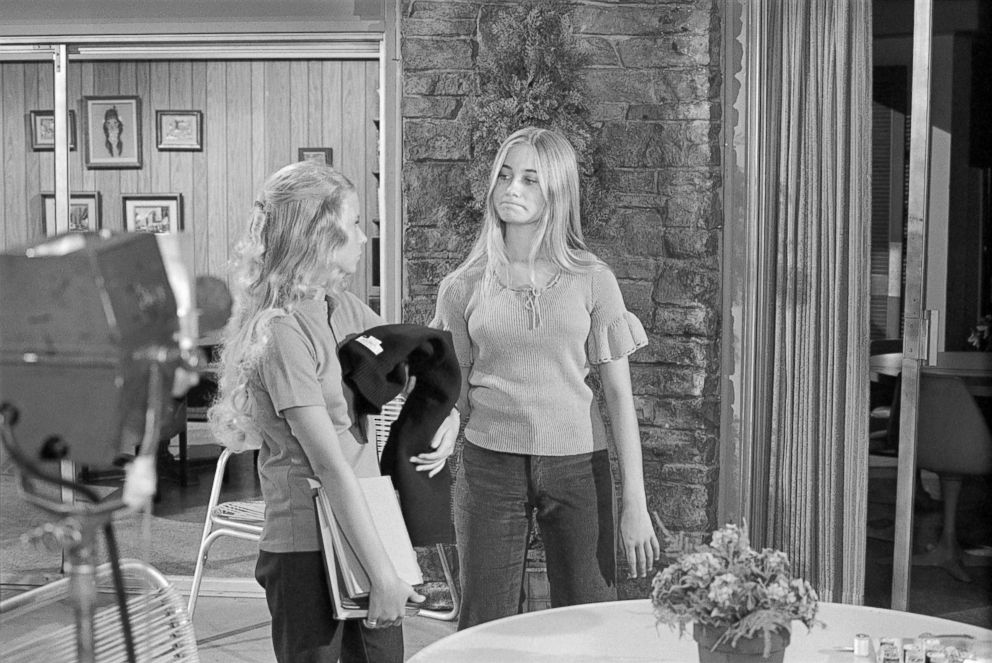 Fast forward to 2019, and the family still resonates. The new series “A Very Brady Renovation” — in which the original Brady kids work on remodeling the Riverside, California, house that was once used for the exterior shots of the family home — recently set viewership records for HGTV.

“It was one of those shows where everybody came together,” said Maureen McCormick, who played Marcia Brady. “It was an amazing experience. For me, it was fun going to work every day and being with these people. And it was kind of just a magical thing.”