CHRISTMAS costs are set to soar this year due to the rising price of toys, food and bills.

The cost of living in the UK has jumped this year – and the rise is expected to continue into the festive season. 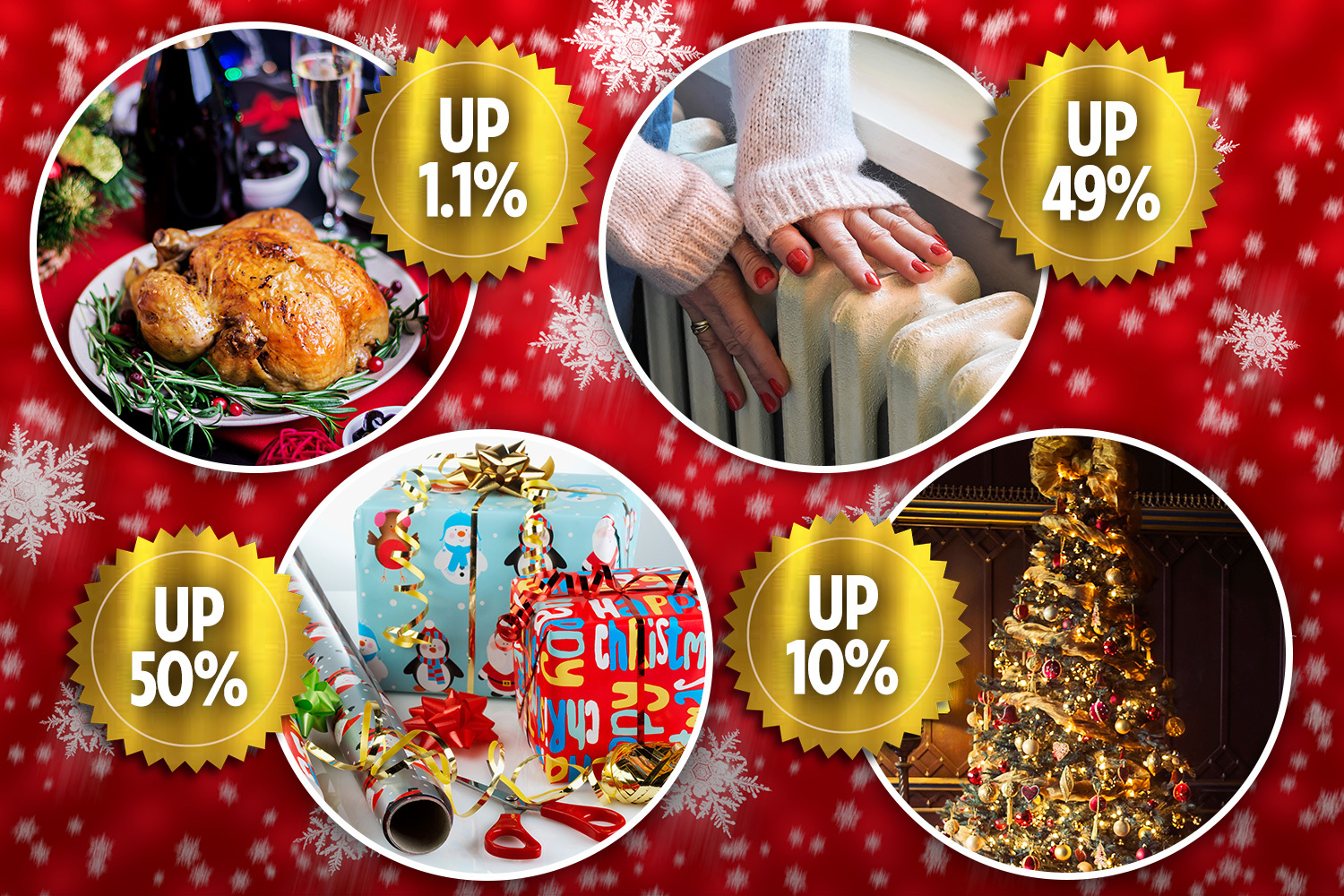 Consumers will be paying more for presents and for Christmas food, as well as dealing with a huge increase in energy costs.

Energy bills are rising due to surging wholesale gas prices and a spike in importing goods from China is piling the pressure on toy retailers.

Here's everything you need to know about how much Christmas will set you back this year.

It's easy for Christmas shopping to get out of control, but spending could be even higher this year due to toy price rises.

Products being imported from China reportedly cost 10.7% more last month compared to the year before – the steepest jump in 26 years.

That will have a knock on effect for UK consumers buying products made in China, such as toys and electronics.

Mr Simpson said that toy truck is on sale for £15 but the price will have to rise soon to compensate for the rising costs of shipping.

Meanwhile, the cost of a Harry Potter wand could double due to the crisis, rising from £20 to up to £40.

Elvijs Plugis, the owner of House of Spells in London, told the broadcaster that "all of the shops are running out of stock".

Shoppers could also face shortages when searching for Christmas gifts.

The Entertainer store chain told the Mail Online that sales of some expensive toys are already running at the levels expected immediately before Christmas.

Those popular toys included the Barbie Day to Night Dreamhouse Playset, at £249.99, and the Barbie 3-in-1 Dreamcamper Playset, £83.99.

Christmas food is one of the best parts of the festive season – but costs are set to rise this year.

Food prices are expected to be higher and customers could be faced with gaps on the shelves.

According to government figures the cost of food increased 23% between 2009 and 2019 but with inflation rising, prices will have surged further.

The latest available data showed that food and non-alcoholic drink prices increased 1.1% in August – the highest rate since August 2008, during the financial crisis.

Three out of five retailers expect to increase prices by the end of the year, meaning your Christmas dinner is likely to cost more.

Andrew Opie, director of food and sustainability at the British Retail Consortium, said: “There are clear signs that the cost pressures from rising transport costs, higher energy and commodity prices, and ongoing labour shortages, all of which are starting to filter through to consumer prices."

Meanwhile, Ranjit Boparan — dubbed the Chicken King — has called on shoppers to accept that current prices are too low and unsustainable.

He said: “Food is too cheap. In relative terms, a chicken today is cheaper to buy than it was 20 years ago.

"How can it be right that a whole chicken costs less than a pint of beer?”

Mr Boparan, founder of 2 Sisters Food Group, said energy costs have risen by 450% in a year.

Feed costs at farms are also up by 15%, with commodity costs in the farming process also rising by around one fifth.

Energy regulator Ofgem increased the Energy Price Cap to £1,277 from the start of October, adding £139 to the average household bill.

The hike follows soaring wholesale gas prices that have put a dozen energy firms out of business – including three this week.

The best energy rate for customers this Christmas is likely to remain at the price cap, which is currently £1,277.

In comparison, on Christmas Eve last year, the cheapest fixed deal on the market was £855.32, according to Uswitch.

But it's likely to actually be higher in December due to the colder weather.

Here's our top tips on how to save money on your energy bills.

Christmas tree retailers warned earlier this year that they could cost more in 2021.

It will be harder to get a real Christmas tree, and if you do manage to, you should expect to pay more.

That's because wholesale prices have increased between 5% and 10% this year, according to Christmastrees.co.uk.

The retailer said: "It’s going to be more challenging to get hold of a real Christmas tree this festive season, however if you are able to get one, you can expect to be paying more than you would have in previous years.

"Wholesale prices have increased between 5% and 10%.

"With Christmas trees taking an average of 10 years to grow, it’s not a case of simply just cutting more trees, especially when you don’t have the labour to harvest them, or the haulage to transport them to London and nationwide."