Megan S., a 30-year-old physician’s assistant, hasn’t made a new friend since grad school. “Now that I’ve moved across the country, it’s back to the start,” she told me after we matched on Hey Vina!, an app that helps women find their squad. While it may seem ironic (or worse, ridiculously millennial) to seek pals via our phones, we need all the socially-distanced help we can get: The average adult hasn’t added to their circle in five years, one recent study found.

That was an issue before the COVID-19 global pandemic struck, and now—between Zoom fatigue, a nonexistent work-life balance, and general malaise—it’s hard enough to hold onto the buds we already have. When you can’t actually hang out IRL, adding someone new to the crew seems as difficult as finding a weekend vaccine appointment five minutes from your place.

And FWIW, making new friends as an adult wasn’t easy in the beforetimes, either. As soon as you leave school, “you lose that naturally occurring community…except for your workplace,” says clinical psychologist Andrea Bonior, PhD, author of The Friendship Fix. “And let’s face it, not everyone wants to hang with their colleagues.” Think about it: You grew up surrounded by peers, so you’ve never had to go out and pursue potential friends.

“Finding friends is a numbers game,” says Bonior. Meaning: Just like dating, some connections may fizzle out after one or two meet-ups.

Now that you’re older and in need of a new tribe, you need to be more deliberate, says Marisa Franco, PhD, a psychologist who specializes in friendship. “I don’t really believe in the idea of friendships happening organically, but, now more than ever, they’re not going to,” she adds, noting that research shows that people who think friendships happen based on luck are more likely to be lonely later in life than those who see it as based on effort.

It’s important to put yourself out there, Franco says, but even if you’re crazy outgoing, you still have other obligations—career, partner, family, hobbies—sucking up time, so forming fresh bonds isn’t a priority. It’s a shame, given that a slew of research shows that the quality of your social ties has a huge impact on your happiness and health.

Being one of those workaholic, live-in fiancés myself, I get it. The only person I’ve seen consistently in the last year is my S.O., but as more people become eligible for the COVID-19 vaccines, I’m getting ready to hit refresh on my friend-making habits (or, uh, lack thereof). If you’re looking to make new pals in the new-ish-normal, here’s how:

1. Take stock of your current squad.

Before you let someone new into your life, make sure there’s room. “Do an inventory of your existing friendships,” says sociologist Anna Akbari, PhD, author of Startup Your Life. “There are likely connections you’ve outgrown that are taking up time and energy or were never healthy relationships.” Think about the peeps beyond your Favorites list and ask yourself, Is this person crucial to my happiness? Or: If this person stopped having time for me, would I be disappointed or relieved? If it’s not a hell-yes for keeping them in your life…thank you, next.

“Finding friends is a numbers game,” says Bonior. Meaning: Just like dating, some connections may fizzle out after one or two meetups. “The more you know yourself and what you’re looking for, the better off you’ll be, because you’re not wasting your time,” she explains. Akbari suggests listing qualities you’d like to see more of in yourself, so you can attract people who bring out your best self over the long run. “Once you pinpoint those, it becomes a lot easier to identify who you want to attract and let into your life,” she says. Keep in mind that these traits are different from what you’d need in a partner. For example, while you may want a mate who chills out your anxious energy, maybe you’re actually in the market for a spontaneous gal pal who’s always up for anything.

The Three-Strike Rule: If you ask someone to hang three times and she always says no, shift to a new prospect, Akbari says. No shame!

The biggest barrier to making new friends in adulthood, according to Franco? Fear of rejection. Turns out, that’s pretty common, and there’s even a name for this phenomenon: “the liking gap.” But research has actually found that after strangers interact, people generally underestimate how much they were liked, explains Franco. “The people who are the best at making friends come into new situations with the assumption that they’ll be accepted and liked, and that’s what really facilitates them reaching out to others,” she adds.

So, the next time you cross paths with a potential pal–whether virtual or IRL—believe in the power of your own likability. After all, wouldn’t you want to be friends with you?

4. Put yourself out there.

During Megan’s pre-pandemic quest, she went to a social event in her building, joined a running group, and took a cooking class. Turns out, the one she enjoyed most—the class—landed her a new friend (her assigned co-chef). “Pursuing your hobbies and interests is the quickest way to get exposed to people who have things in common with you,” says Bonior, which ups your chances for a lasting friendship. 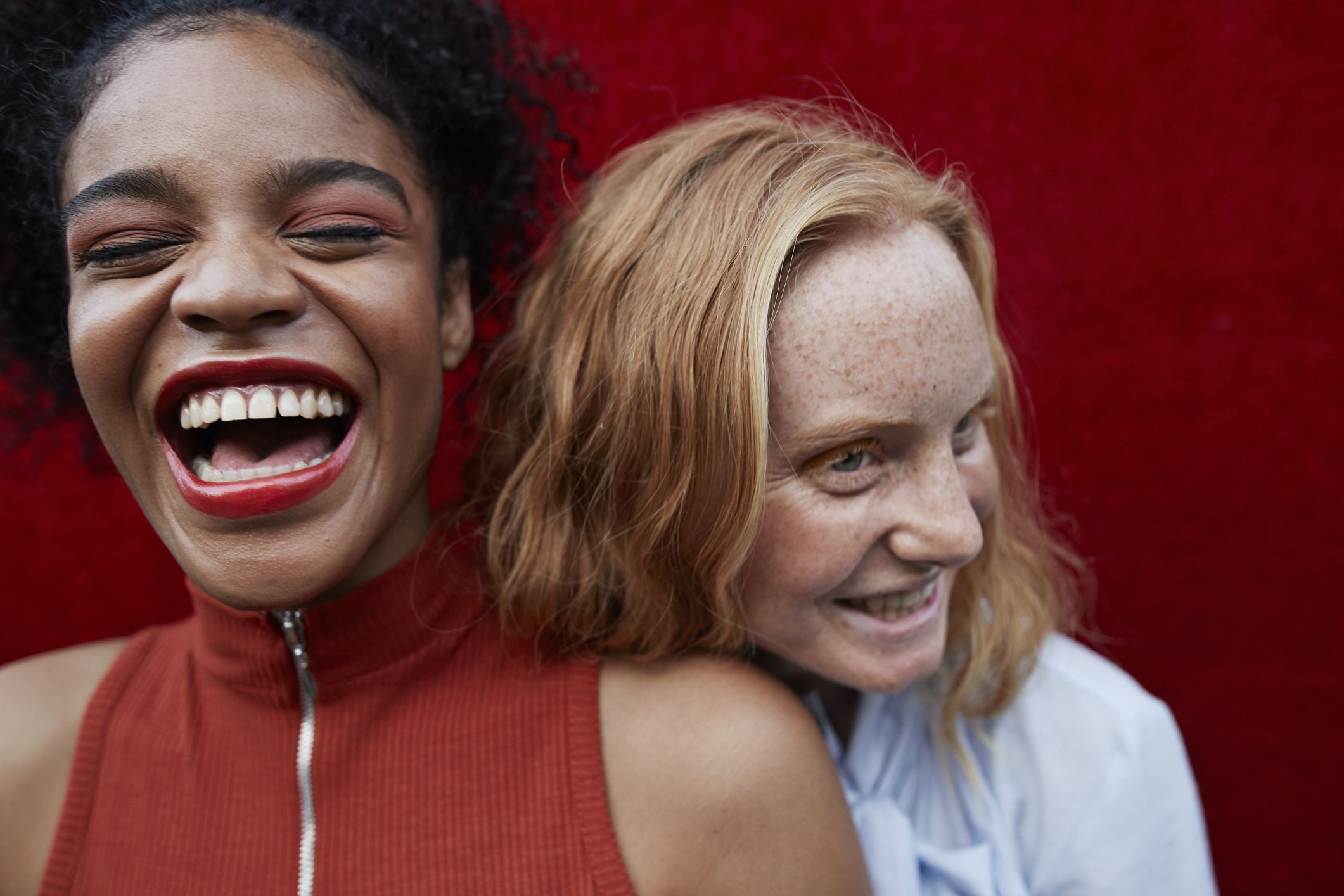 While a cooking class or group workout might not be in the cards RN, you can still become buds with the people you do interact with on the reg. In fact, one of the best places to make new friends is the workplace, even a virtual one. Research finds that people who have friends at work have more positive outcomes—they’re more innovative, more likely to be retained, have higher salaries on average, and are more engaged and productive, according to Franco.If you’ve just started a new gig, Franco suggests taking the initiative by reaching out to colleagues and saying, “I’m really trying to get to know people in the office, do you have some time to connect?”

Once they say yes (which they will!) and the initial meeting goes well, ask if they’d be into setting up a virtual lunch every other week. “That regular meeting is really what creates a relationship, because relationships happen over time,” says Franco.

Your opportunities for meeting new peeps have likely dwindled over the past year, but that doesn’t mean you can’t add to your crew. Franco encourages socially-distanced friend seekers to build on the existing relationships they have with acquaintances, like coworkers, neighbors, anyone who’s already in your life. 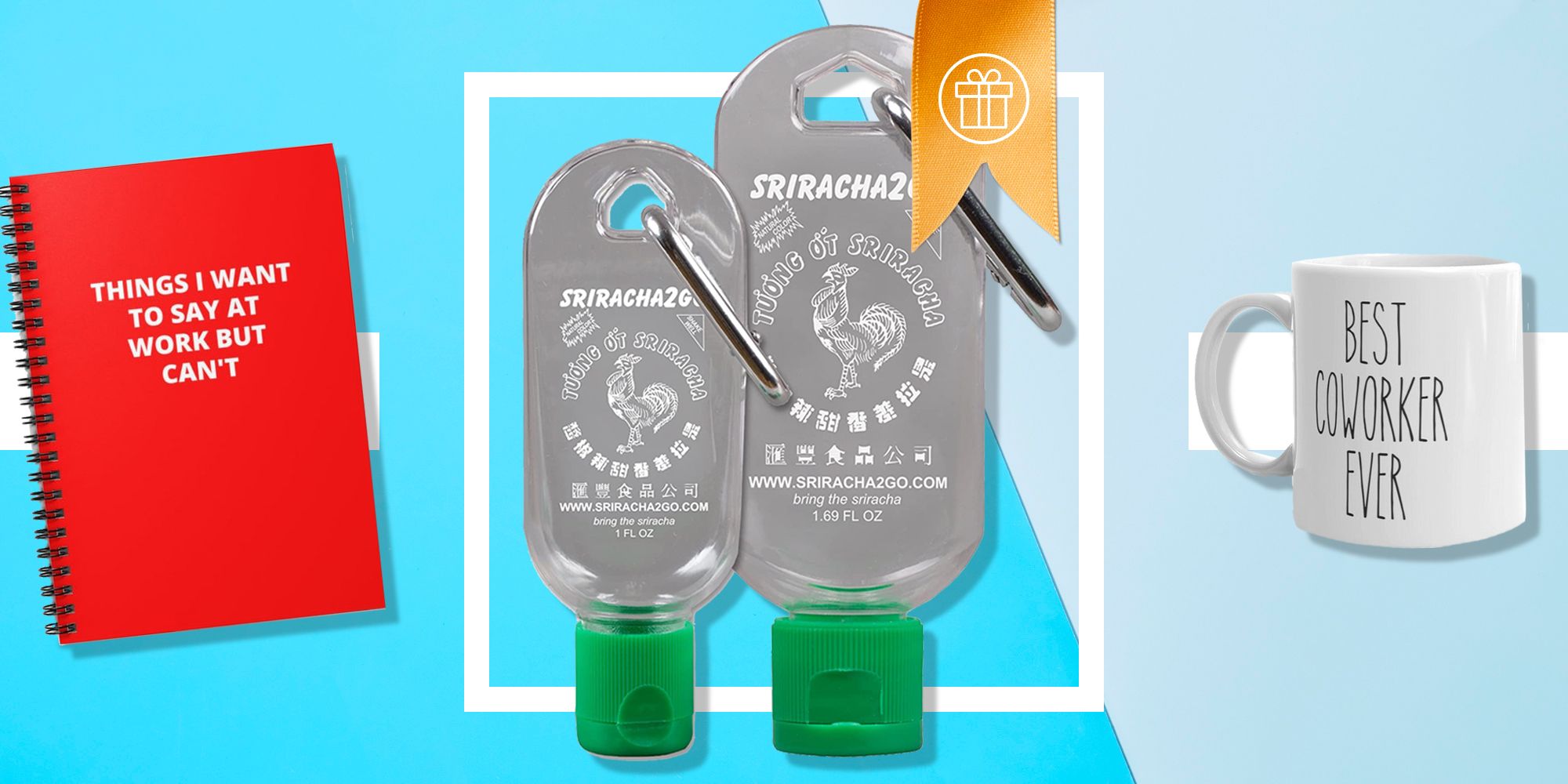 Another perk of pursuing acquaintanceships? You get to reap the built-in bennies of “the mere-exposure effect,” which is the research-backed idea that we like people just because we’re around them a lot. Think: the colleague you always see in Slack channels, the neighbor you wave to from your yard. Considering you’ve already got at least one thing in common (location, career), those shared interests can help spark a conversation.

6. Go beyond the weather convo.

“For most people, it’s not necessarily just meeting others that’s the problem—it’s turning that into a friendship,” says Bonior. That aforementioned acquaintance who seems cool? Strike up a convo about something superficial, like your neighborhood or a compliment on their work project. Then, if they’re receptive, dig deeper. “Push yourself to ask questions that are not intrusive but are a little personal,” says Bonior. Note that it can’t be a one-way street: “You have to reveal something about yourself, too.”

Maybe you open up about WFH life with your S.O., then ask them if they’re sharing home office space with a partner, roomie, or pet. Or mention how you once dealt with a spur-of-the-moment Zoom call—think: anything that might garner an “Omg, same!” response. 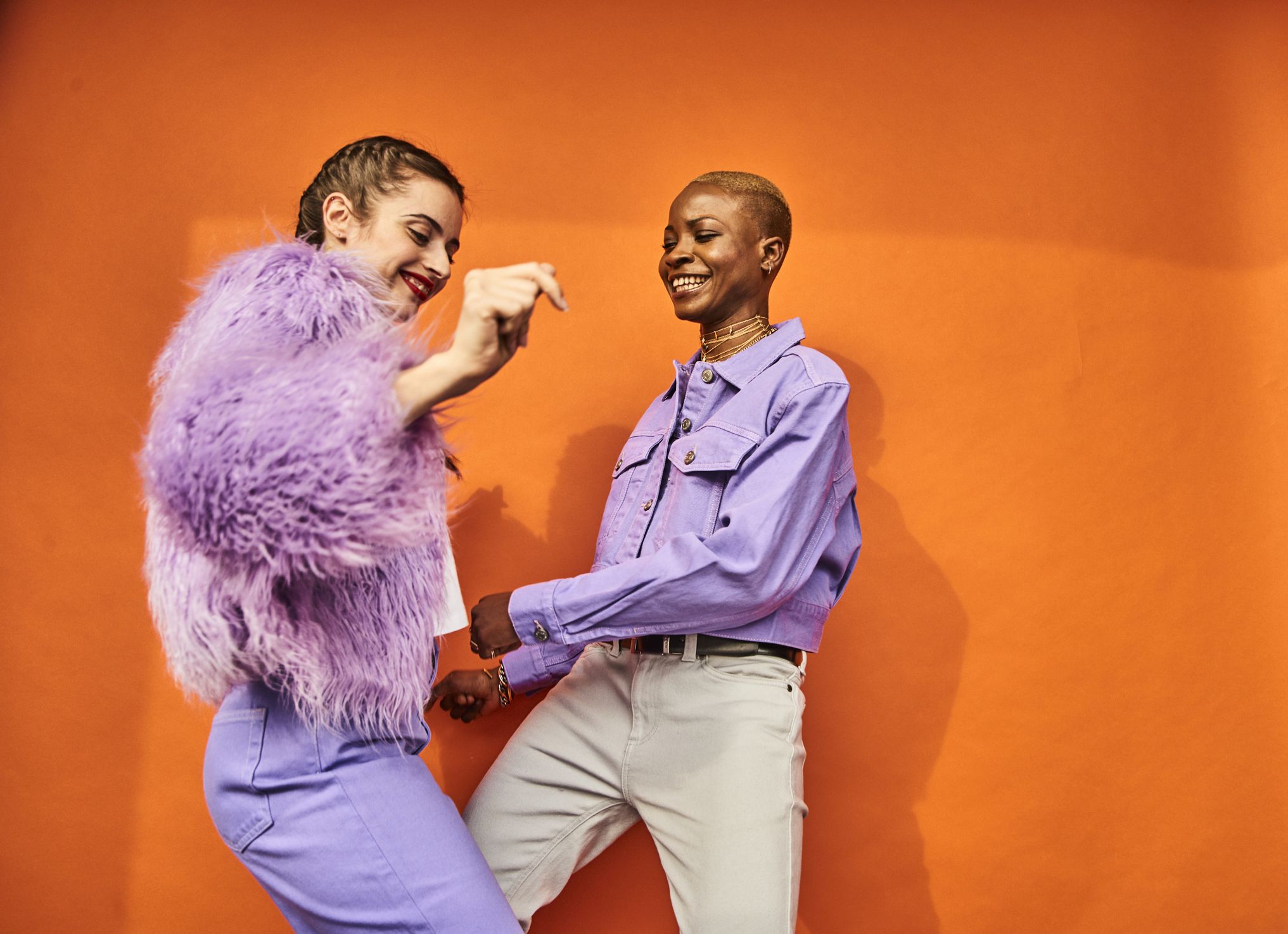 At the end of Megan’s cooking demo, she realized she’d have to ask for the other woman’s number or she’d probably never see her again. “I honestly had no idea how to do that… and started having ‘friend-rejection fear.’ ” Totally normal, but don’t let it stop you. The quickest way to get over the weirdness: Call it out. Say something like, “Hey, this is so awkward, as if I’m asking you out, but would you want to hang out sometime? We could go for a masked walk around the park.”

Worst they can do is say no, and if they do, don’t sweat it. Friend rejection is usually due to incompatibility of life stage, says Franco, rather than because they dislike you. Whatever the reason, you’ve just saved yourself time that can now be spent pursuing another friendship.

8. Bring back the group hang (safely).

“As more people become vaccinated, groups are a great way to keep in touch with multiple friends at the same time,” says Franco. “In fact, if you’re in the same group with a friend, you’re more likely to maintain that relationship.” She suggests inviting a few different pals to hang out at the same time so long as it’s safe—perhaps a picnic in the park? Gathering a bunch of buds together is a great way to maintain new friendships as your social sched inevitably becomes busier.

You can even amplify your friendship-making impact by letting each person know they can bring any of their friends to hang out, too. Some may feel more comfortable keeping their friends separate, so it’s important to respect their boundaries, says Franco, but there’s nothing wrong with offering up the option. Think of it as networking, but for your personal life.

By the end of your first get-together, you can probably tell if they’re up for a second. If the feeling’s mutual, suggest meeting again. Depending on your schedules—especially if you’re both busy mamas—that might not be for a few weeks. Try to maintain communication at least once a week so it’s clear you want to prioritize them. And know that technology can help, but only if it gets you closer to actual face time (pending your state’s COVID-19 guidelines and your vaccination status).

“We think friendship is following someone on Instagram. It is not,” says Akbari, who notes that being proactive is key. If you can, aim for IRL interactions once a month or more—even if it’s as mundane as running errands together. After all, friends don’t let friends hit up Target alone.

This article originally appeared in the October 2019 issue of Women’s Health.