I had Botox injected into my jawline – now people are saying it looks like I have a fish gill on the side of my face, it’s mortifying

A woman has been left mortified after Botox injected into her jawline made her look like she had a ‘fish gill’ on the side of her face.

Shelby Hooks, from the US, recently went viral on TikTok when she posted a video of the unusual side effect of the procedure.

In the clip, which has amassed over 92,000 views, Shelby admitted she was ‘freaked out’ when she spotted what happened when she clenched her jaw.

She said: ‘Attention to anyone who has done masseter Botox before or does Botox for a living? I need help.’ 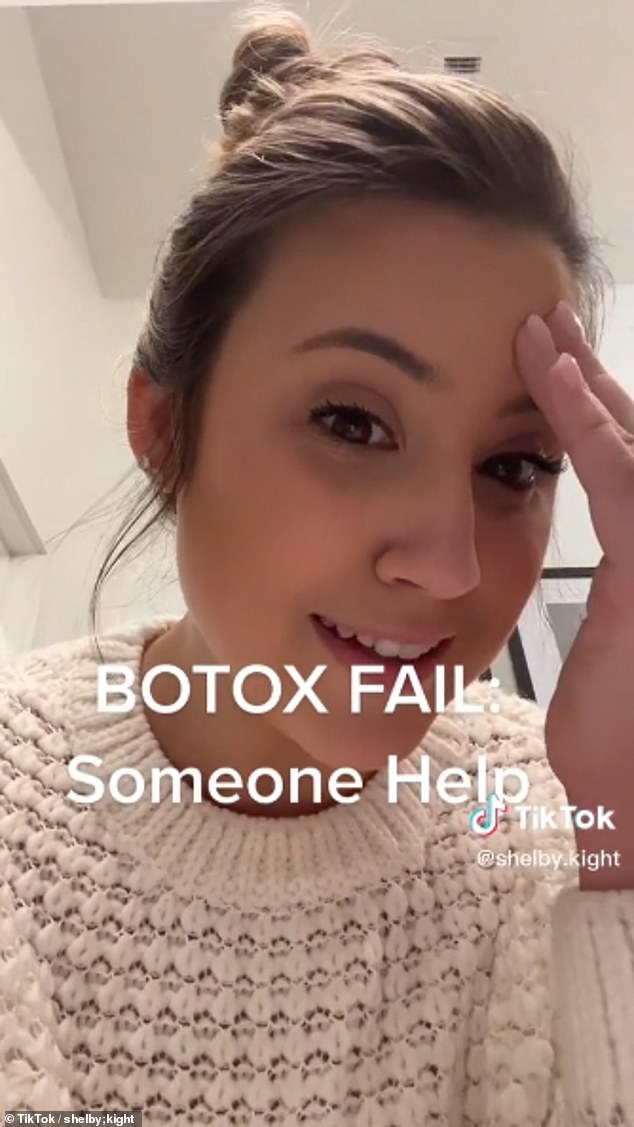 Shelby Hooks (pictured), from the US, went viral when she posted about the unusual side effect of Botox being injected into her jaw

Demonstrating what happens when she bites down, Shelby said: ‘What the hell is my masseter muscle doing?

‘It’s popping out, it doesn’t happen on the other side, only here when I clench my jaw.’

Shelby then explained she had had the treatment to counteract her teeth grinding rather than cosmetic reasons. 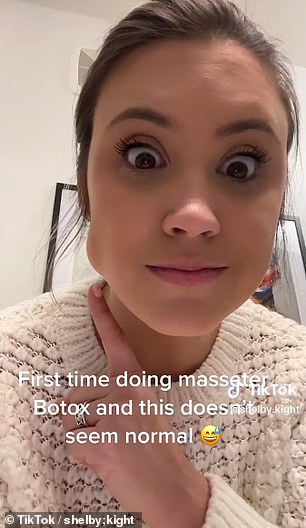 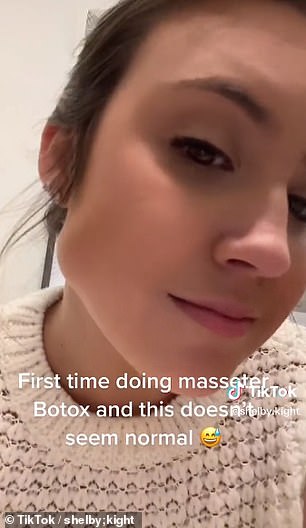 Left: The lump that appeared on Shelby’s jaw when she clenched down. Right: one viewer said they also had experience of the ‘fish gill’ 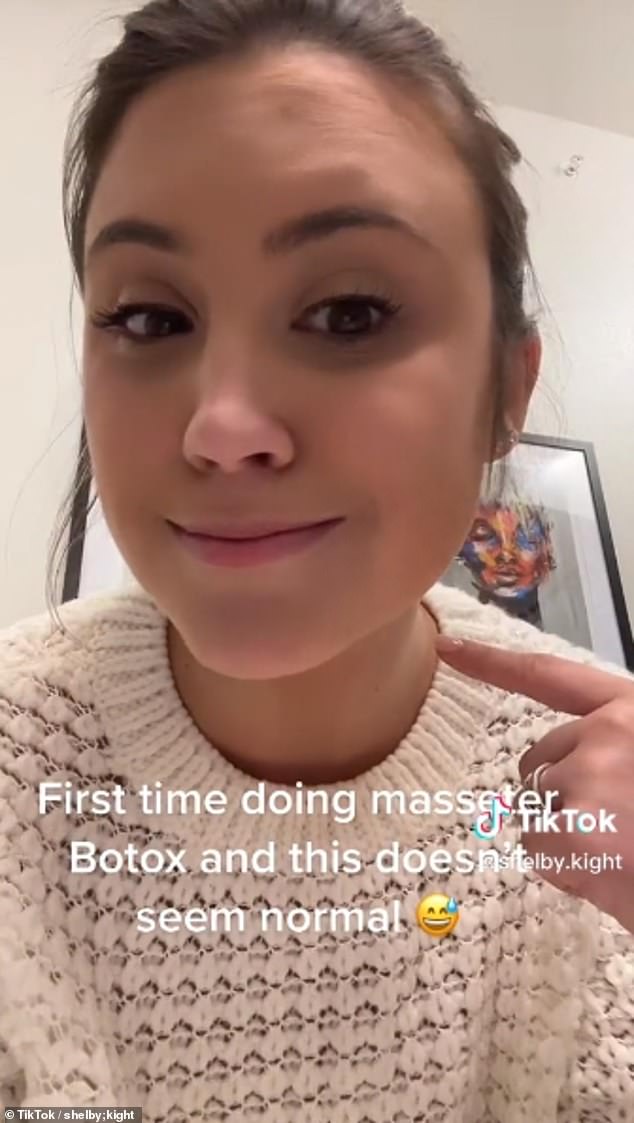 The lump appeared on just one side of Shelby’s face – meaning it was undetectable from certain angles. After going back to the clinic, Shelby was told she had ‘crazy strong masseters’

‘Sometimes one side of the muscle kicks in before the other, causing the ‘fish gill’ like effect,’ one viewer replied.

Trying to reassure her, another added: ‘Sometimes one side of the muscle kicks in before the other, causing the ‘gill’ like effect.’

Having been affected by the issue, a third wrote: ‘Please someone help me, I got this done yesterday and this happened to me! I’m so scared, will it stay this way??’

According to California-based aesthetician Anusha Dahan, this is a short-term side effect that usually appears one or two days after the treatment.

Posting on her Instagram, she previously wrote: ‘This usually occurs when dose of toxin is small OR all three muscle layers were not treated altogether.’

The expert said the best course of action is to wait to see if the lump goes away on its own after two weeks and then have a small top-up of Botox if it doesn’t.

Having been given similar advice, Shelby told her panicking viewer that her ‘gill’ had mostly disappeared after two weeks and then they did a ‘touch-up to fix the rest’.

She added: ‘The injector said I had crazy strong masseters.’