Tverskaya Street in Moscow has been compared toNew York City’s ritzy Fifth Avenue and called ” Russia’s answer to Oxford Street and the Champs-Élysées.”

On a recent trip to Moscow, I walked down most of the bustling mile-long road, which stretches from the city’s Garden Ring that surrounds the city center, all the way to Red Square and theKremlin.

While I expected to find an upscale shopping district filled with glamorous boutiques on Tverskaya Street, it didn’t live up to my expectations. Apart from some beautiful architecture, the street didn’t have many similarities to the luxury shopping areas it’s been compared to.

Tverskaya Street in Moscow is a mile-long street that stretches from the city’s ring road to Red Square. It’s one of the city’s central streets. The Culture Trip called it “Russia’s answer to Oxford Street and the Champs-Élysées.” 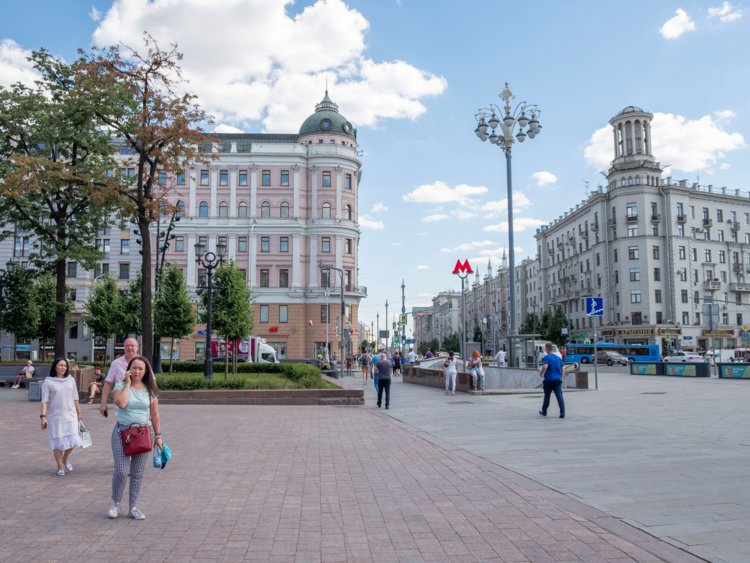 On a recent trip to Russia, I walked most of Tverskaya Street. I started my walk at Pushkin Square, which features a bronze statue of famous Russian writer Alexander Pushkin in the center of a small park. 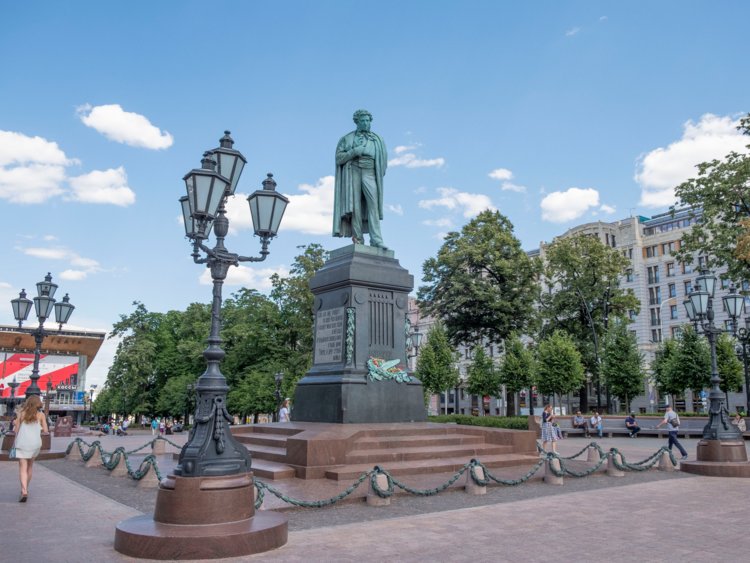 Across the boulevard from the Pushkin statue is another beautiful little park with colorful flowers and a fountain. 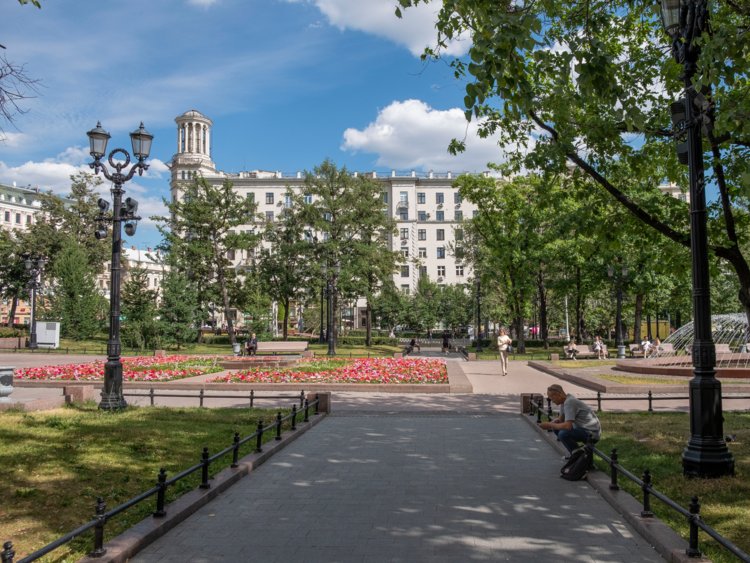 I immediately took notice of Tverskaya’s beautiful architecture. The street was originally home to grand houses of aristocrats. It was remodeled in the 19th century to include commercial buildings, department stores, and churches. 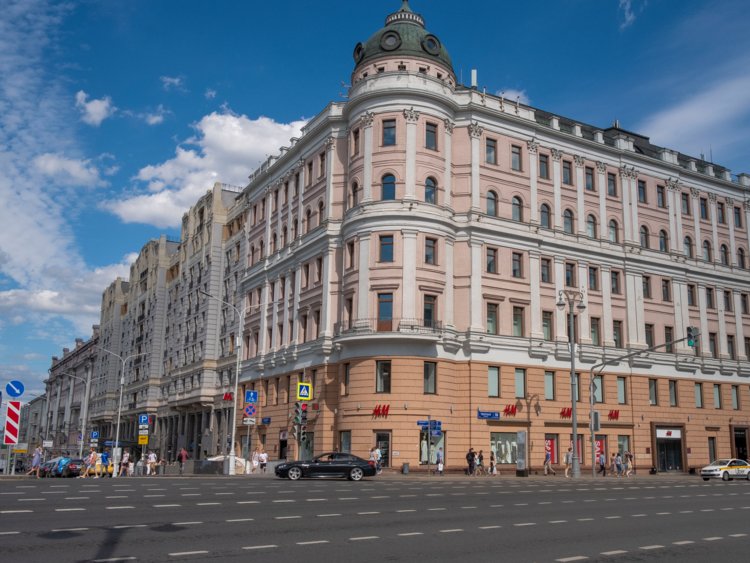 Like the Champs-Élysées in Paris, which I visited while living in the French capital, Tverskaya Street is a bustling thoroughfare teeming with cars whizzing by. I noticed there was no place to cross over to the other side of the street. Instead, pedestrians have to use underground tunnels, which connect to the metro, to get to the other side. 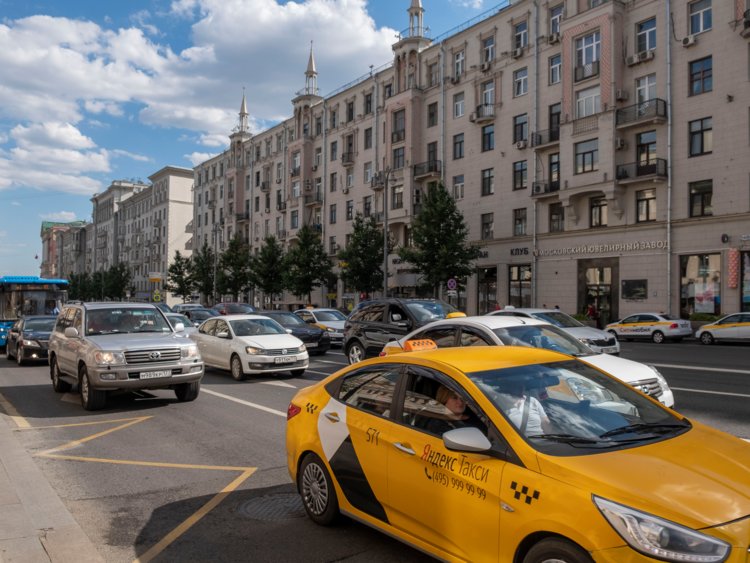 But as I started walking down Tverskaya toward Red Square, it didn’t strike me as a luxury shopping street. For one, I saw several storefronts that looked like they’d been sitting empty for quite some time. 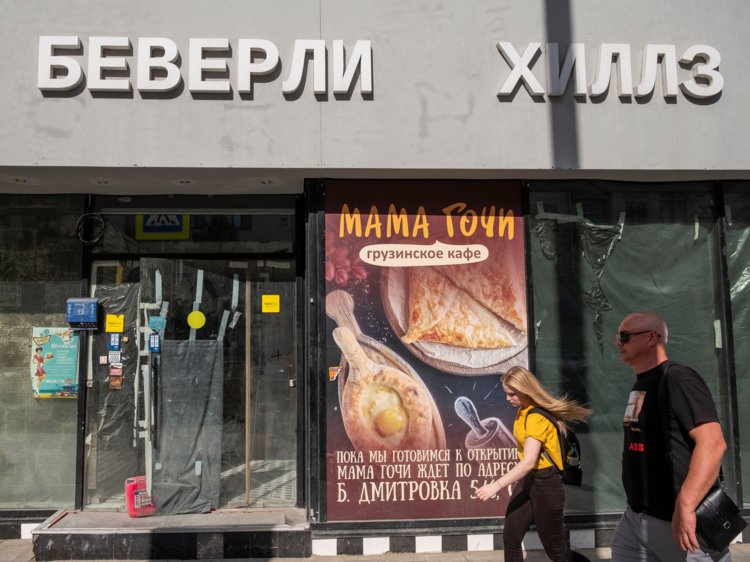 And the shops that were open didn’t seem to be high-end shopping. 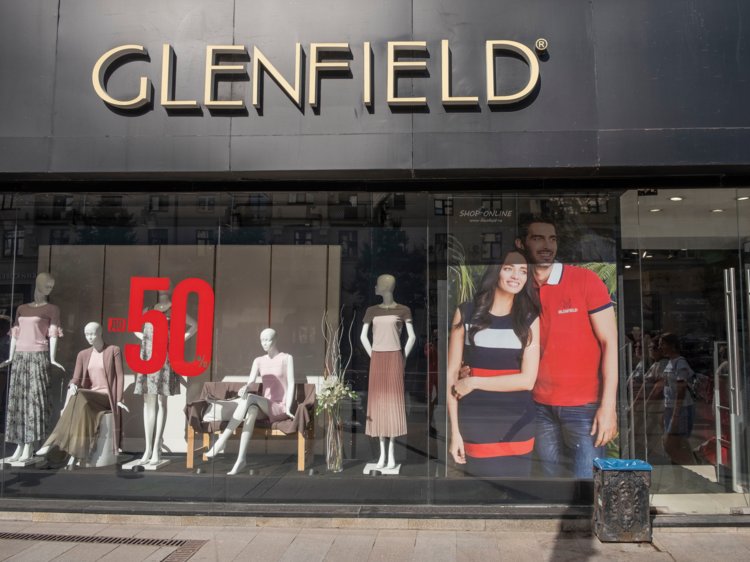 One of the first clothing stores I stepped into was full of dated styles. 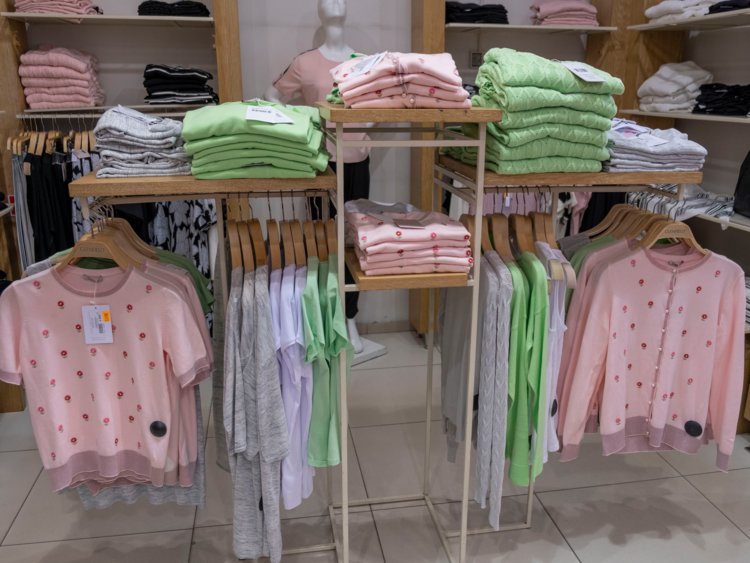 I saw stores like Tezenis, an Italian underwear and apparel brand that sells clothing at a similar price range to Swedish fast fashion retailer H&M. 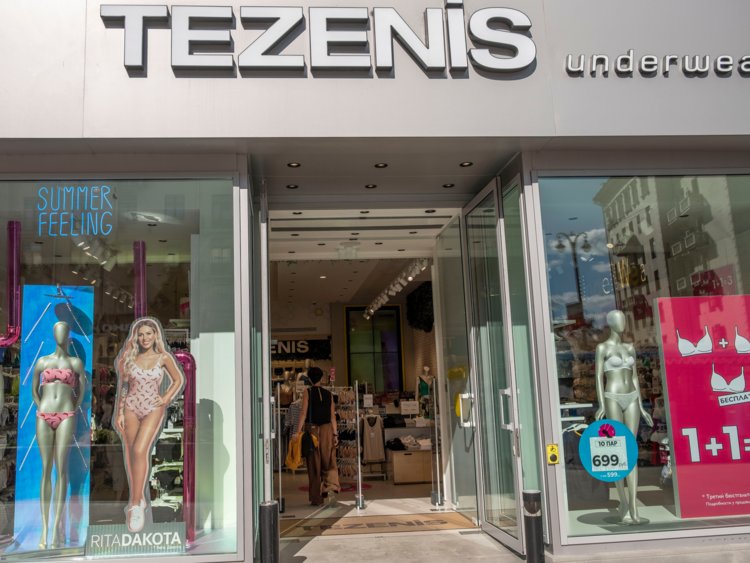 The architecture, however, was beautiful. 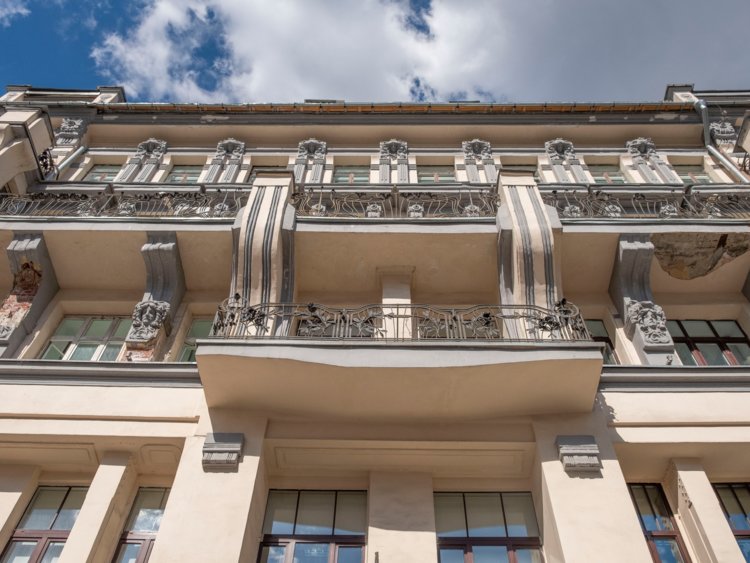 Many of the buildings lining Tverskaya Street had graceful archways that opened up to smaller side streets. 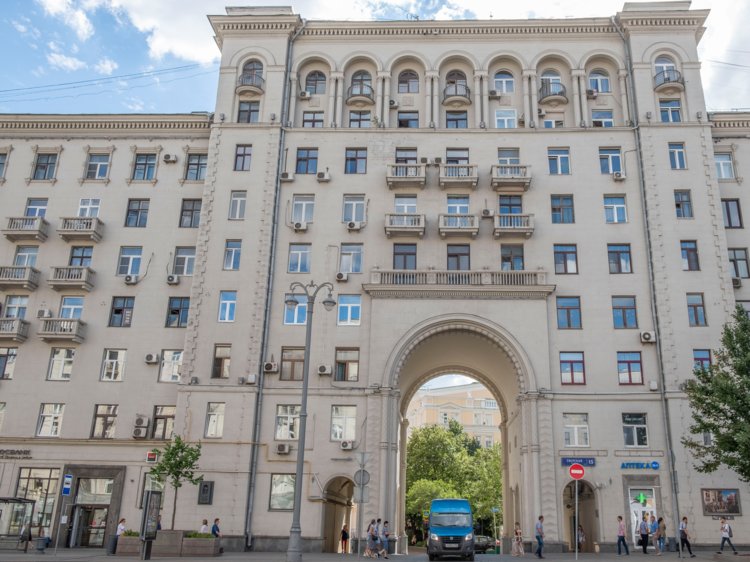 I passed a stately red building with white columns, which I later learned is the Moscow Mayor’s Office, built in 1782. 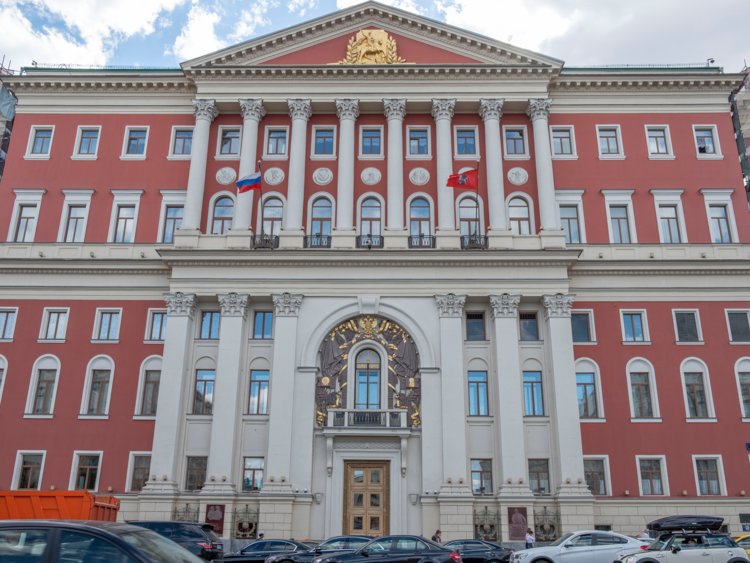 But the lack of beautiful luxury boutiques was disappointing after my research had led me to believe that’s what I’d find. Instead, over the course of my walk, I passed pharmacies and cell phone stores … 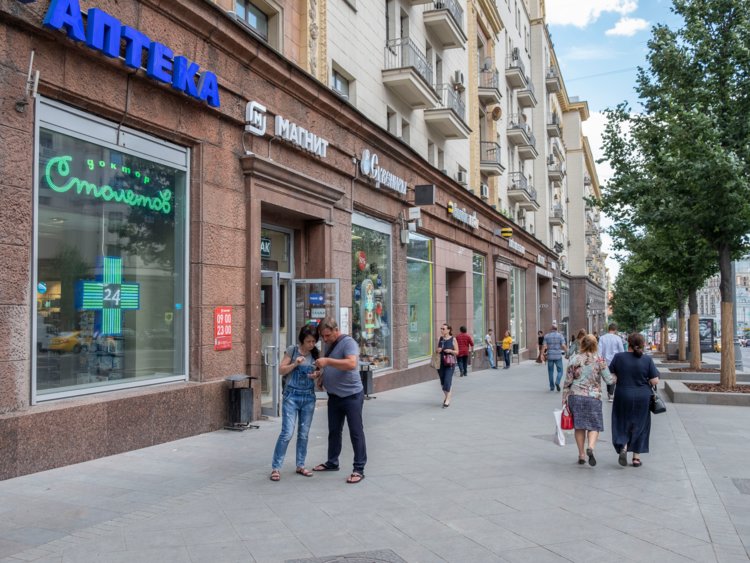 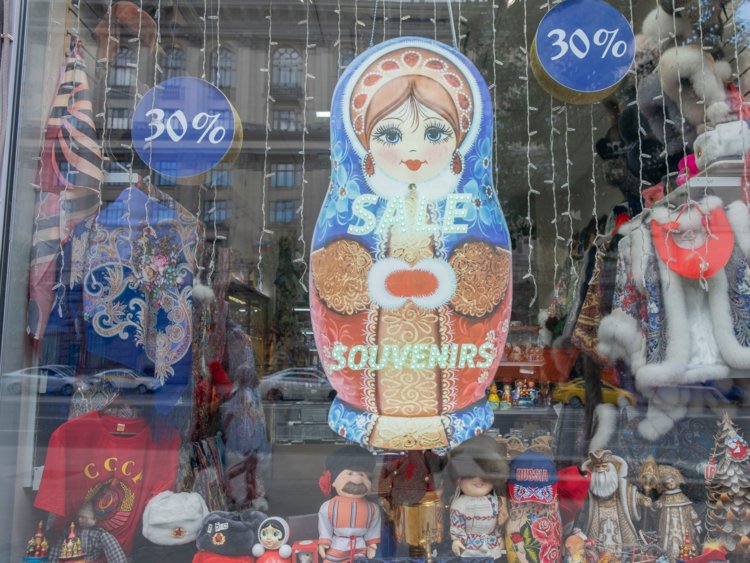 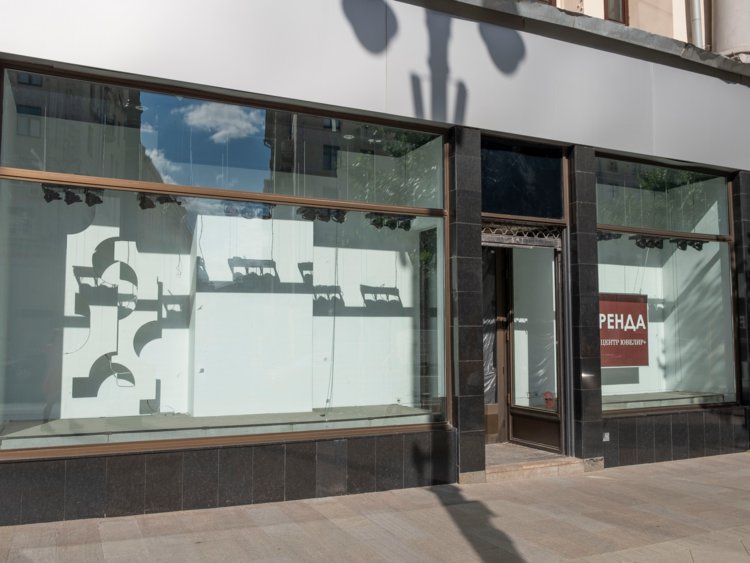 Instead of Louis Vuitton or Gucci, there were retailers like Calzedonia, an Italian swimwear and hosiery company where most swimsuits sell for under $125 and a pair of tights goes for $15. 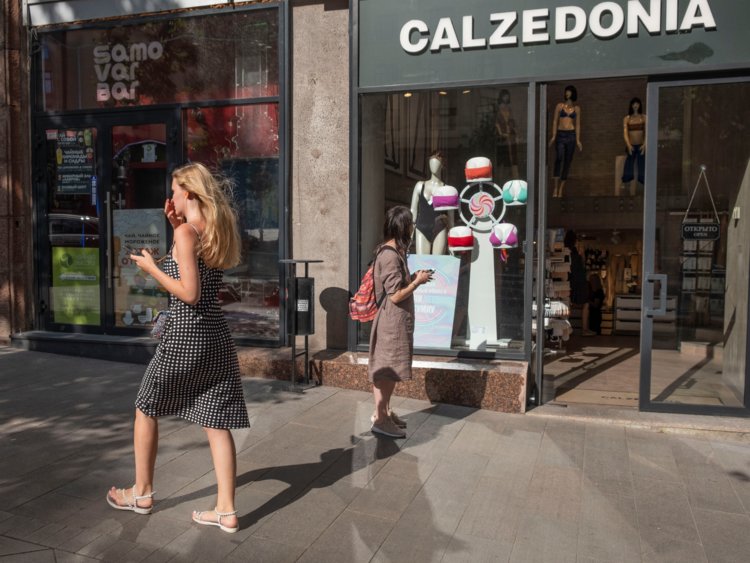 And many shops touted discounts and sales of up to 70%. 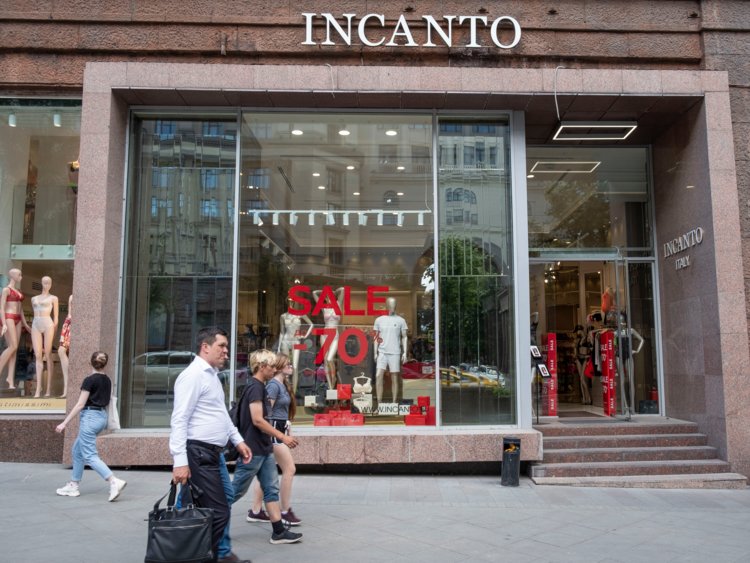 I didn’t even see many people walking around — not that I like crowds, but it was certainly a stark contrast from the hustle and bustle of the Champs-Élysées. 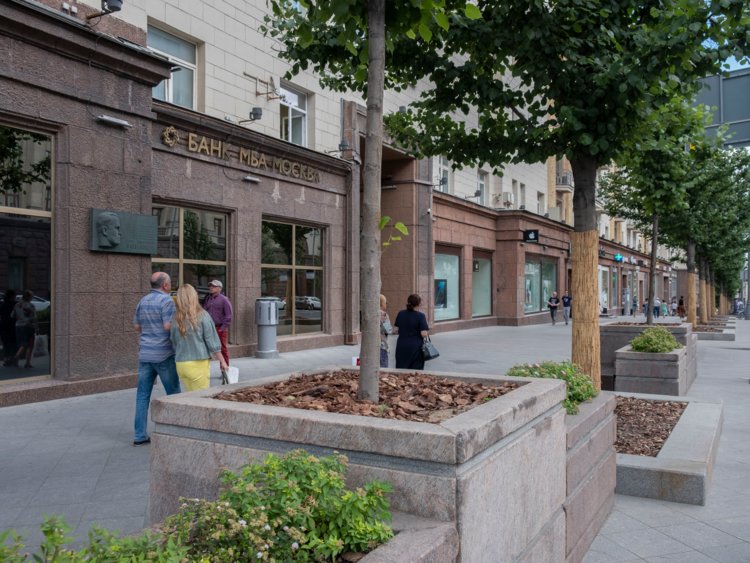 As I approached the end of Tverskaya Street, the area did seem to get a bit fancier. I spotted the Ritz Carlton Moscow and Italian luxury apparel brand Stefano Ricci. 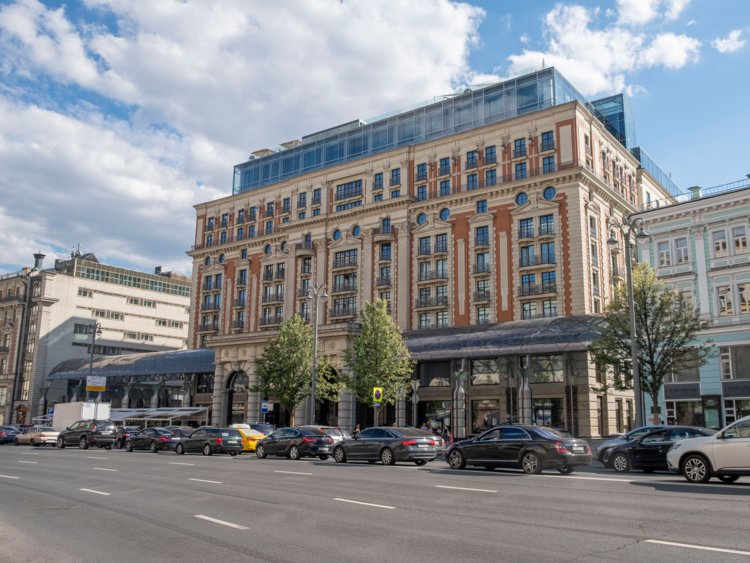 As I wrapped up my walking tour, ultimately I felt Tverskaya Street didn’t live up to the hype. 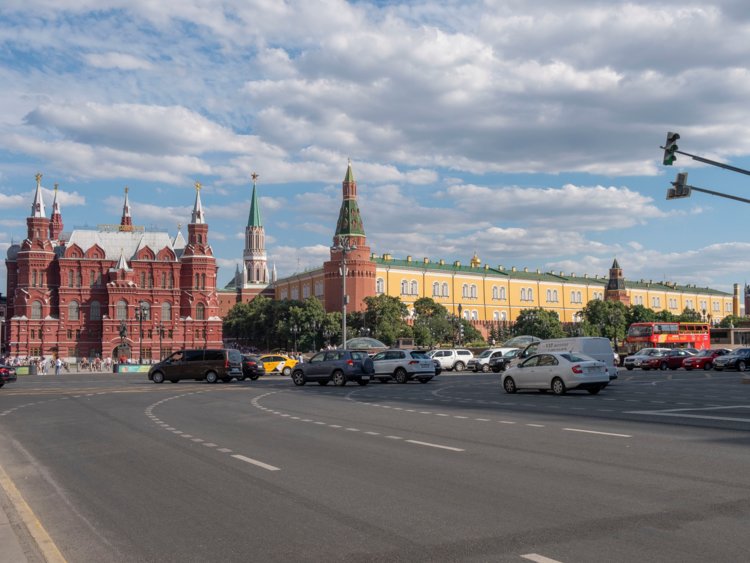 While there’s nothing wrong with fast-fashion and non-luxury shopping options — personally, that’s where I shop instead of high-end stores — the street just didn’t live up to its reputation as Moscow’s premier luxury shopping district.

SEE ALSO:I toured 2 of NYC's most notoriously expensive areas for real estate, and they offered a very different look at the city's wealth

DON'T MISS:I spent an afternoon in NYC's richest ZIP code, where celebs live in a 'paparazzi-proof' building and the average income is $879,000. Here's what the trendy neighborhood looks like.