OnlyFans has a surprising new member: the Vienna Tourist Board.

No, its account will not feature after-hours photos of employees. Instead, the board will use the adults-only site to show images of paintings and sculptures displayed in the Austrian capital that have been blocked by social media sites for nudity or sexual content.

The offending artworks include the Venus of Willendorf, a 25,000-year-old limestone figurine of a woman. Facebook removed a photo of it from the Vienna Museum of Natural History’s page several years ago for being “pornographic.” 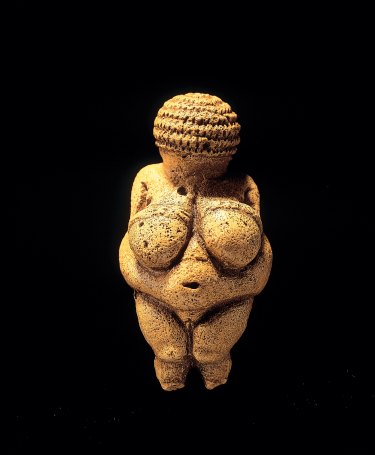 The 25,000-year-old Venus of Willendorf statuette was too risque for Facebook. Credit:Gerhard Trumler/Imagno/Getty

There’s also Liebespaar, Koloman Moser’s early-20th-century painting, which the Leopold Museum included in a video post celebrating its anniversary in September. The video, which was blocked by the algorithms of Instagram and Facebook, “is a combination of details of the work and written feelings that are evoked by the painting,” said Christine Kociu, the museum’s social media manager. “It shows a nude couple embracing. It’s actually sweet.”

For example, Instagram’s community guidelines say: “Photos in the context of breastfeeding, birth giving and afterbirth moments, health-related situations (for example, post-mastectomy, breast cancer awareness or gender confirmation surgery) or an act of protest are allowed. Nudity in photos of paintings and sculptures is OK, too.”

Facebook’s rules allow for nudity in photographs of “paintings, sculptures and other art,” and TikTok writes that it “may allow exceptions” to its ban on nudity and sexually explicit content.

Despite the flexibility of the platforms’ guidelines, museums and other institutions that post photos of art have found that instances of nudity have not always been deemed acceptable. Part of the reason could be that on social media, censorship is less a matter of public opinion than the sensitivity of artificial intelligence, which is used to flag content that violates a site’s guidelines.

The social media platforms did not respond to requests for comment on the seeming contradiction of the rules and how they are enforced.

“It’s not an anti-technology agenda that we have,” said Norbert Kettner, director of the Vienna Tourist Board. But after the city’s museums faced one case after another of social media sites taking down their posts, he said, “We thought, ‘What would be an alternative? What would be a channel where nudity is not an issue in and of itself?’ ”

Kettner said the OnlyFans account is not a permanent solution, but rather a protest against censorship and a call for conversation. “We want to draw attention to a certain thing,” he said. “We want to put it out there, to talk about the role of artificial intelligence, of algorithms.”

It is not the first time the tourist board has taken a public stand against censorship. In 2017, the board approached several cities with a proposal to show large-scale ads featuring nude portraits by Egon Schiele, an early-20th-century Austrian artist known for his sinewy depictions of the human form.

“We wanted to know how much can we, as a society, deal with nudity which was produced 100 or 110 years ago?” Kettner said. Not much, as it turned out.

Officials in England and in Germany deemed the images too explicit. In the end, the Vienna tourist board decided to use the rejection as an opportunity. The posters appeared across London, the German cities of Hamburg and Cologne, and New York City with certain body parts concealed by strips of text, reading: “Sorry, 100 years old but still too daring today.”

Vienna is hardly the only city whose art has been censored online. Many artworks, from all over the world, have been incorrectly identified by AI as pornography. Facebook has taken down pictures posted by the Museum of Fine Arts in Boston (of Imogen Cunningham’s photographs of nude bodies), the Philadelphia Museum of Art (of a painting by Evelyne Axell in which a woman is licking an ice cream cone) and the Metropolitan Museum of Art in New York (of a 1917 painting of a nude woman by Amedeo Modigliani).

A teacher in France sued Facebook after the social network deleted his account after he posted an image of Gustave Courbet’s The Origin of the World, a 19th-century painting in which a woman’s vagina is the focal point. In 2018, the court ruled that Facebook was at fault but did not award any damages to the plaintiff. And in 2016, a politician in Denmark said she could not post a link to her blog on Facebook because the post included a photo of The Little Mermaid, a public sculpture in Copenhagen that apparently shows too much skin by the social network’s standards. 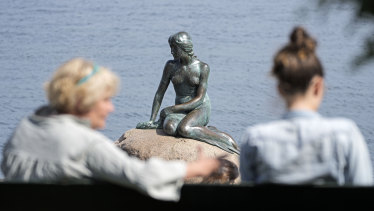 Kociu said that in the past few years, Facebook’s and Instagram’s algorithms have improved at identifying artworks. So the platforms’ decision to block the video ad featuring Liebespaar, as well as a nude self-portrait by Schiele, surprised her.

In cases like these, there is not much recourse other than to send an appeal to the platform. “It’s depressing sometimes,” Kociu said. “People can make a decision about whether they like the artworks or not, but not being able to show them because of an algorithm is weird.”

The situation is even worse for contemporary artists, Kettner said. “Young artists depend on online channels,” he said. “We think and we feel that there’s a sort of unconscious self-censorship that is going on in the brains of these artists. ‘What can I post?’ That’s even more serious. The algorithm is suddenly in a position to determine our cultural legacy for tomorrow.”

This article originally appeared in The New York Times.

The Booklist is a weekly newsletter for book lovers from books editor Jason Steger. Get it delivered every Friday.