Old footage of a local Nebraska TV personality’s shockingly blunt celebrity interviews is going viral, with Twitter users calling her ‘amazing’ and comparing her to Zach Galifianakis on Between Two Ferns.

Leta Powell Drake is a member of the Nebraska Broadcasters Hall of Fame and the Nebraska Press Women’s Hall of Fame, and for years she interviewed some of the biggest names in Hollywood, from Tom Selleck to Tom Hanks to Elliott Gould.

But Leta, now 82, hardly tried to buddy up to the stars she gets on camera — instead, she asked some shockingly blunt questions and makes less-than-flattering pronouncements, going so far as to tell Gene Hackman that he’s made ‘some stinkers’ in addition to his ‘brilliant pictures’. 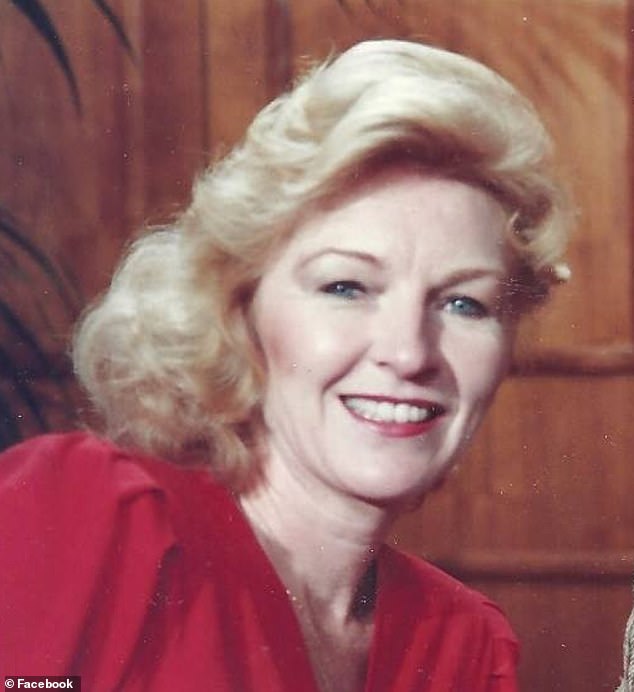 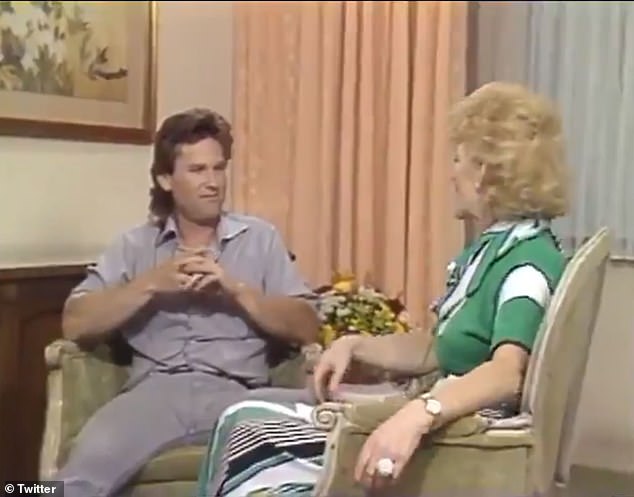 Jumping right to it! Interviewing Kurt Russell, she asks him bluntly if his father is still alive 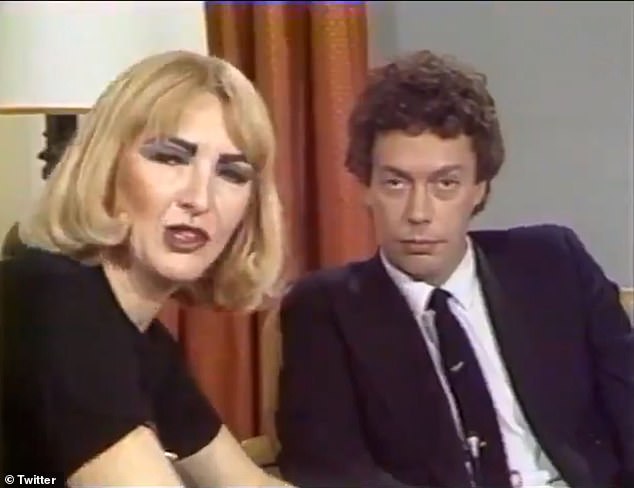 Rude: With Tim Curry right in front of her, she turns to the camera and says, ‘He looks evil… in many ways’ 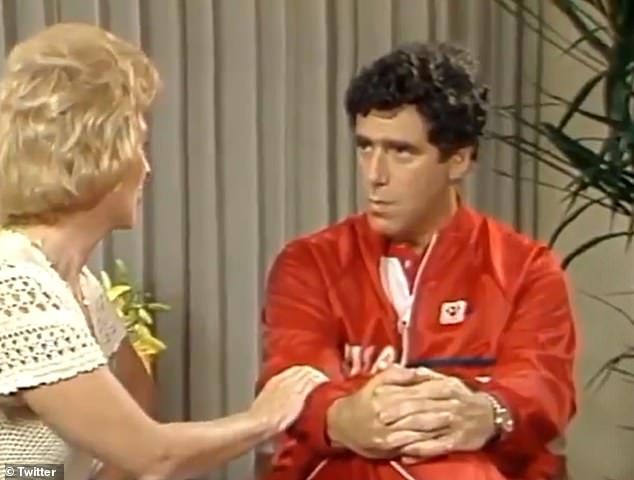 She leaves Elliot Gould flummoxed when she says, ‘You don’t consider yourself a great actor, do you?’

While the interviews all took place some decades ago, they are going viral thanks to a compilation shared by a Twitter user who goes by John Frankensteiner.

‘Currently obsessed with Leta Powell Drake, the greatest interviewer of all time,’ he wrote.

In one clip, she spoke to Academy Award nominee Lee Remick, and noted that she got to work with Richard Burton in 1960’s The Tempest (and later in 1978’s The Medusa Touch).

Later, she asked her: ‘How would you feel, as a mother, if your daughter were involved with your former love? Personally, how would you react to something like that?’

In another clip, she interviewed Kurt Russell and said to the viewers at home, ‘Do you know who his dad is? His dad is — you watch Bonanza, I’m sure you watch the reruns of Bonanza. He was the sheriff on Bonanza. Ben Russell.’

Here, she turned to Kurt and abruptly asks, ‘Is he still alive?’

Leta has a habit of asking stars about their flops. Speaking to Sam Waterston, she earned an eyebrow raise when she asked, ‘What happened to Heaven’s Gate, Sam?’

Heaven’s Gate, a 1980 Western, was considered a major flop after its release (though in subsequent years it has been viewed more favorably).

Leta similarly asked Peter Scolari what happened with Bosom Buddies, the sitcom he starred in for two seasons with Tom Hanks before it was canceled.

With Tom Selleck, Leta told viewers that he turned down the role of Indiana Jones in Raiders of the Lost Ark — which the actor denied. 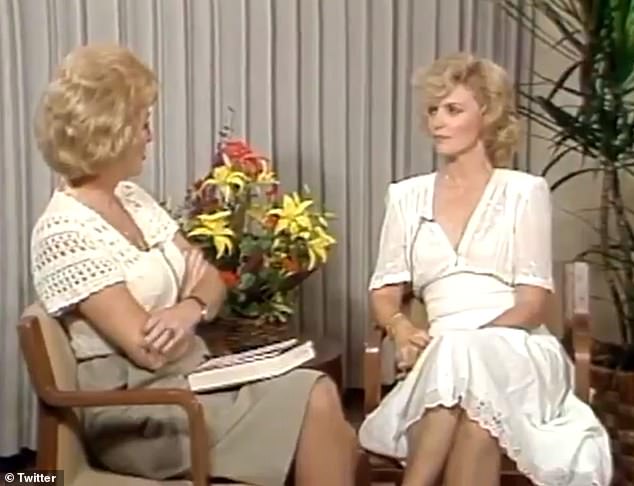 She says to Academy Award nominee Lee Remick, ‘How would you feel, as a mother, if your daughter were involved with your former love?’ 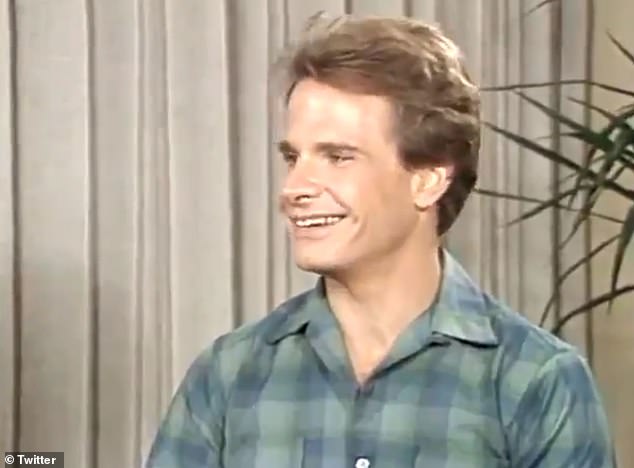 Straight to the point: She asks Peter Scolari what happened with Bosom Buddies, the sitcom he starred in for two seasons with Tom Hanks before it was canceled 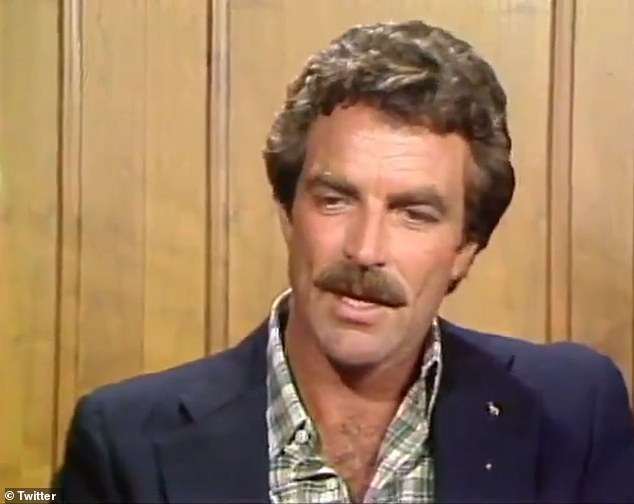 Facts: With Tom Selleck, Leta told viewers that he turned down the role of Indiana Jones in Raiders of the Lost Ark — which the actor denies

She posed a similar question to Elliot Gould, asking him if he had ‘regrets’ about not joining the cast of MASH, saying: ‘They’ve all made a fortune.’

Later, she made it even more awkward, asking him, ‘You don’t consider yourself a great actor, do you?’

With Tim Curry right in front of her, she turned to the camera and says, ‘He looks evil… in many ways.’

She made Jaws star Roy Scheider uncomfortable about his eyes, and full-on flirted with Kojak star Telly Savalas.

In other clips, she asked Scott Baio what size clothes he wore, and pressed Tom Hanks on how he kissed underwater ‘without bubbles coming out of your nose and mouth’ in the movie Splash. 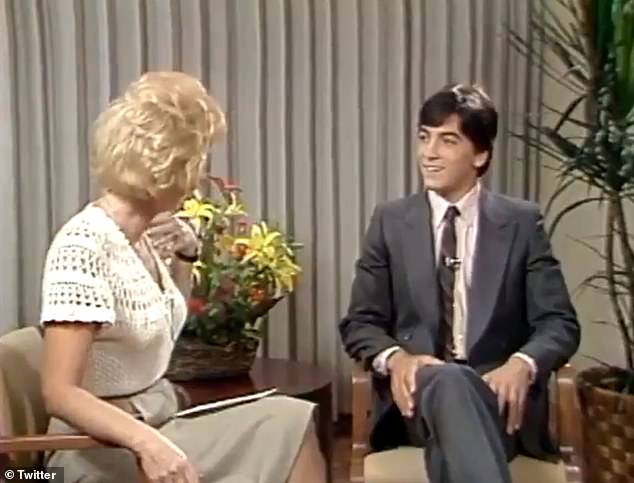 Not appropriate! She asks Scott Baio what size clothes he wears 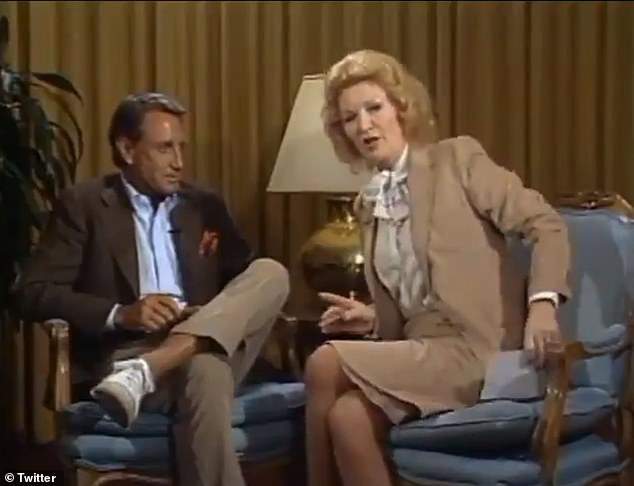 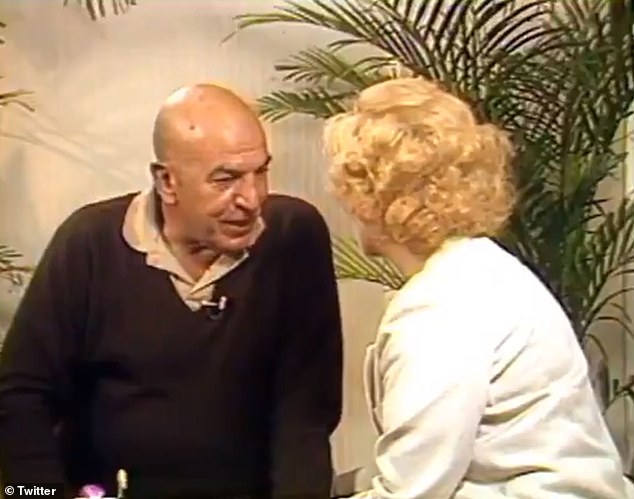 Twitter commenters have gone wild for the throwback videos, with some calling her hilarious but others saying she’s just rude.

‘She’s me, about 3 drinks into every party I’ve ever attended. This is why lockdown must never end,’ quipped one.

‘If my intrusive thoughts became a journalist,’ joked another.

‘This is straight up funnier than any Between Two Ferns bits, which are hilarious,’ wrote a third.

‘OMG she’s exactly like my mother whenever I brought a bad boyfriend home,’ added one more.