There was no single earth-shattering moment of recognition that I was trans, but plenty of smaller ones, troubling me since my early teens.

So, at 29, it makes sense that I had a couple of ‘coming outs’ – one when I felt I was non-binary, and another when I finally accepted my true self.

But before reaching this point, I believed you were supposed to ‘know’ all along.

From that first vivid memory of shaving my legs to getting dolled up for prom, I always thought I was happy being a girl. There were times I daydreamed of being a boy, confidently handsome, but even in drama classes I was never comfortable portraying masculinity. I was convinced my dreaming was just that. Looking back, I think I saw the seemingly effortless self-assurance of my male peers as something I couldn’t live up to.

Even though I knew I was bisexual by 14, I based my life around trying to appeal to boys. I wanted guys to look at me and see a woman – but try as I did, they rarely saw me the way I wanted them to. I felt doomed to be a little girl forever. To never be a woman in other people’s eyes, the same way I could never see myself as one. 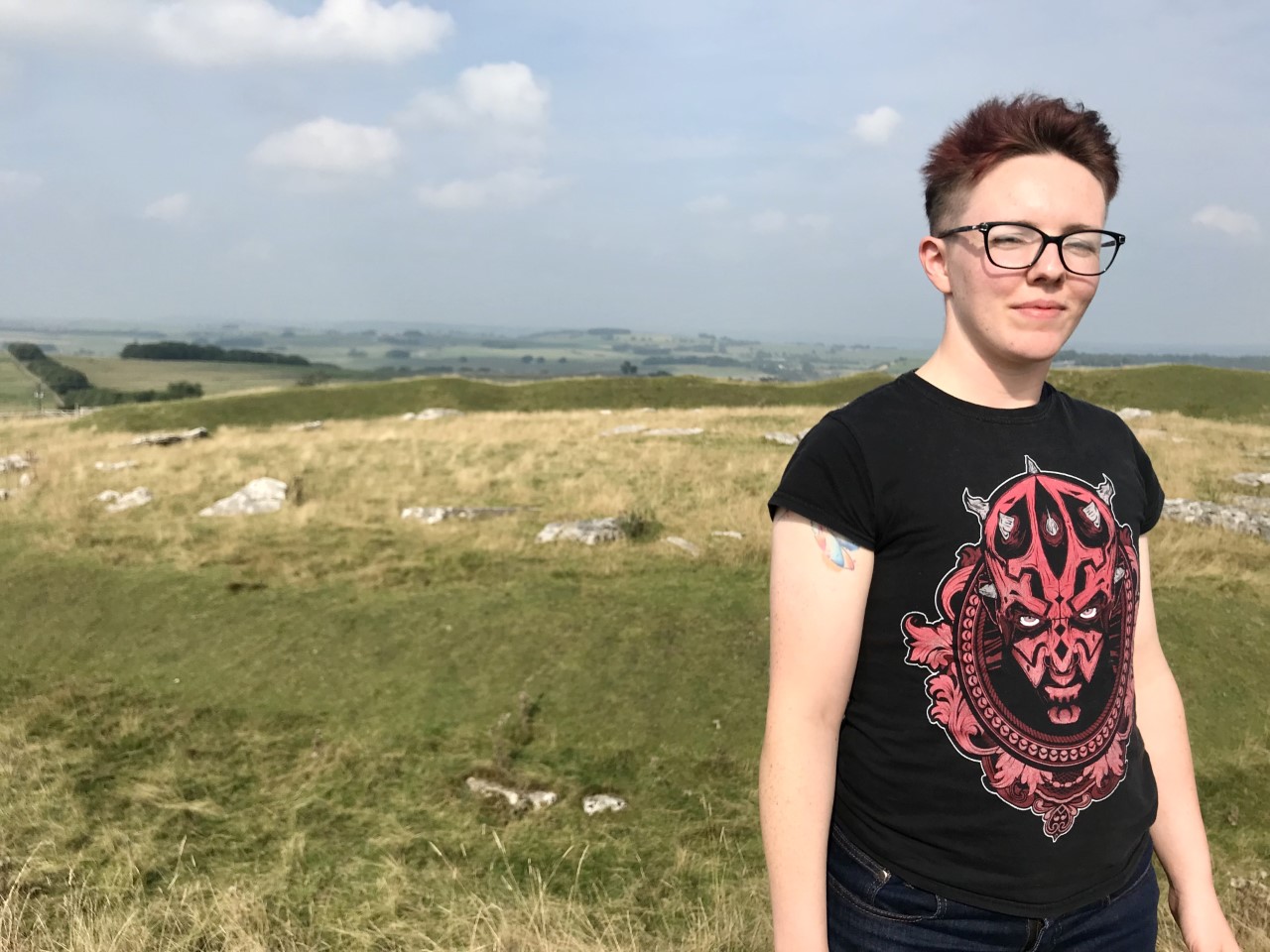 This was a feeling that shadowed me well into adulthood, always turning to others for a blueprint of who I was supposed to be.

But I didn’t share many dysphoria symptoms with trans masculine teens, or people assigned female at birth who identify with masculinity. I enjoyed wearing makeup, kept my hair long or pixie-like, and wished my breasts were bigger, rather than gone. Without ‘feeling like a boy’, I went the opposite direction and felt unattractive because I had a more boyish figure.

In my uni years, I loved hearing from friends that I walked like a woman should. In hindsight, it was an affirmation that I came across the way I was ‘supposed’ to. Now that I bind my chest and have a harder, hairier body, I realise I was only ever performing a part that never really fit. Since then, I have much kinder thoughts about my body (and my small breasts actually look flat in a binder).

I still sometimes blame myself for not knowing my gender identity earlier, but nothing feels clear when you go through puberty. Just as everyone experiences adolescence differently, my less physical dysphoria slipped under the radar, while for other trans people it is their defining struggle.

Never being made aware that transness is sometimes more subtle than outright hating your body made me deny myself, even when I was wishing I were a boy.

As comforting as it is to read the words of other trans men, most stories I’ve seen don’t reflect my own experience.

From stories of trans men – including Elliot Page – realising they were male as young as four or five, to people hitting puberty and realising they weren’t comfortable with what was expected of them, the common narrative in mainstream media is that trans people know it from childhood.

Of course, I’m not saying any of these people are wrong in their experiences – and trans people controlling their own stories is a wonderful thing. But I know how much it hurts to hide too. I still do so when strangers misgender me, even though I feel I’m betraying myself every single time.

Funny that it was the isolation of lockdown, being able to see myself separately from others, that allowed me to explore my gender. That forced introspection sparked a gruelling bout of depression, anxiety spirals and looking inward to find the source. I’d dreamed of being more masculine, so with the world gone topsy turvy, why couldn’t I make that my reality?

Now that I’m comfortable in my identity, I’m excited to know I’ll be starting testosterone by the time I’m 30, and that I’m saving bit by bit to have my breasts removed.

I just arrived there later than some.

Still, I wish I’d been told by someone, somewhere, that there’s no one-size-fits-all approach to discovering you’re trans.

All those years I was taking small, frightened steps towards this moment, as my happiest and most authentic self. So this is me telling you – if you feel somehow ‘less than’, and my words make you think you might be trans, then maybe you are. But don’t worry. Just be you.