"You were crying but your face wasn't moving. I need your face to move!"

Jen Shah is sharing the rather unusual advice she received from her lawyer.

On Wednesday’s episode of “The Real Housewives of Salt Lake City,” the reality star spoke about her upcoming fraud trial with her castmates during a group trip to Arizona. And, at one point, Shah, 49, revealed her attorney suggested she no longer get Botox injections in order to show more emotion. 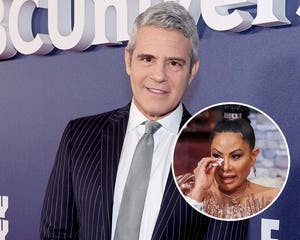 “My lead trial attorney Priya [Chaudhry] said, ‘I’m going to need you to not get botox. I’m like, ‘What?'” Shah said to her fellow Housewives Lisa Barlow, Heather Gay and Meredith Marks.

“She goes, ‘When we were talking earlier, you were talking about something very emotional and you were crying but your face wasn’t moving. I need your face to move!'” she added.

Shah also shared that she was experiencing a lot of anxiety as she prepared to fly from Arizona to New York, where she said her legal team was going to conduct a mock trial to get her ready for the real trial.

“I had a full-on anxiety attack this morning,” Shah said to Marks. “Because I have to actually fly to New York and I’m going by myself.” 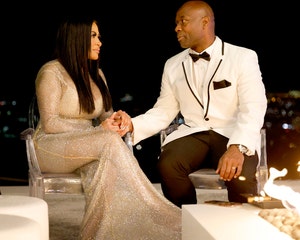 Back in March 2021, Shah was arrested after she was accused of running a telemarketing scheme that affected hundreds of people, with most of the victims being the elderly. She was charged with conspiracy to commit money laundering and wire fraud.

During the “RHOSLC'” Season 3 premiere — which began filming about seven weeks before her trial date — Shah claimed that she would never take a plea deal, before doing just that.

Shah and assistant Stuart Smith were accused of generating and selling “lead lists” of innocent people who could be targeted as part of a telemarketing scam for almost a decade.

While both pled not guilty at first, Smith changed his plea to guilty in 2021. Shah, meanwhile, maintained her innocence until she eventually pled guilty to committing wire fraud in July. Both are still awaiting sentencing.

Shah’s sentencing hearing is set for November 28 in New York.