Why Dionne Warwick isn’t paying attention to the 2021 Grammys

Who is Trevor Noah? 6 things to know about the 2021 Grammys host

Why Rihanna won’t be at the Grammys — again

Grammy-nominated singer/songwriter and “The Late Show With Stephen Colbert” bandleader Jon Batiste is eternally grateful for all the recognition he’s received as of late, including a Golden Globe win for his contributions to the original score of Pixar hit, “Soul,” — or “Saul,” depending on who you ask.

Even so, connecting with his purpose is always paramount for the artist, which is evident on the New Orleans native’s upcoming album, “WE ARE,” that in many ways continues the social justice conversation many began to dismiss as 2020 came to a close.

“It’s so much we talk about in spurts, then forget,” the 34-year-old multi-hyphenate told Page Six while discussing the new project. “We talk about it, and it’s like, the biggest thing in the world for three weeks and then it’s over. It’s not really over, we just move on to something else. The issue is still there.”

Last summer, Batiste held several peaceful protests throughout New York City in support of social justice reform following the deaths of George Floyd, Breonna Taylor and other African-Americans at the hands of police. Batiste is adamant in keeping the conversation going, despite the public’s short attention span when it comes to addressing issues that affect the marginalized. 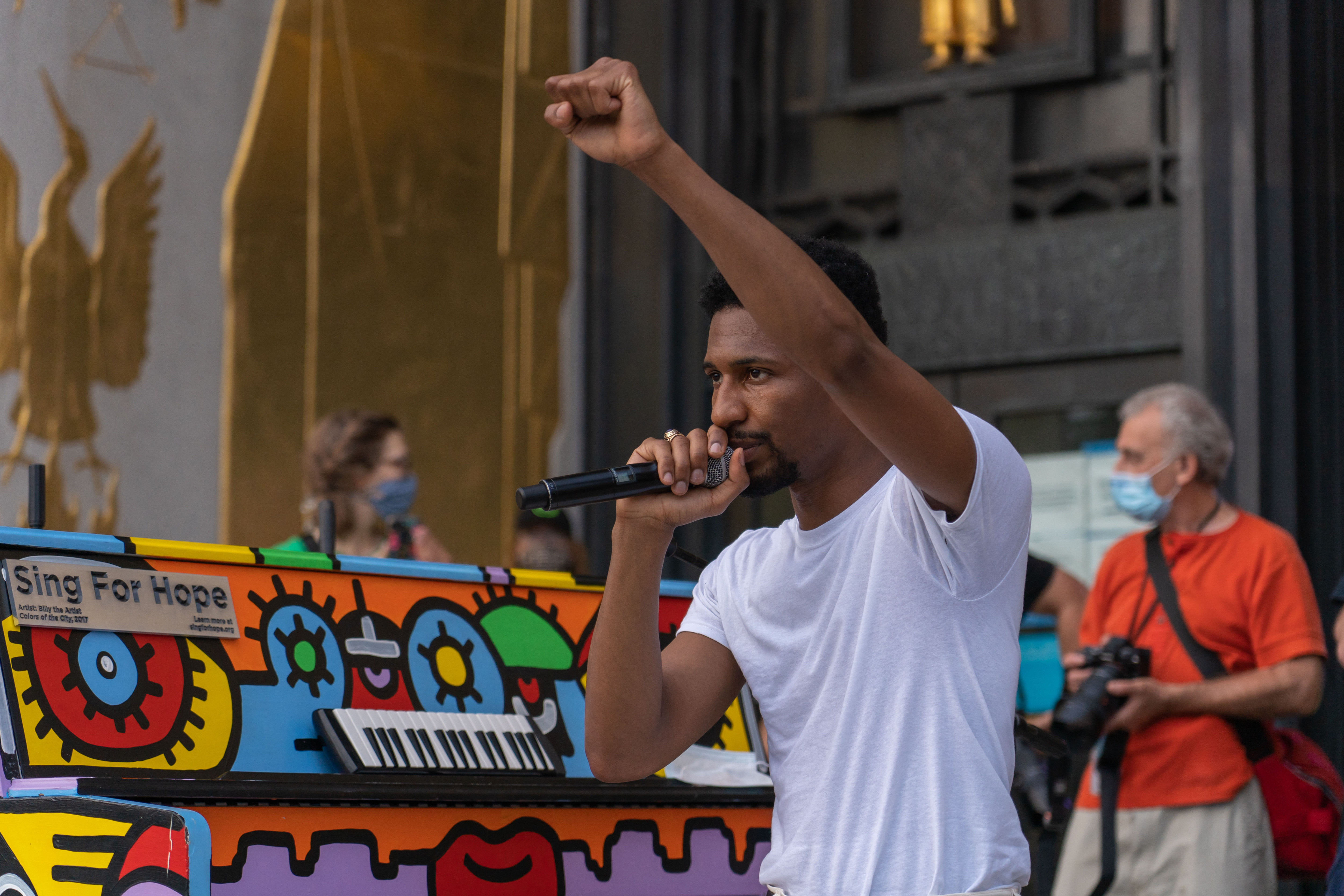 “I often feel like artists implementing some kind of social pressure is a big part of what makes things change in terms of policy and in terms of people’s perception,” he added. “Not that I’m trying it lay pressure on anyone in particular, but I want to keep the narrative of what we were talking about last summer in the ethos of what I’m doing.

The March 19 release finds Batiste drawing from a myriad of musical genres and influences, including the legendary Stevie Wonder, whose influence reaches far beyond their shared love of tickling the ivories.

“For the last five years, he’s called me on my birthday, and we have these long, long conversations,” he revealed. “My birthday is November 11, at the end of the year, and those conversations almost feel like I’m intention setting for my future.

“His influence in my life is so present, that it’s not even a musical influence no more, it’s a life influence.”

Wonder’s influence may even carry the third-generation musician to the motherland, as Batiste is currently considering packing up and moving to the continent once his “Late Show” gig comes to an end.

“I have thought about that,” he says when asked if he’d consider a move to Africa akin to Wonder’s. “I’m very interested in going and having some sort of connection, because I study my lineage a lot, going back to my Yoruba people in Benin and in the Congo.

“I think once I leave the show, whenever that is, you’ll probably see me in Africa a lot, living there at least part of the year. I’ll probably always keep my place in New York, but have Africa be home base for a while.”

For now, the dapper music fiend is loving his late-night gig, developing undeniable chemistry with host Stephen Colbert over their six years on-air.

“You know, he’s someone who’s gone through so many phases in the entertainment world,” Jon said of friend and supporter, Colbert. “He’s a voice politically and also in terms of comedy, political satire. He’s gone through all these different phases from being an actor to being a public intellectual. It’s interesting to have seen how he’s evolved.” 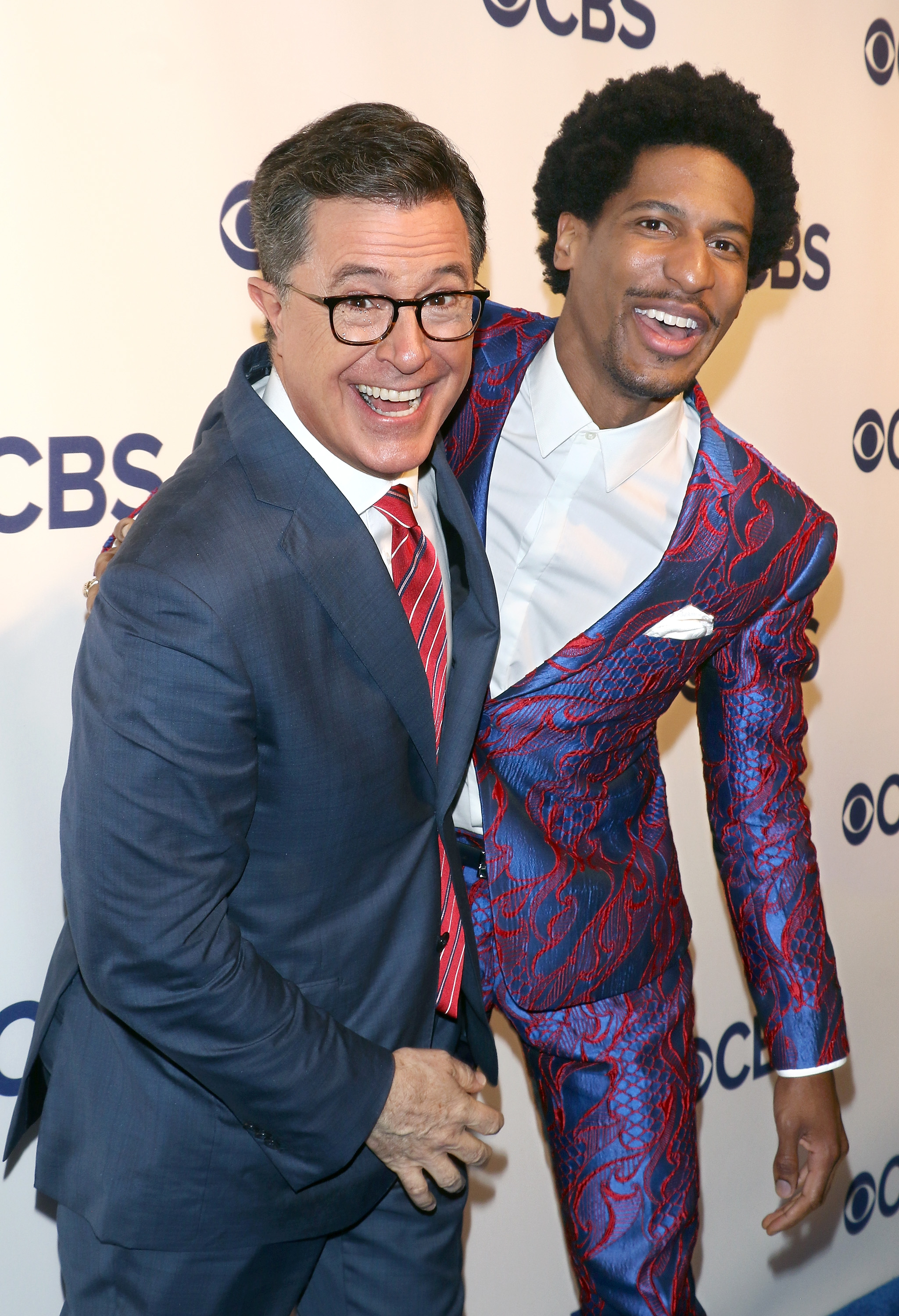 He continued: “We both talk about how to become the people we want to be within our craft. How do we be good people who represent the things that we care about? I could’ve never predicted this six years ago when we started the show, and now there are over 1000 shows under our belts, and so much growth. It’s been a beautiful evolution.”

Batiste’s personal evolution has brought him to the highest point of his career thus far, currently nominated for both Best Contemporary Instrumental Album and Best New Age Album. His work not only resonates with his own journey, but with others who’ve been touched by the depth of his artistry.

“If it means something to the people while also meaning something to me, that’s a huge win,” he told us. “Awards season is just adding acknowledgement on top of the acknowledgement of the people, which i’m so grateful for, like ‘wow, I made this thing that I value and really care about and it resonates with people, whether it be the Hollywood Foreign Press or the Grammys or everyday people.”

As for his “Soul” trophy, the jazz wonder knows exactly where he’ll place the Globe.

“I’ll keep it over the piano,” he shared. “Not my main piano, I have an old, beat up piano, the piano that I had when I first moved to New York when I was 17. I went on Craigslist and got a free piano because they were just trying to get rid of it.

“I’ll keep it over that, I like the juxtaposition of those things.”