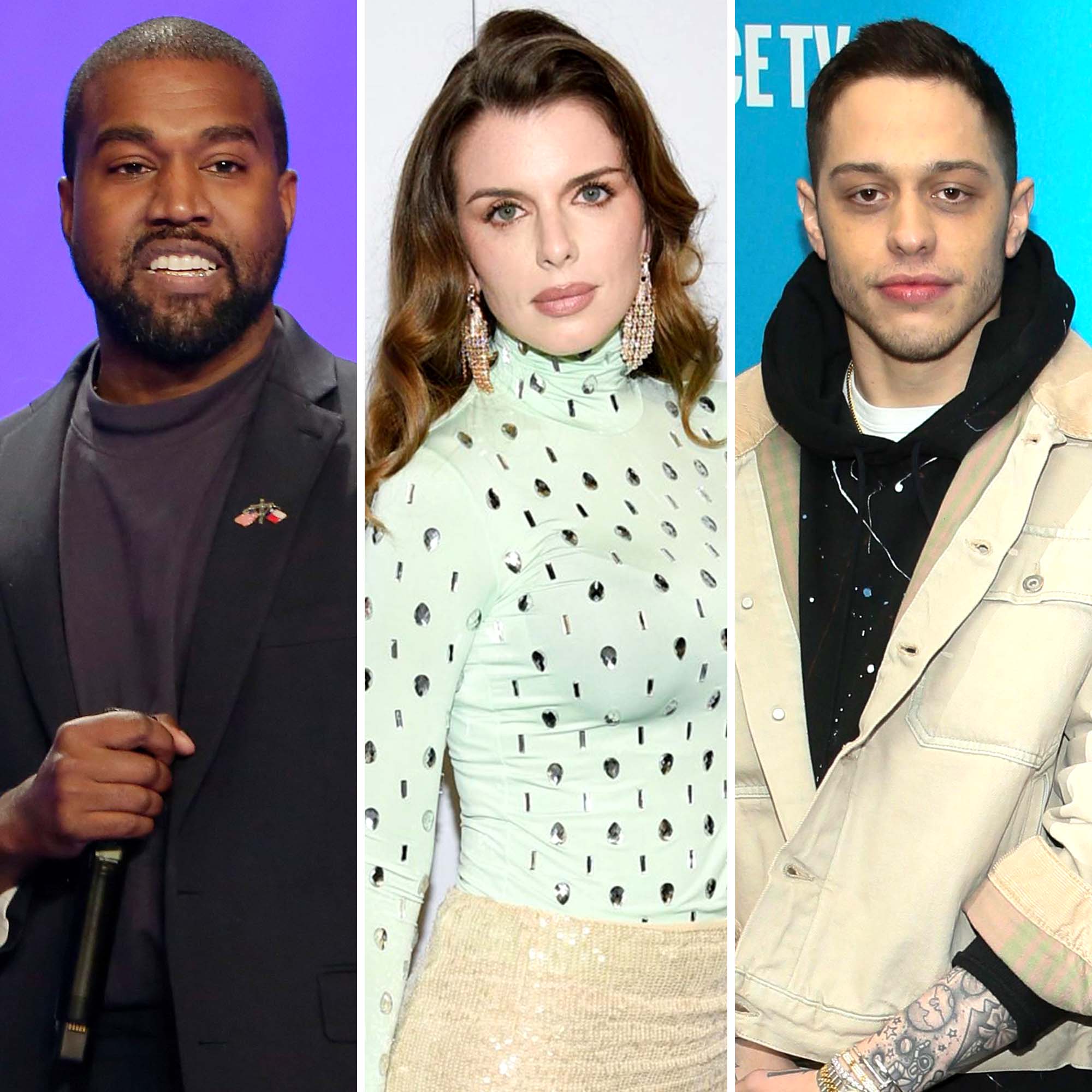 OMG! Kim Kardashian and Kanye West’s respective new romances are heating up amid their divorce. But it appears that their respective new flames, Pete Davidson and Julia Fox, are unexpectedly connected.

In fact, the 28-year-old Saturday Night Live star and the 31-year-old actress played boyfriend and girlfriend Barbie and Ken for a November 2019 Paper Magazine cover story, which was ironically entitled “Break the Internet.”

For the photo shoot, Davidson and Fox posed for a series of sexy snaps. Though there’s nothing that suggests there’s ever been a romantic connection, it’s no surprise that they are quickly making their rounds on social media.

Kim Kardashian and Pete Davidson’s Romance: Everything We Know

This news comes as both Kardashian and West are pursuing new love interests. A source told Us that the Yeezy founder’s new romance is “casual,” but that hasn’t stopped them from spending time together.

On Tuesday, January 4, the duo attended Broadway’s Slave Play and subsequently dined at Carbone in New York City, according to an eyewitness. “It looked romantic,” the insider said. “They were only close to each other coming out of Carbone and they looked like they wanted to be close to each other. It was 100 percent a date.”

Days prior, they rang in the new year together in Miami. A source exclusively told Us that the duo was “having fun” during the outing and that West “wanted to get to know her better.”

The Keeping Up With the Kardahians alum on the other hand has been making headlines with Davidson since October.

The pair seemingly confirmed their romance when they were photographed holding hands in Palm Springs in November 2021. And in December, an insider told Us that the Skims founder’s relationship with Davidson is “getting serious.”

In the King of Staten Island star’s Paper Magazine interview, he opened up about his love language: “I treat the person I’m with like a princess,” he told the outlet. “I try and go as above and beyond as possible, because that’s what you’re supposed to do? If you’re in a relationship with someone, you’re just supposed to make that person feel as special as possible.”

Kardashian and West called it quits in February 2021 after six years of marriage. They share children North, Saint, Chicago and Psalm.