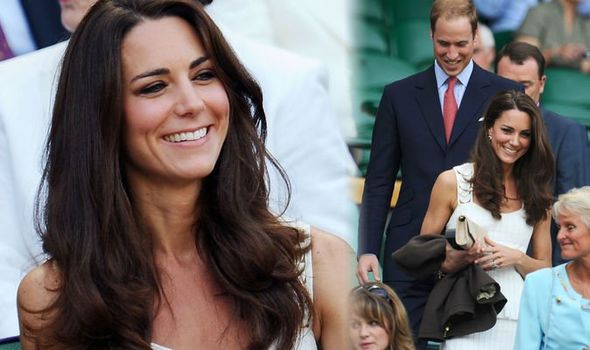 Kate Middleton, 37, is a regular fixture at Wimbledon and is often seen in the audience cheering on the world-famous tennis players.

In 2013, after years of playing tennis herself and attending matches with her family, the Duchess of Cambridge became an honorary member of the All England Lawn Tennis and Croquet Club – which stages Wimbledon – and was made a patron of the club three years later.

The tennis enthusiast took over the role from the Queen, who was the previous royal patron.

Over the years, the Duchess of Cambridge has been seen in the Royal Box at Wimbledon in an array of stylish ensembles, however, she was first photographed at the summer event in 2007, in the crowds with a friend.

Kate made her first royal appearance with Prince William, now 37, in June 2011 shortly after their Westminster wedding which took place on April 29, that year.

The couple, who are now parents to Prince George, five, Princess Charlotte, three, and Prince Louis, one, watched the fourth round match between Andy Murray of Great Britain and Richard Gasquet of France on day seven of the Wimbledon Lawn Tennis Championships.

The newlywed and newly-titled Duchess of Cambridge opted for a classic white ensemble for her day at the tennis with her new husband.

Her Royal Highness stepped out in elegant tired dress from Temperley London while the Duke of Cambridge wore a navy blue suit with a red tie.

Kate wore a pair of sapphire and diamond earrings for the occasion which perfectly matched her stunning engagement ring and complimented her simple gold wedding band.

The royal couple were all smiles at the event and were pictured laughing and joking with each other as they watched the game. 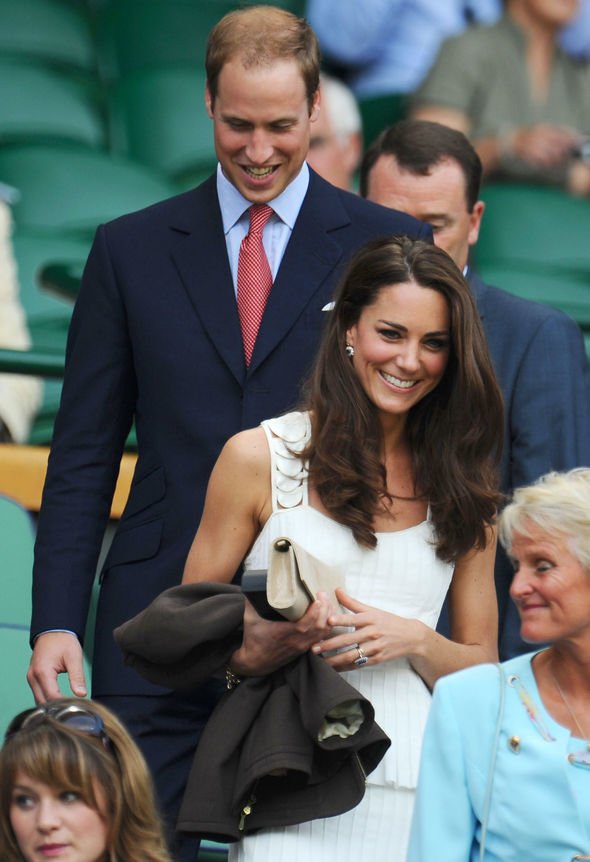 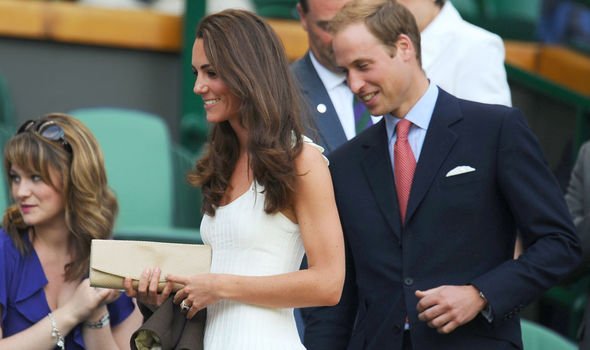 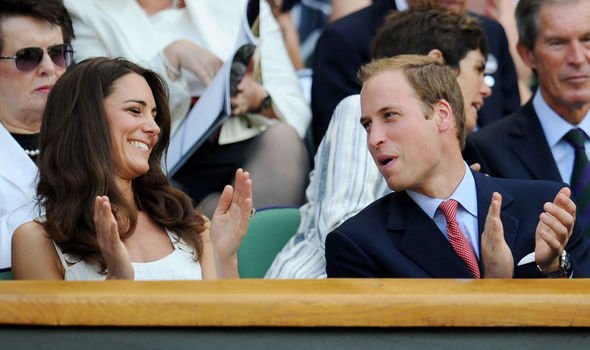 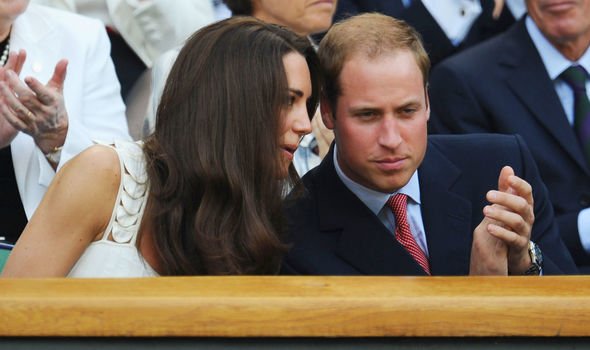 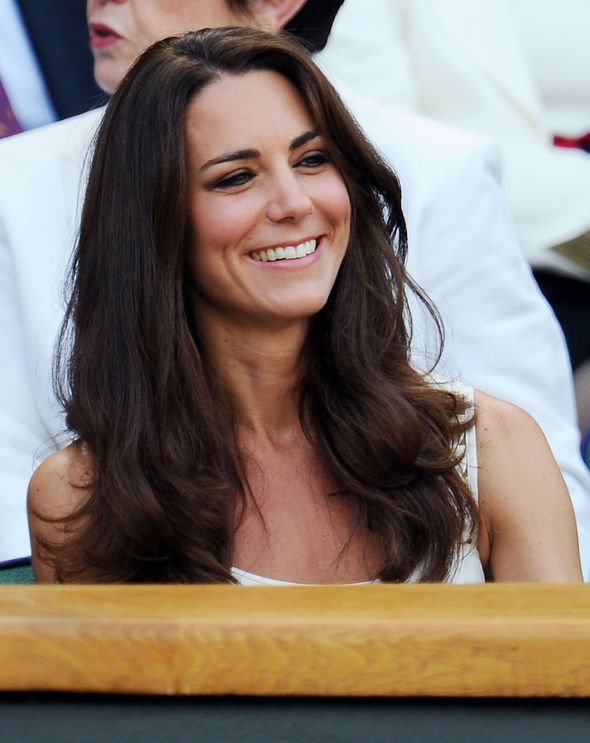 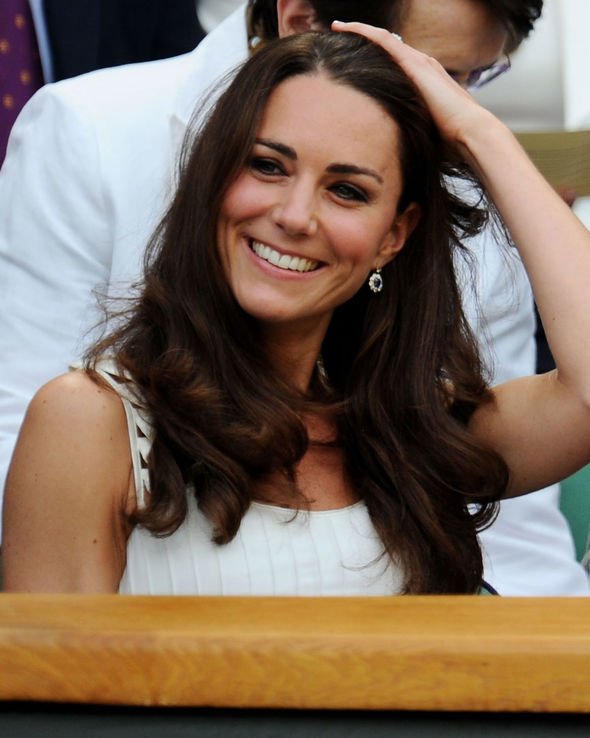 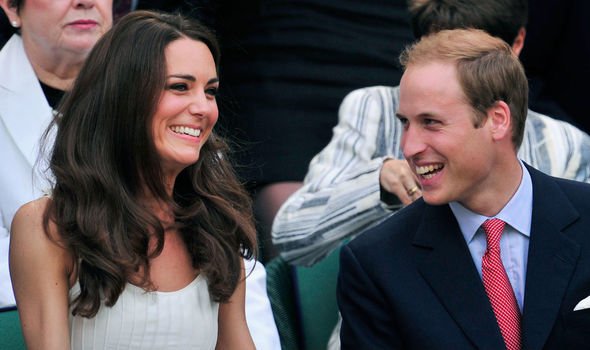 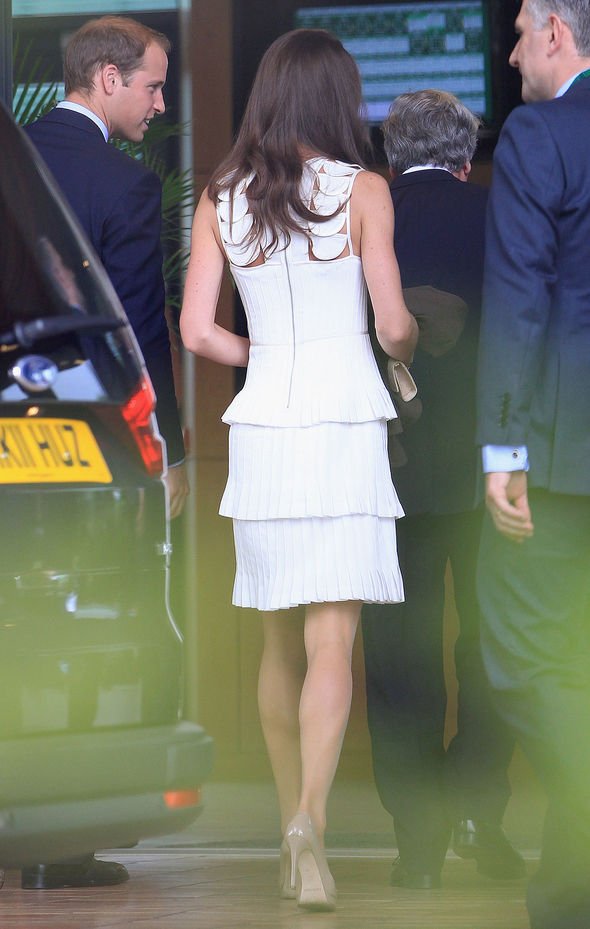