Embracing her mom bod! Katharine McPhee got real about letting go of expectations seven months after giving birth to her and husband David Foster’s first child together, son Rennie.

“Obviously in the last couple of years, it’s been pretty hard to get together with groups of people to work out, so I’ve been doing mostly outdoor sort of weight training,” the singer, 37, exclusively told Us Weekly on Thursday, October 7. “I haven’t also been trying to kill myself getting back into shape. I’ve been trying to just, like, enjoy motherhood and not worry about the size [of] jeans that I want to obsessively be in. I’ve just been kind of happy where I’m at.” 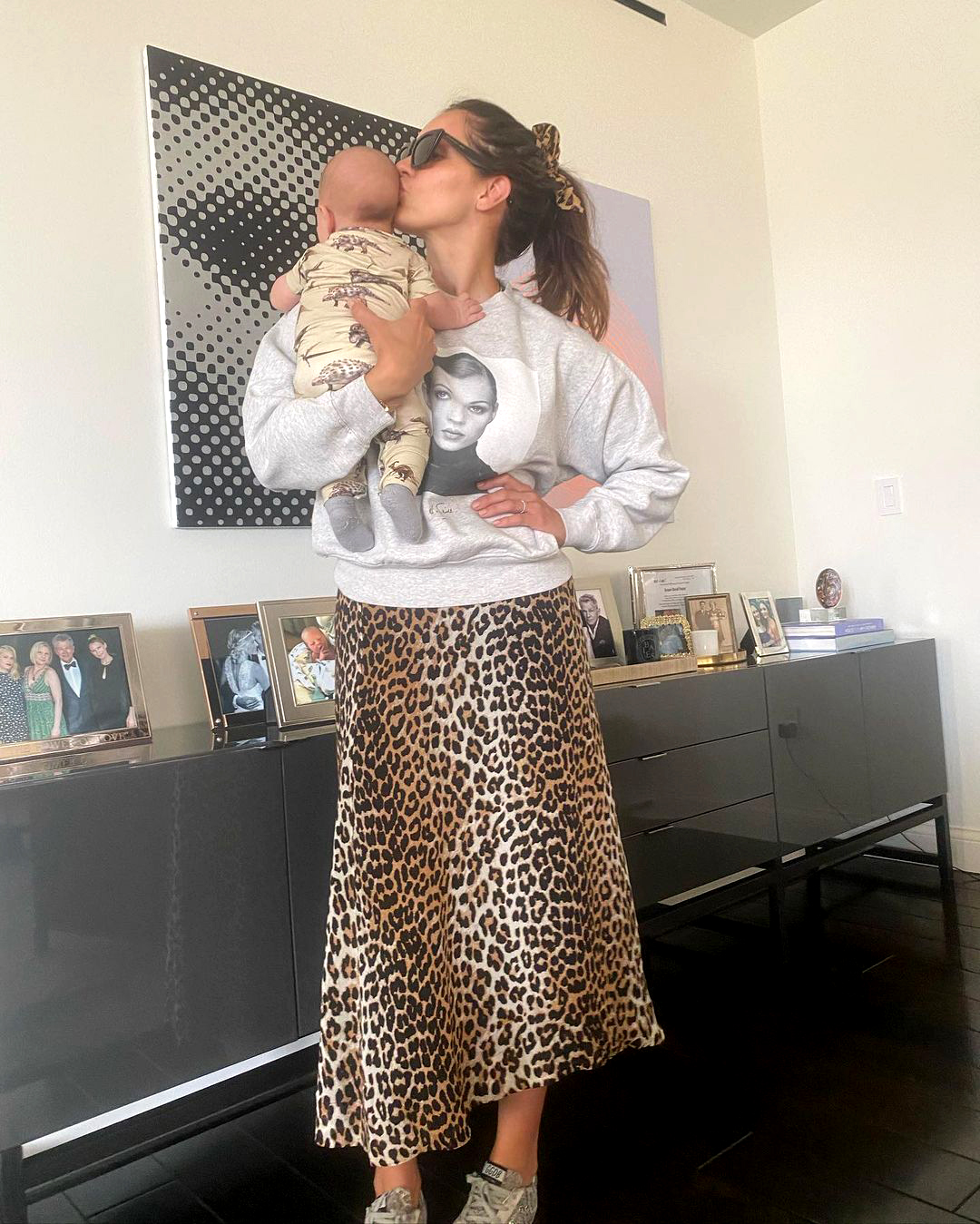 McPhee still likes to stay active, so she took a private Zumba class on Thursday led by instructor Jeimy Bueno at New World Stages in New York City in honor of World Mental Health Day, which is on Sunday, October 10. She understands the importance of “a great healthy mental state,” and exercise is just one of the ways she maintains that standard.

“I think it’s a combination of things,” the Smash alum explained. “I’m not someone who gets up in the morning [and] journals or anything like that, but I have my rituals. I have my routines. I think having a routine is really important, whether it’s going to the same coffee shop every morning. For me, it’s getting up and getting outdoors with my new baby and walking him, going to get coffee, having a routine, and then I don’t do this consistently but having a mommy-and-me group that I’ve been in since my son was born, having people you can bounce questions and problems with, and then having someone like a trusted confidant who you talk through issues with.”

McPhee enjoys mixing up her workout routine too. “I’ve worked with a couple of different trainers,” she shared. “I’ve kind of found — and this is also a mental health thing — that doing the same thing, having a routine, is really important, but doing the same thing — like, the same kind of workout every day — is a little bit monotonous for me, so I like to switch it up, whether it’d be, like, a Zumba class or then doing some weight training and then just doing some basic cardio by myself, going for walks. I like the consistency but not necessarily the repetitive same thing every day.”

The Country Comfort star noted that exercise is “really more about just moving my body” than feeling obligated. “I want to work out because I know the benefits of how it makes me feel,” she added.

McPhee and Foster, 71, tied the knot in June 2019. Us confirmed in October 2020 that she was pregnant with their first child together, and she delivered Rennie in February.