The reality star, 41, fronts the famous magazine’s 2022 issue wearing a nude bikini from her own Skims swimwear line, which she released in March.

Photographed in the Dominican Republic by Greg Swales, Kardashian also sported a series of motocross-inspired looks atop a motorcycle.

She wore a number of Skims styles — including the triangle top ($32), dipped tie bottoms ($32), bandeau top ($36) and tank bikini top ($48) — and paired her own designs with Balenciaga leather pants, Fox racing gloves, a helmet and more.

Balenciaga creative director Demna Gvasalia worked closely with the star on the shoot, which was “designed to feel futuristic to match the looks Kardashian has been wearing in real life,” according to the mag — most of which happen to be by Balenciaga.

In one image, Kardashian even rocks a cheeky T-shirt that reads, “My lawyer can beat up your lawyer” — a reference to her aspirations in law (she recently passed the “baby bar” exam in December 2021). 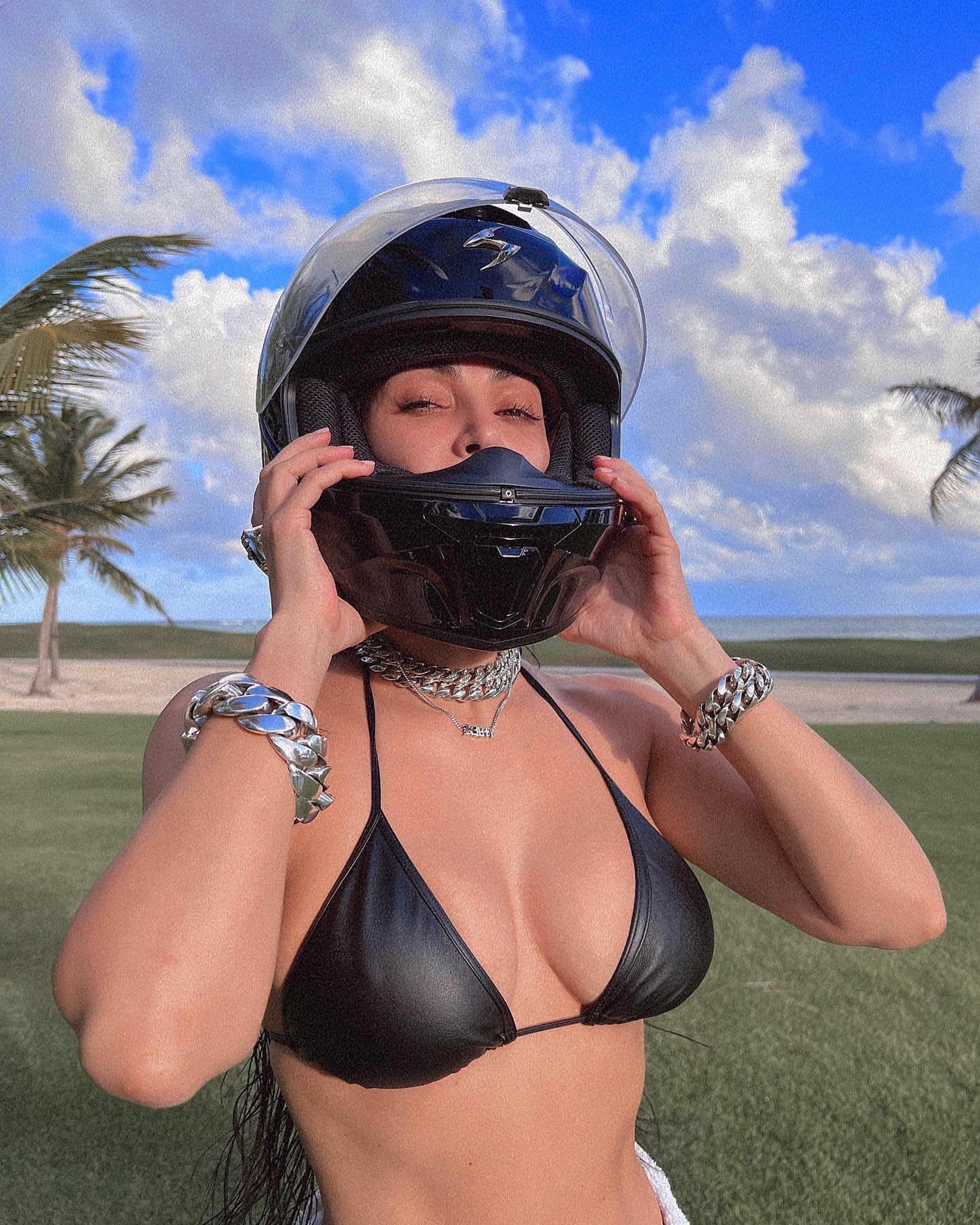 In a letter to her past self penned for the magazine, Kardashian wrote, “It’s easy to say to just ignore the criticism, but another thing you’ll learn is that at some point it will click in your head that it’s not about you anymore. It’s about family. It’s about helping other people. For years you’ll be putting yourself out there.”

Continued the star, “But you’re going to become a more private person and you’re going to come to realize that the way to get your story out there — the actual narrative, the truth — isn’t by engaging but by doing.”

Other stars that grace the pages of the 2022 SI Swim issue, which hits newsstands on May 19, include Kate Bock, Camille Kostek, Ciara, Maye Musk and Yumi Nu.