Kim Kardashian’s face-obscuring Balenciaga ensemble wasn’t the only over-the-top part of her 2021 Met Gala look, as she paired the all-black outfit with 75 inches of hair extensions.

And those floor-length locks came with an equally oversized price tag; Her go-to hairstylist Chris Appleton revealed during an “Ask Me Anything” Instagram Story that the style cost a whopping $10,000.

Kardashian is far from the only star to splurge on Rapunzel-worthy hair extensions, and the ponytail’s price is likely due to the combined cost of hair units and the lengthy installation process.

L’Oréal Paris hair pro Kellon Deryck, who works with stars like Cardi B and Missy Elliott, told Page Six Style in 2018 that stars’ super-long hair extensions could set you back about $6,000, noting that you can save by instead sporting clip-ins that are “around $600 for about 18 to 24 inches — although anything longer will cost you much more.”

While Kardashian’s expensive extensions were visible throughout the Met Gala, another likely pricey part of her glam was hidden underneath the designer face covering.

Makeup artist Mario Dedivanovic previously confirmed that Kardashian had a full face of makeup on underneath the hood, and even reposted memes including one reading, “If you’re feeling useless today remember someone had to do Kim’s makeup for the Met Gala.” 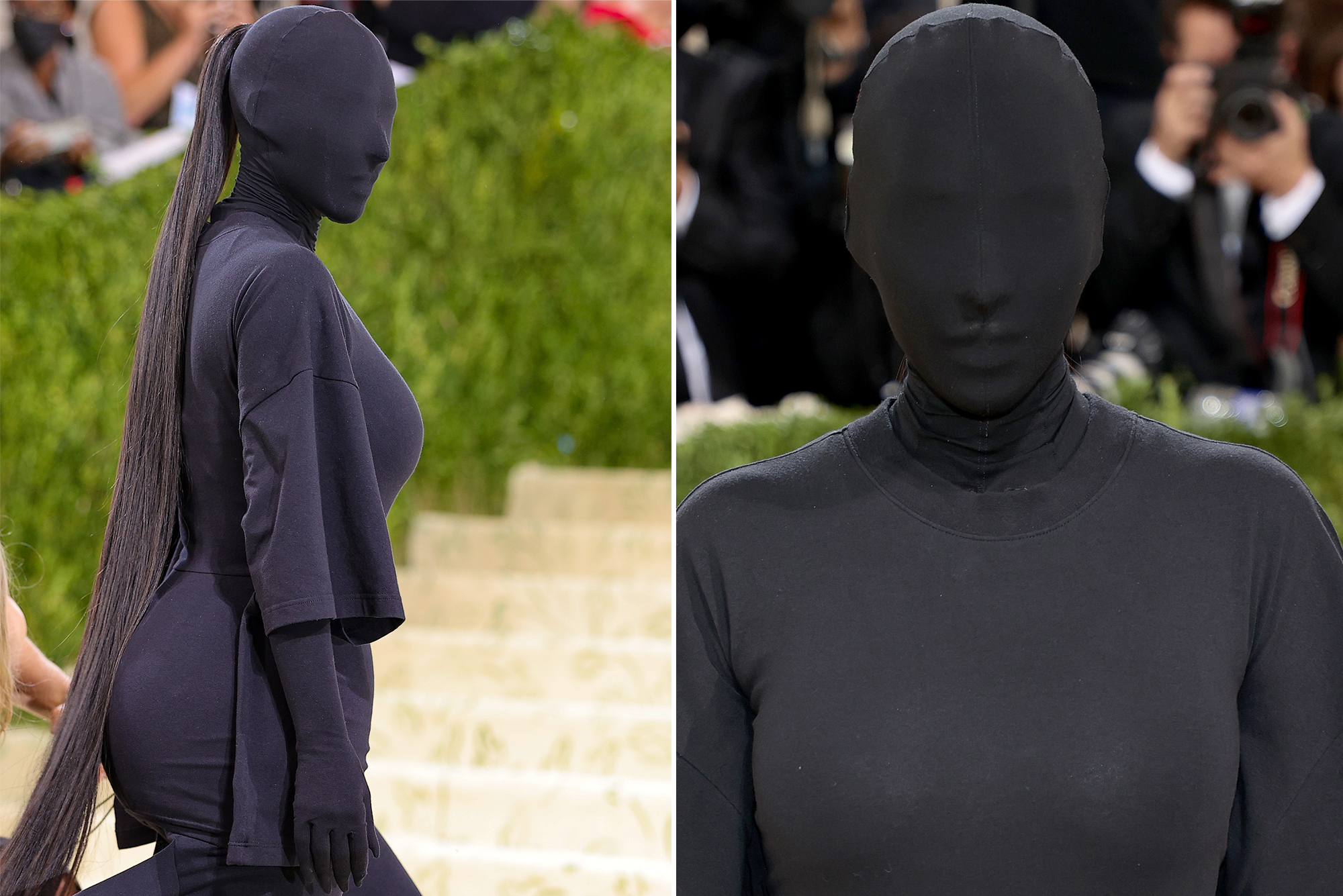 Amid an outpouring of tweets surrounding the reality star’s covered-up style, her estranged husband Kanye West – who’s no stranger to full-coverage face coverings himself – also showed support for the outfit on Instagram.

A source told Page Six that the “Hurricane” rapper inspired the Skims founder’s look, saying: “Kanye gave her the courage to push creativity and people’s imagination through art.”

Kardashian herself has even reposted memes about the style on Instagram Stories, revealing that she couldn’t see who sister Kendall Jenner was when the pair met on the Met steps.

Perhaps she approached the mixup with a “long hair, don’t care” attitude.