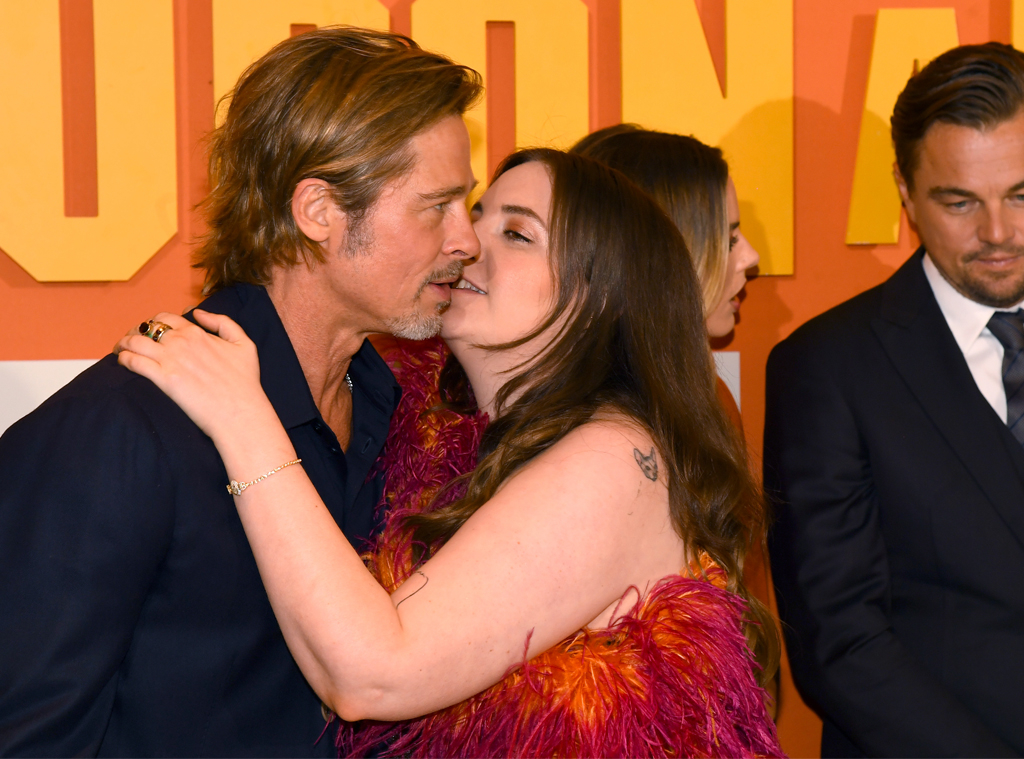 Lena Dunham is setting the record straight on that infamous Brad Pitt photo.

The Girls alum made headlines in July 2019 when she was photographed sharing an embrace with her co-star Pitt at the Once Upon a Time in Hollywood premiere in London. When the photo made its way online, it was deemed “awkward,” but Dunham is telling a different story.

While on Watch What Happens Live on Monday night, Dunham cleared up speculation about the photo and her friendship with the actor during a game of “Spit on Pitt.”

When talking about working with Pitt on Once Upon a Time, Dunham told host Andy Cohen, “Well, I actually had the pleasure of knowing him a little bit previously, so I wasn’t going in totally blind. But when I showed up to set, I didn’t have some major megastar part, I was in a really great ensemble of girls so, I didn’t expect…I expected, you know, a friendly hello from Brad. And I think what happened was the best thing that’s maybe ever happened to me.”

“He was doing a scene where he was parking a car and he’s supposed to get out and look around and he looked around and saw me at the edge of frame and came over and picked me up and spun me around,” Dunham recalled. “And it was like…it was like in one of those movies where the nerd shows up at the prom and the hottest guy at school is like, ‘Would you care to dance?'”

“He’s a truly kind person who can read the room,” Dunham shared. “And I was super nervous because I was around so many idols of mine and he made me feel pretty cool.”

Dunham went on to tell Cohen that she wanted to clear up something involving Pitt…that red carpet photo.

“I don’t know if you remember there was a sort of awkward photo taken of the two of us,” the actress noted. “Well, the way the internet read it was I had somehow physically accosted him causing him a great deal of stress…I would never force a kiss on Brad Pitt. I respect him far too much as an artist and a friend. Later that night because he knew I felt nervous, he took me into a room and we secretly ate pizza and I told him I like his ring and he gave it to me.”

Dunham added, “And I wear it and every time I wear it, something amazing happens.” 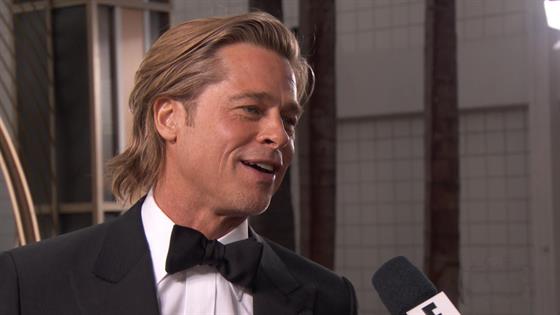 During her virtual WWHL appearance, alongside singer Dua Lipa, Dunham also spoke out about her recent Cosmopolitan UK interview, in which she revealed she was briefly engaged. When asked if she kept the engagement ring, Dunham said it was “made of rope” so it “disintegrated.”