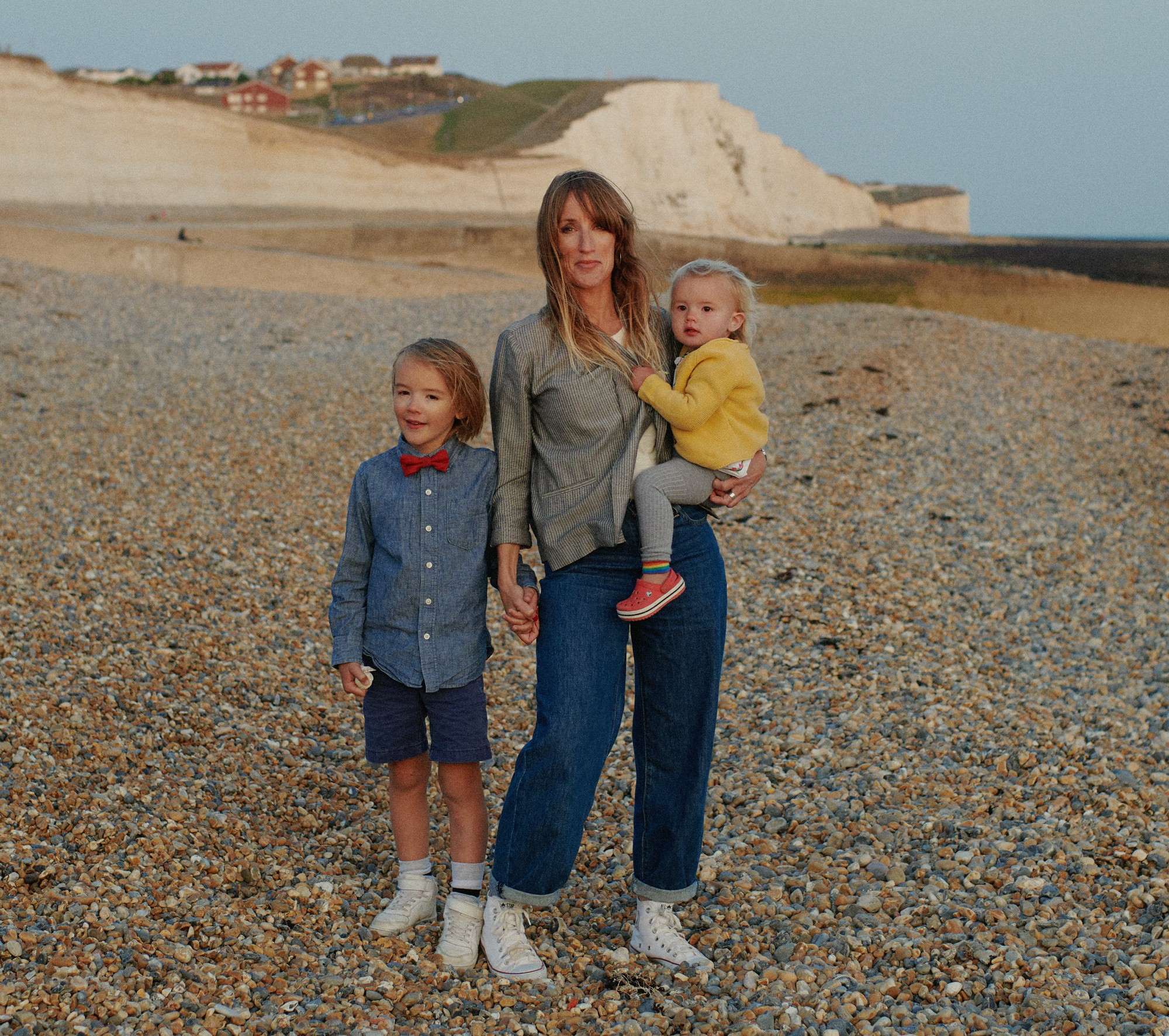 I have always believed that there is nothing more lonely than being with the wrong person.

Despite my romantic efforts to find a co-pilot and second set of nail-painted hands to start a child-rearing home with, my desire to start a family became a deafening obsession and I inherited a confidence and eerie calm that I could totally do this solo.

The first hurdle I needed to tackle was me.

Getting out of your own way is unfortunately not something that lands purring in your lap as you get older and it was vitally important I believed my own hype before tackling the gargantuan task of parenthood under a watchful gaze of other humans – especially those who cook an opinion at speed about what a single lesbian mum can bring to their offspring.

Even in the pulsating depths of my hedonistic 20s, in which I lived la vida loca in various nightclubs and hosted elaborate parties, I knew deep in my queer bones that the chapter of motherhood was a book I was prepared to queue round the block for.

After losing both my parents to cancer in close succession by the time I was 32, it stamped into me the urgency of time and how rudely limiting it can be, so I began strategising how to shape the constellation of my family.

Initially I struggled with the notion of my child not having a present dad in our framed picture and approached male friends. But when that path proved clunky – they couldn’t fully wrap their heads around the enormity of it or didn’t seem to be as invested – I reminded myself that I grew up largely without a mum (she left home when I was four), and I decided to strut forward with using an open donor.

It made absolute sense for me to utilise a fertility clinic in Copenhagen despite residing in London at the time as a) I had nourished a deep love of Denmark since my late teens and b) Stork Klinik was significantly cheaper and lightyears ahead of every other outfit I explored and approached.

The space itself is incredibly beautiful, relaxing, inviting and nothing felt remotely clinical or cold. The staff were understandably thorough in their questioning and assessment, non-judgemental about my set up and incredibly championing throughout.

I was no stranger to the universe not spinning in the right direction for me before fertility treatment but it surprised me just how hard I had to dig emotionally in order to scoop myself up after each negative test result stick stared nonchalantly back at me.

The fizz of excitement before you test can very quickly become a thud, leaving you empty of all air and positivity.

Often I required the strength of both David and Goliath because having to cheerlead yourself solo to any finish line is always challenging, and there only seemed to be time for a brief refreshment break before my next attempt.

For me, the desire to have a child was an obsessive, expensive, relentless and turbulent journey with a wonderful heatwave at the other end.

My son, Johan, (now six) made me wait for a year and half to meet him – it was the sixth intrauterine insemination (IUI) attempt that won me his deep devoted eyes, unwavering determination and muddy football boots.

My two-year-old daughter Silke also didn’t turn up to the party until the sixth attempt at the clinic. The idea of her not being nuzzled into our family, dancing like a drunk uncle and putting objects I need into our kitchen bin is unfathomable.

Nearly all of my LGBTQIA+ friends are parents. I find that pretty remarkable as I don’t think we dared to dream this would be our reality when we were carefree, waving rainbow flags and covered in glitter 20 years ago.

When my dad was diagnosed with terminal lung cancer (I was 31 and he had only recovered from having a tumour removed and successful chemotherapy two years previous, the same year I lost my mum to the same cancer), I asked what his wishes for my years ahead would be.

His most pronounced desire was that I would experience the joy of parenthood. However, knowing I was gay – I came out with vigour at 20 – there was a subtle whisper in his written words that he didn’t see how I could become a mum.

Despite being the only girl in my school who was being brought up by a single dad – which even now is pretty damn rare – my dad’s largest fear of my sexuality was how society would look me up and down, and how he was going to protect me from any unwelcomed mental and physical ribbing.

Thanks to his electric advice, I’ve never had reason or want to look for too long over my shoulder with fear or regret, and I’ve always found it baffling and surreal why any human could have a problem with other humans loving one another, or simply being themselves.

Surely they have better things to do with their precious time on this planet? Personally, my focus is on bringing up my glorious children and ensuring they are kitted with the ammunition needed to stride forward and live life without limits.

I’m writing this on Lesbian Visibility Week, a week to celebrate and champion our community.

As part of the week, new research from Stonewall has worryingly found that 36% of lesbian, gay, bi, asexual, trans and non-binary respondents with children experienced barriers or challenges whilst trying to start or grow their families.

This is compounded by the fact that barely more than half of lesbians (55%) are open with friends and family about their sexuality. In 2021, this shouldn’t be the case – everyone should be able to form a family and be a parent, whether that’s a lesbian couple or a single LGBTQIA+ person like me.

My wish is that every parent knows that LGBTQIA+ parents are really no different to our straight counterparts – we own the same imposter syndromes, the same fears, the same self-loathing from either working too hard or not enough, and the same wrestling matches with laundry.

In my mind, it’s our diversity and thirst to keep listening to one another that is truly one of the greatest strengths of a society.

The perfect parent doesn’t exist, but we should all be allowed to try.