She doesn’t need to justify his love.

Madonna continued her birthday week in Italy by taking in the southern city of Lecce with her boyfriend, Ahlamalik Williams, and her family Tuesday. 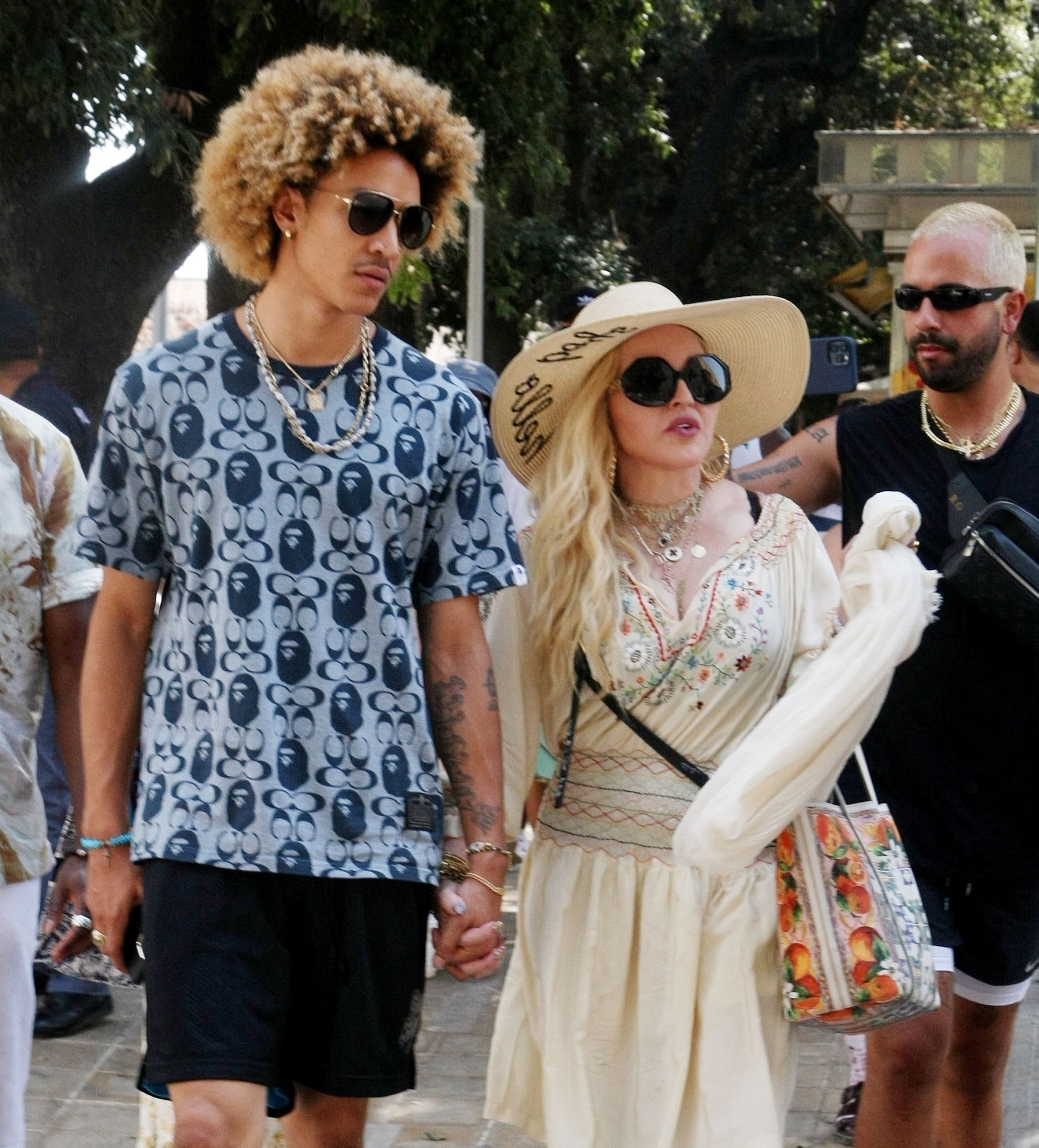 The Material Girl and her entourage arrived in Italy earlier in the week to celebrate her 63rd birthday. 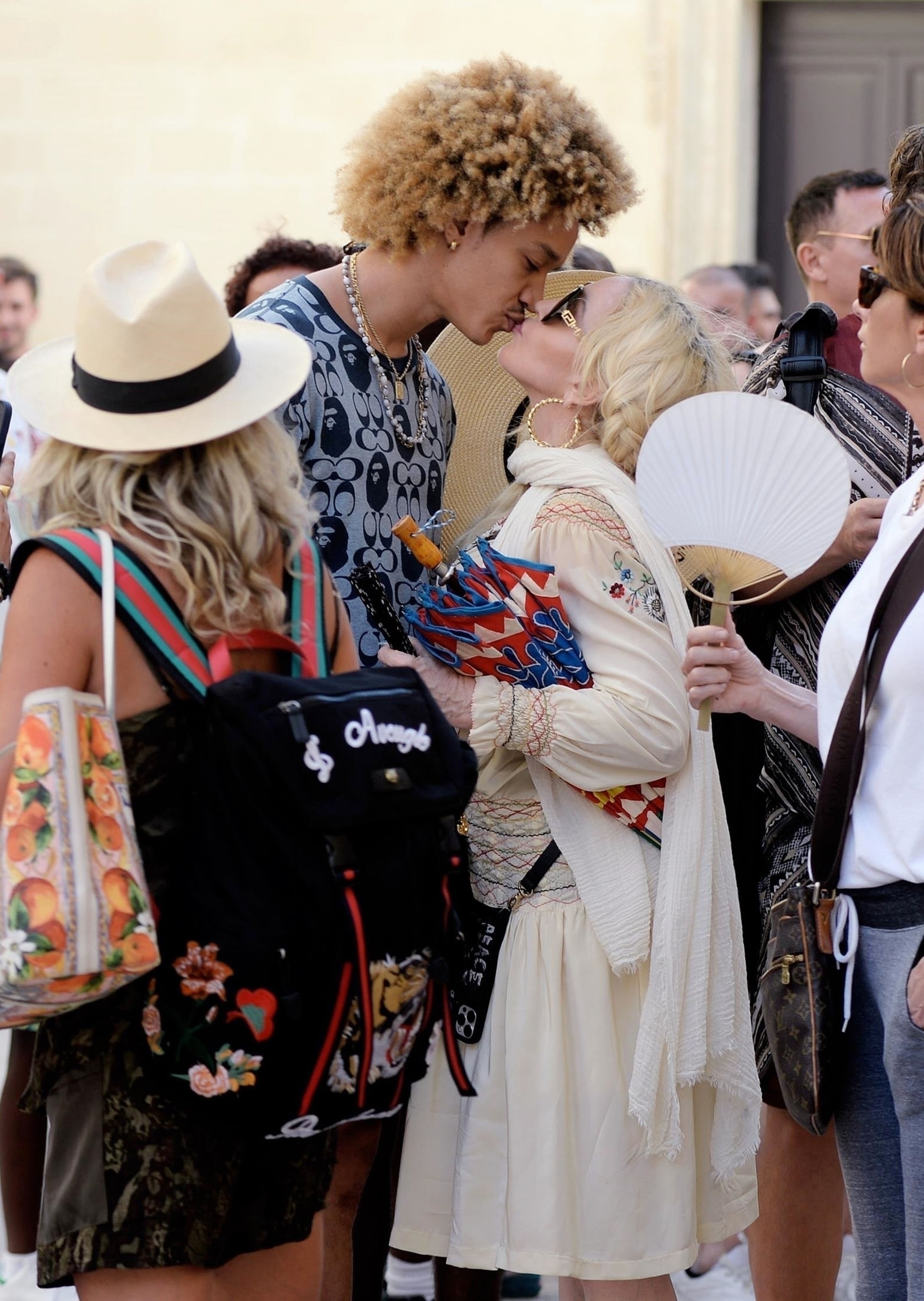 Madonna and Williams, 27, strolled around Lecce, nicknamed “The Florence of the South” for its architecture, occasionally pausing for a kiss or two.

The couple have been dating since late 2019. 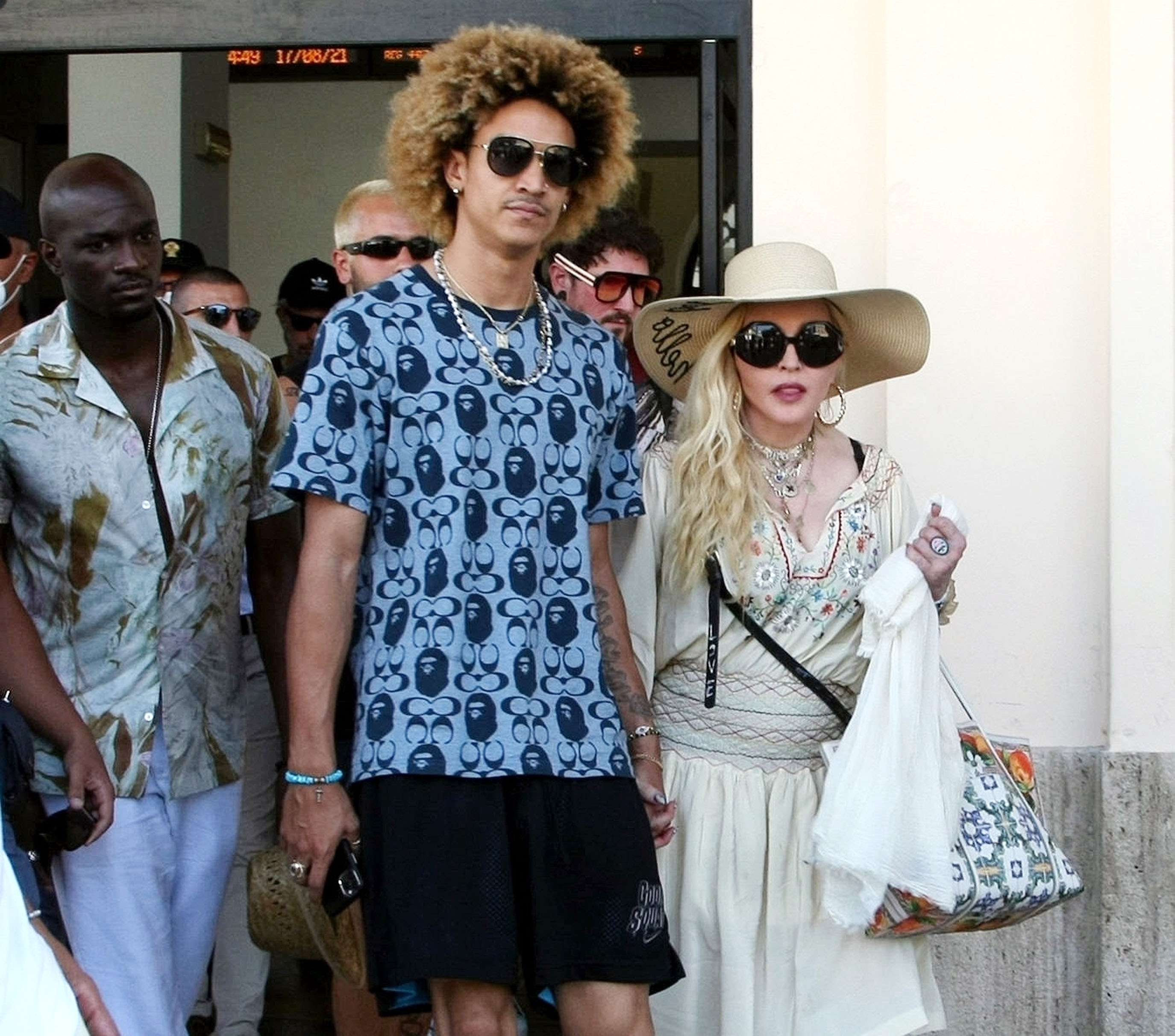 The “I Don’t Search I Find” songstress was also seen sitting down to have lunch with her children, including daughter Lourdes Leon, 24, son Rocco Ritchie, 21, and her twins, Estere and Mercy, 8.

She is also mom to son David and daughter Mercy, both 15. 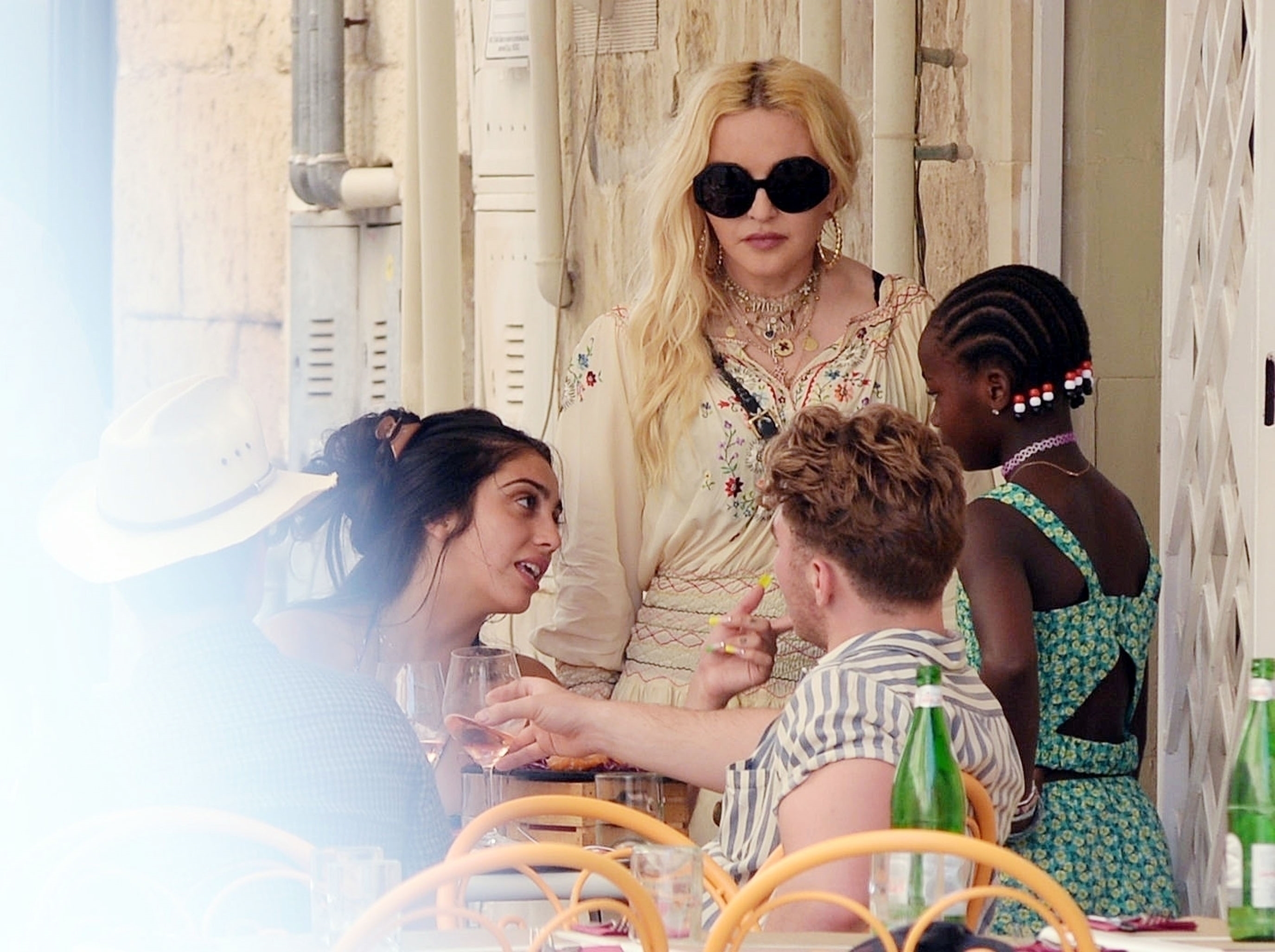 At one point, Madonna shielded herself from the sun with oversized sunglasses and a wide-brimmed hat, also carrying a brightly-colored umbrella with her as she and her group strolled Lecce, taking in the sights. 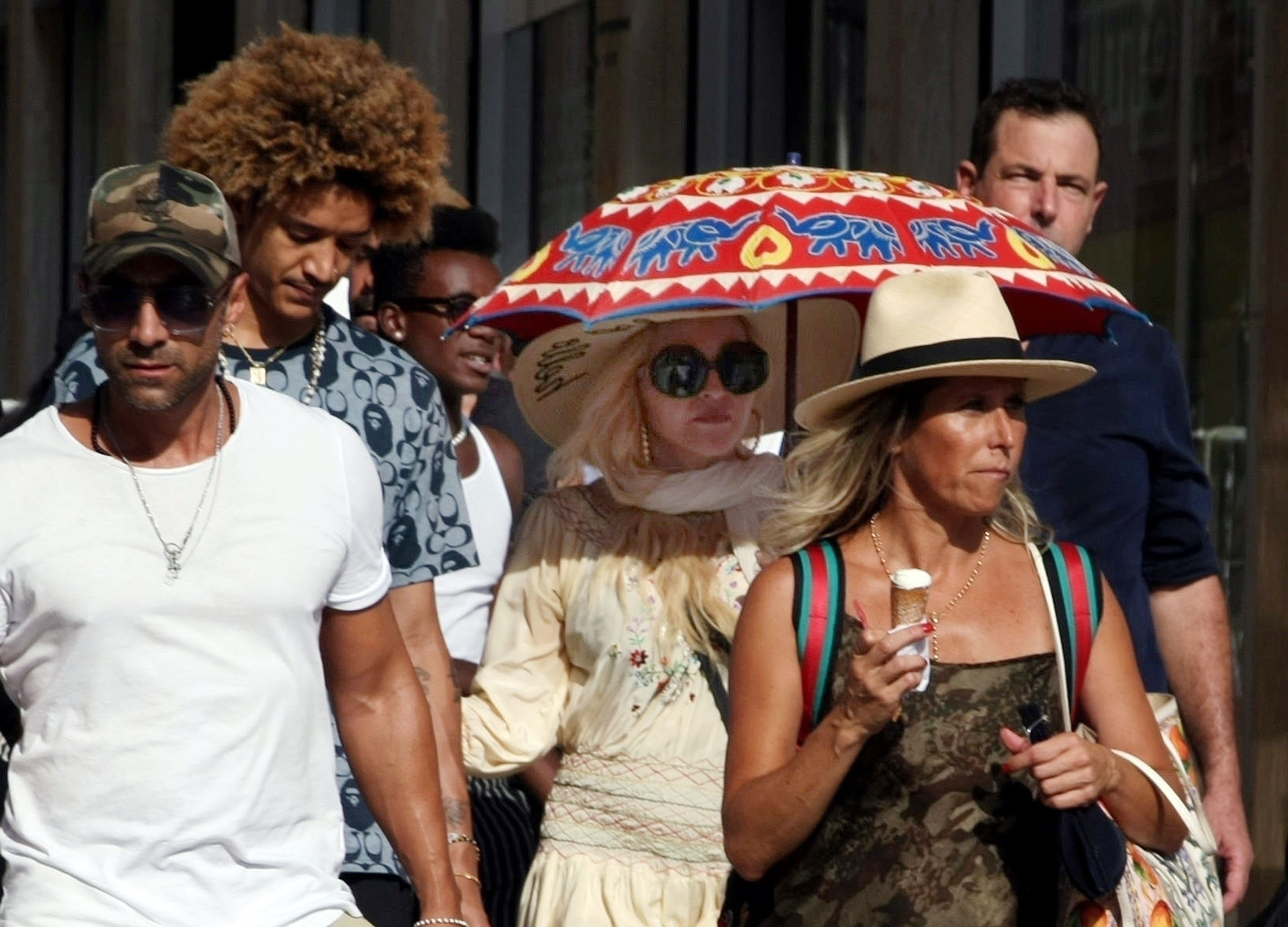 Absent from her day-out outfit was the elaborate custom headpiece by Rinaldy Yunardi she posed in on Instagram Tuesday, though she compensated with a set of grills on her front teeth. 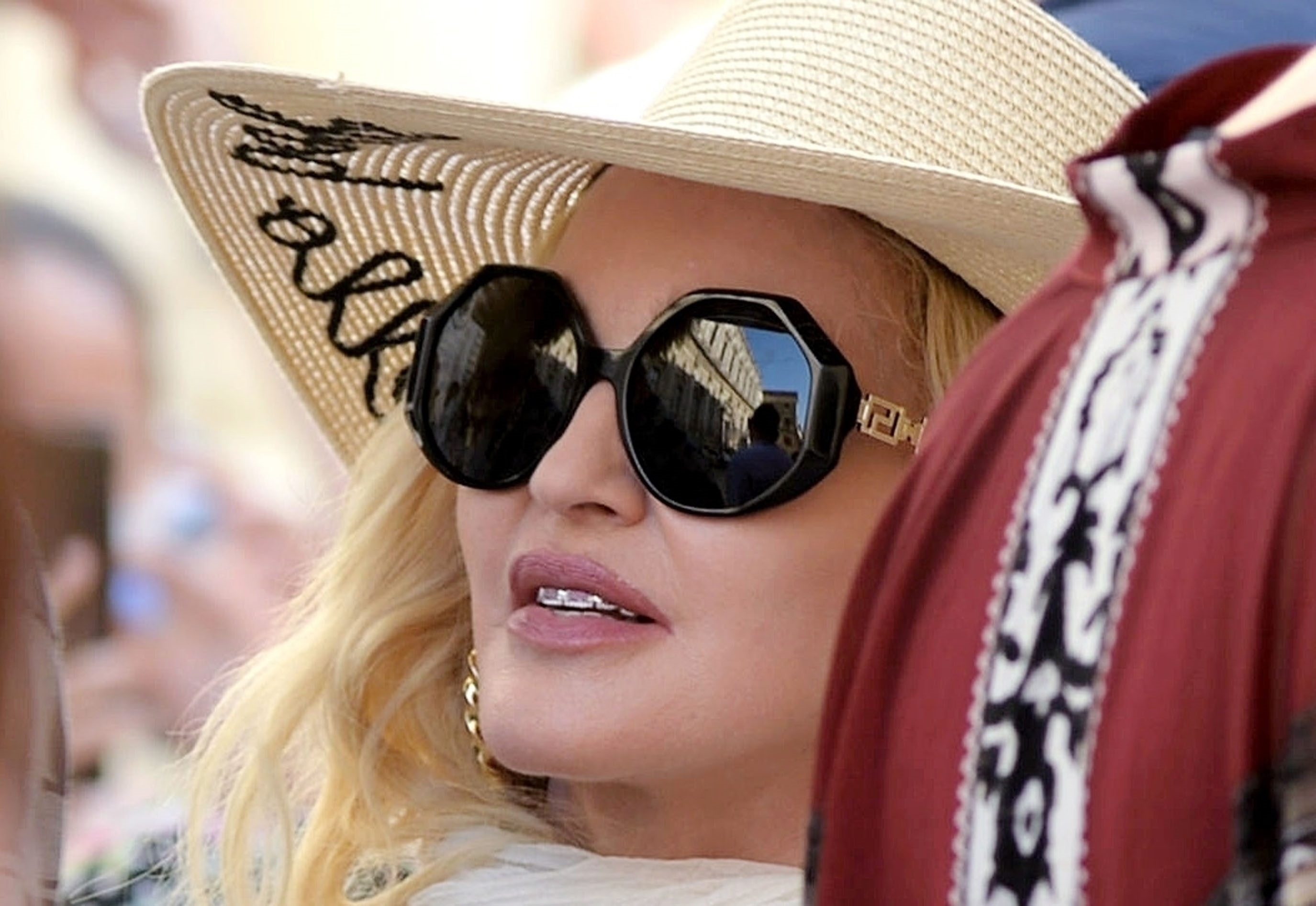 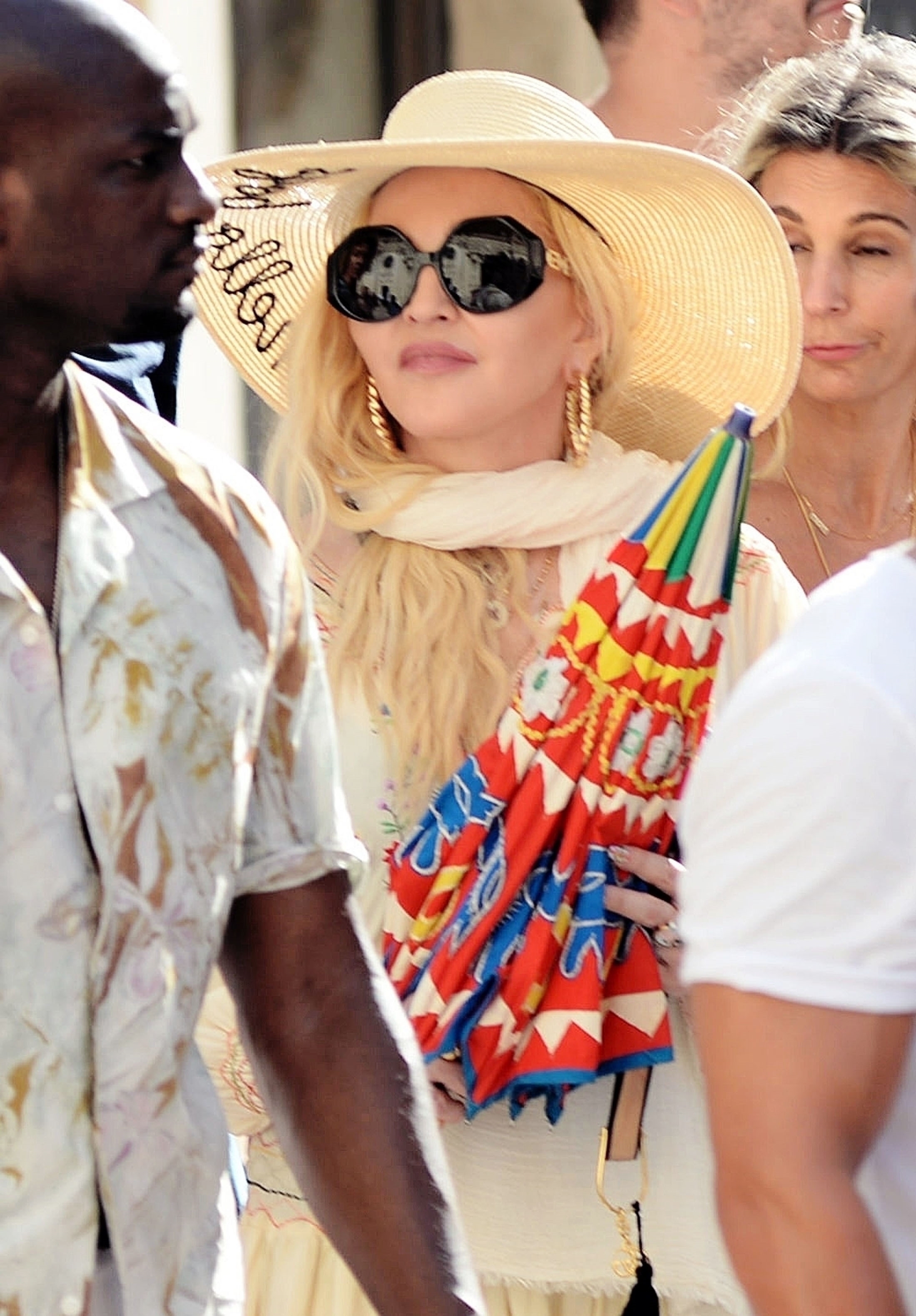 Her outfit for the Lecce outing also included a shout-out to her fellow pop star Lizzo in the form of the socks Madonna picked for the outing, which read “100% that bitch,” referencing the now-iconic line in Lizzo’s “Truth Hurts.” 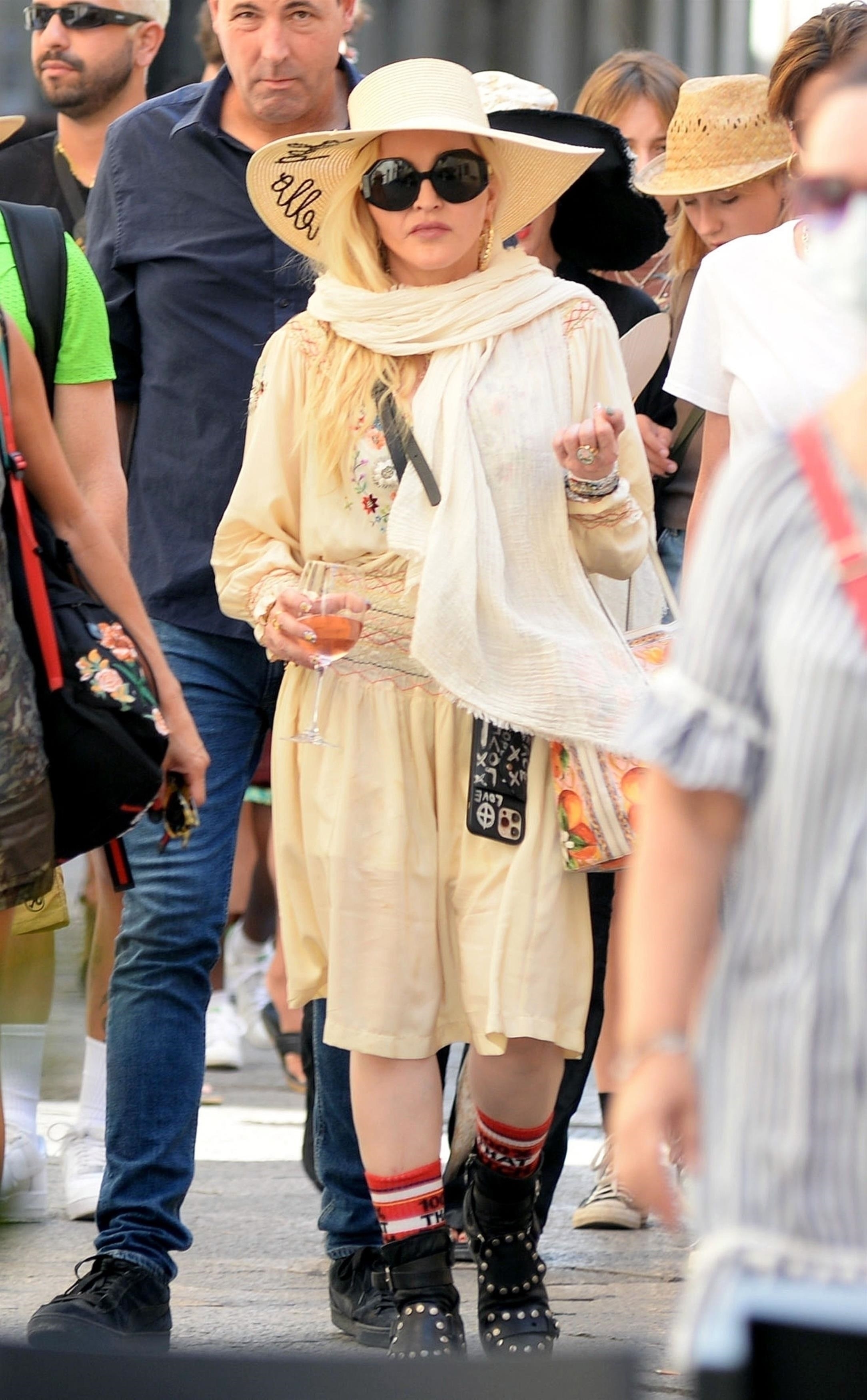 In one shot, Madonna appeared to have taken a page from Rihanna’s playbook by strolling the streets with a glass of rosé in hand. 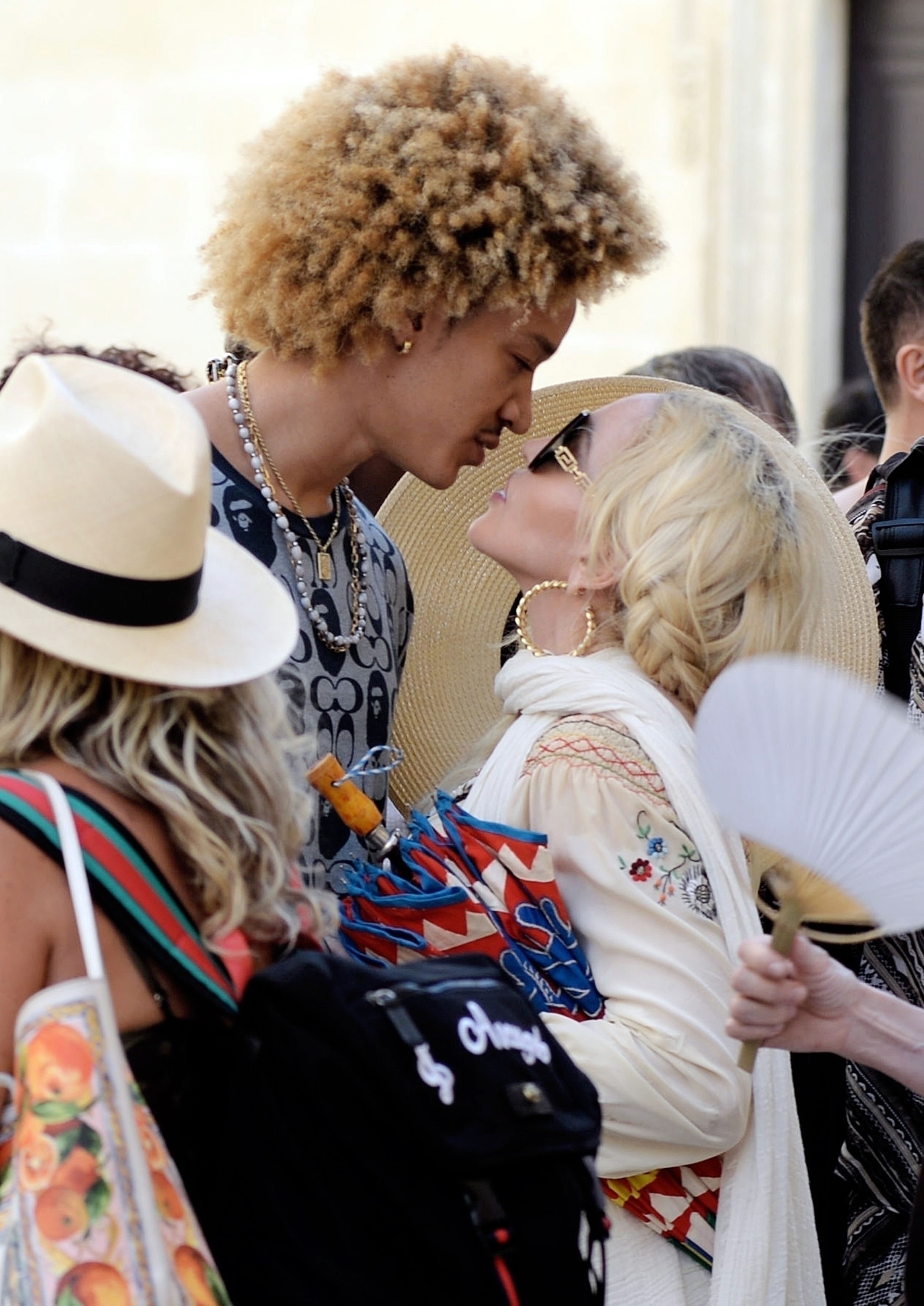 Madonna’s group appeared to be on a sightseeing tour at points, glancing upward at the city’s architecture, which is famous for its elaborately carved facades and religious figures. 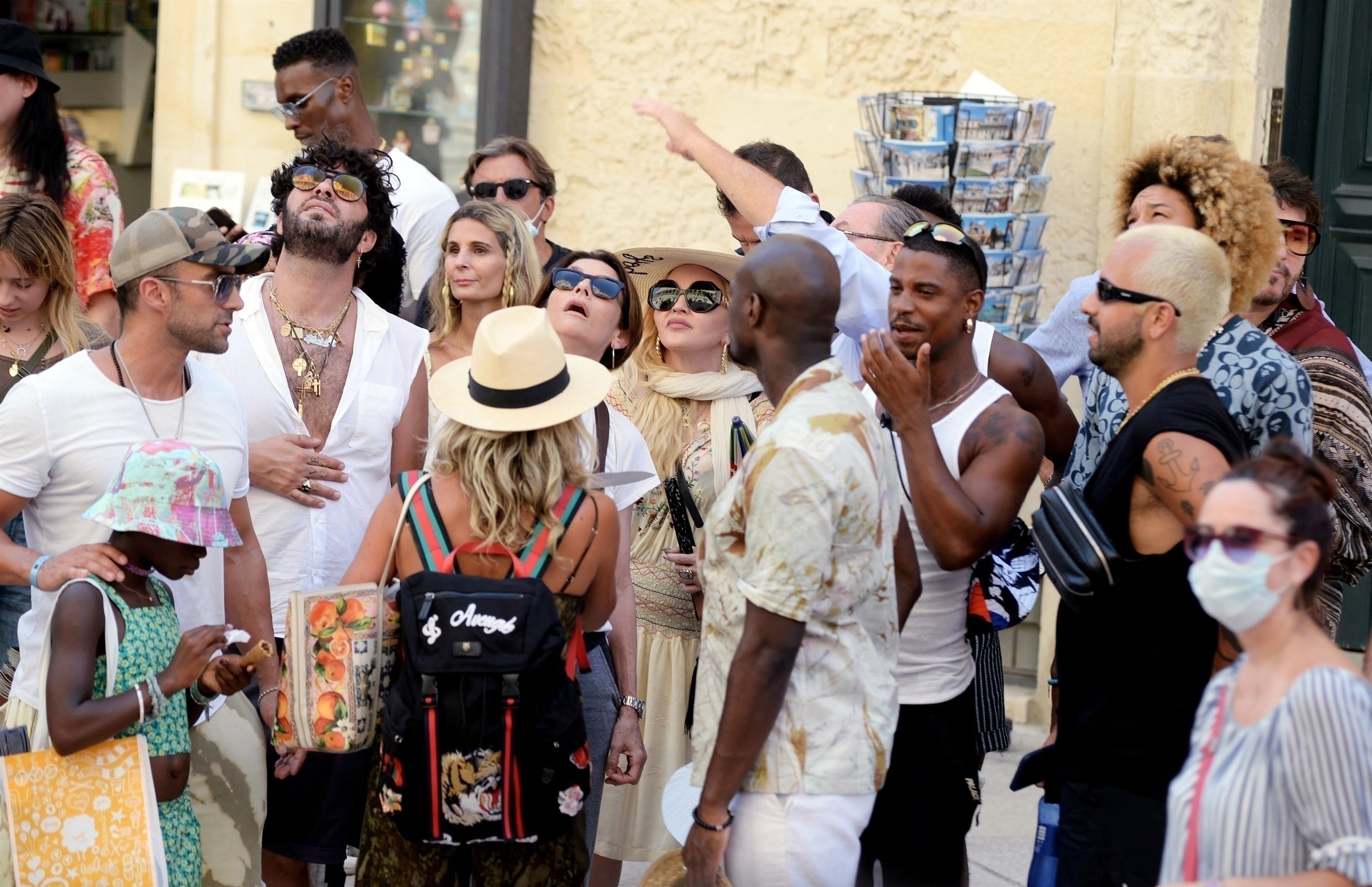 Madonna is keeping busy this summer. She hit NYC for her always wild Pride performance, and Page Six exclusively reported in June that she was building a studio on her Bridgehampton property with designer and builder Jeffrey Collé. 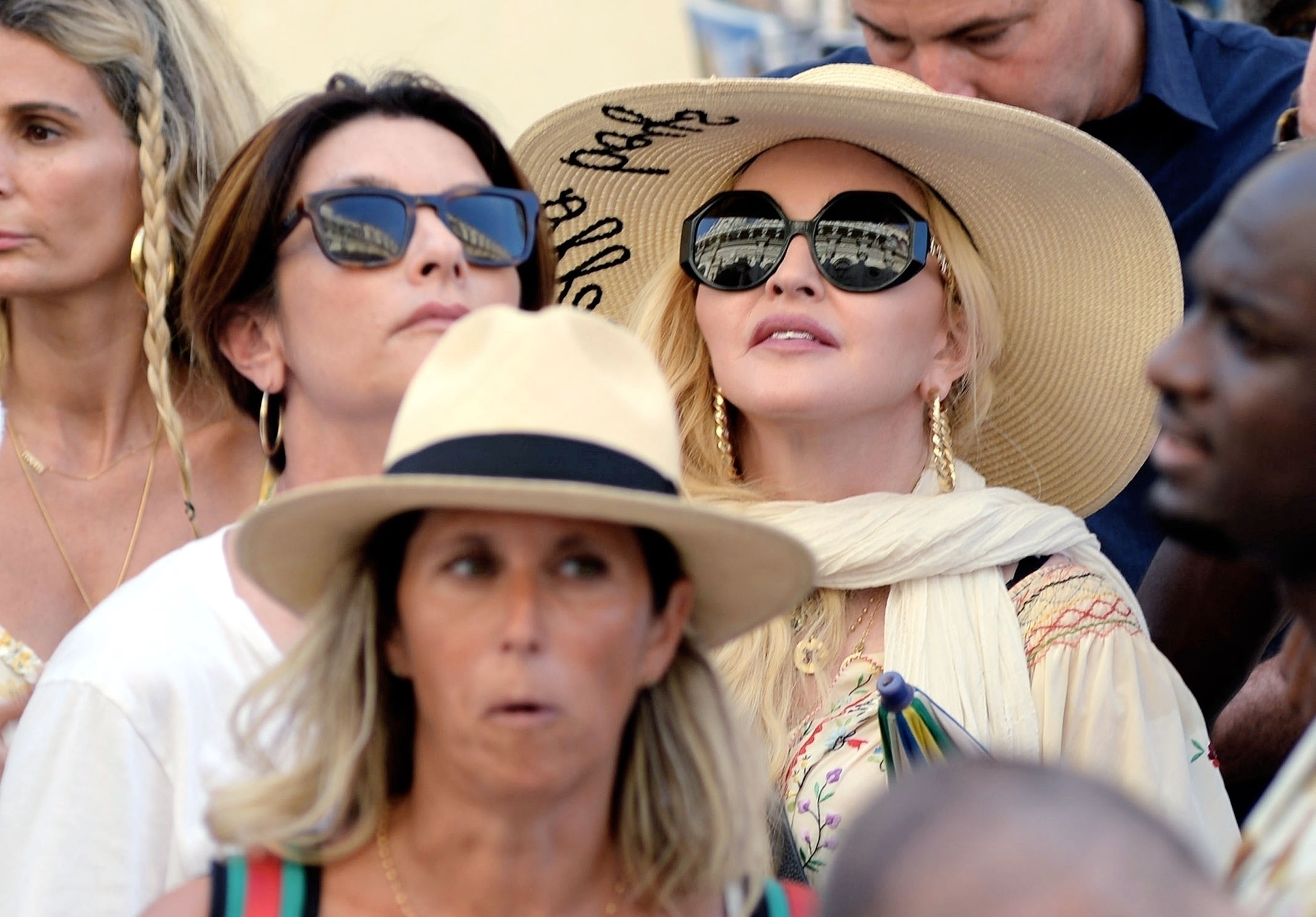 She is also set to reissue her music catalog as part of a new publishing deal with Warner Music Group.