As Bachelor Nation waited for Clare Crawley’s season of The Bachelorette to start filming amid the coronavirus lockdown, there was far from a lack of drama leading up to production — including the season 16 star throwing shade at Matt James.

“If you are doing interviews and creating Cameo accounts before you are even on my season… you are in it for the wrong reasons… #dontwasteyourtime,” Crawley, now 41, tweeted in April 2020, without naming James, who was set to appear on her season.

The 30-year-old former Wake Forest football player, who ended up being named the season 25 Bachelor instead of competing for the hairstylist’s affections, addressed the scandal for the first time in his new book, First Impressions.

“The sentiment backfired. On Twitter, Bachelor Nation quickly pounced, rushing to point out the worthy cause our work benefitted,” James, who was on Cameo at the time to make videos for charity with New York Giants’ wide receiver Alex Bachman, wrote in the May 3 release. “I appreciated their support, but it was hard to take any positives away from the tiff. I hadn’t met Clare, yet I still held out hope that, once the world was back up and running, there might be chemistry for us to discover.” 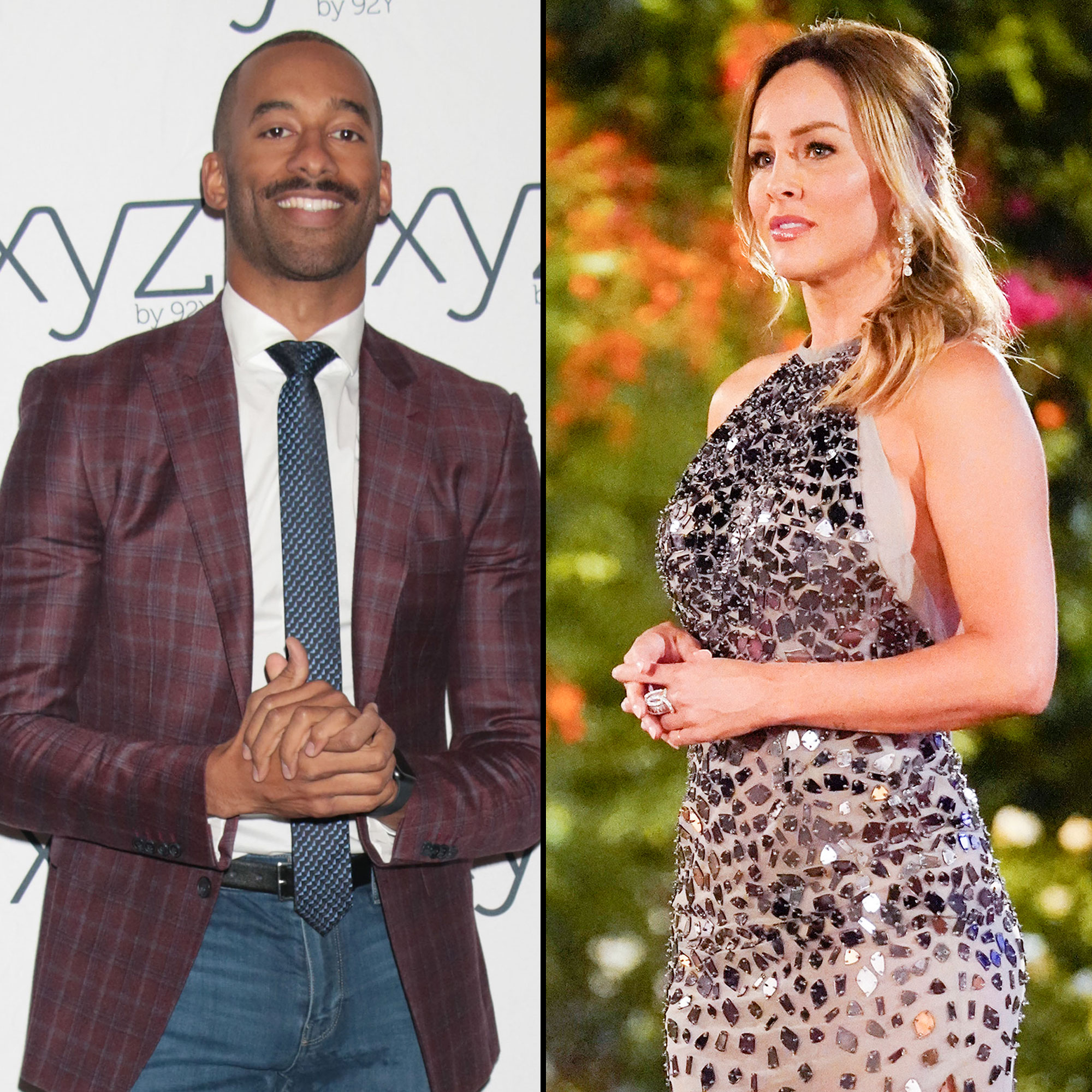 Due to the fact that ABC opted to make James the first Black Bachelor — announcing his casting in June 2020 — he never crossed paths with Crawley, whose season filmed that summer in Palm Springs, California.

“I’ve never spoken to her in my entire life,” James told said on Us Weekly’s “Here for the Right Reasons” podcast about his current status with Crawley. “I had nothing to say [when I first saw her tweet]. I was just like, ‘Dang, that’s crazy!’ I was in shock. I was at a loss for words when I saw that.”

James told Us that he included the story in his memoir, in part, because it teaches a lesson about giving people the benefit of the doubt.

“I just think it would be unfair, especially for someone in her situation with her track record on the show, for me to come in with a preconceived notion of everything,” he said about keeping an open mind about Crawley at the time. “So I didn’t look into any of it. I knew she had gone on other [seasons of the shows], but, like, I didn’t do any research into it because it didn’t matter — who she was in this moment wasn’t who she was back then and I didn’t, frankly, care because we’re here in this moment. So to be judged by her or anybody to judge somebody on what they think about someone without meeting them, I don’t think is the right way to go about getting to know somebody.”

He added that he wasn’t intending to throw “shade” at Crawley.

“I couldn’t tell my story without including that because it was very pivotal in my journey. If that wouldn’t have happened, then who knows if I would have become the Bachelor,” he admitted. “It was just giving the full context of how I ended up where I did.”