MCDONALD’S has delighted fast food fans by bringing back the McRib – but only for a limited time.

The famous pork sandwich is back in 10,000 restaurants across the US starting from today. 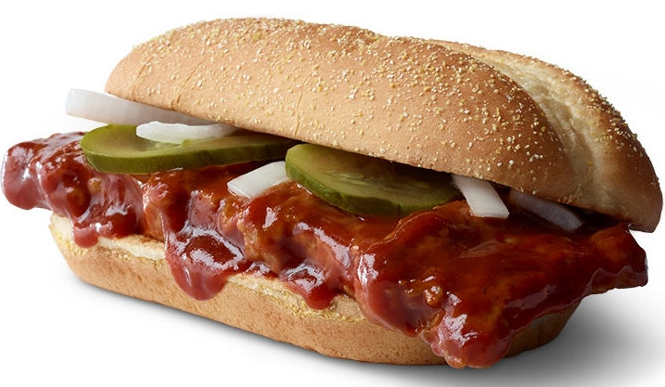 The McRib is a boneless pork patty covered in barbecue sauce, topped with onions and pickles.

It was first added to the main McDonald’s menu back in 1981 but was taken off four years later.

Since then, it’s made frequent reappearances for a short time and is only available all-year round in Germany and Luxembourg.

McDonald’s has even launched a new McRib Locator so you can see if your nearest restaurant is serving the sought-after sandwich.

There’s around 14,000 Maccies in the US and prices vary per location.

However, food website Chewboom says they’ve spotted the McRib being sold for $3.69 for an individual burger.

The McRib has 500 calories per sandwich, so keep that in mind when making the most of its presence.

However, that hasn't stopped excited McDonald's fans getting hyped up about the McRib return.

Taking to Twitter, one person said: "It's McRib season McDonald's! Why wasn’t I informed sooner. Yum."

Another tweeted: "The McRib is supposed to be back tomorrow and I’ve never, in my life, been more excited to go to a McDonald’s."

In more foodie news, Taco Bell has launched spicy Reaper Ranch tortilla chips and you can get them in Walmart and 7-Eleven.

Meanwhile, there are new M&M's Halloween treats with a crispy centre and dark chocolate coating.

While news anchor Liz Dueweke sent Twitter into meltdown after asking followers which chocolate they would get rid of.