What did Machine Gun Kelly think of Pete Davidson’s impersonation on ‘SNL?’

She loves a boy so much.

Megan Fox was spotted in the audience at boyfriend Machine Gun Kelly’s show at The Greek Theatre in Los Angeles on Friday night – and per usual, the two couldn’t help themselves from packing on the PDA.

At one point in the show, MGK, 31, came right over to where Fox, 35, was standing, to serenade her and give her a sweet kiss.

“He was singing ‘Jawbreaker’ and came into the crowd and was singing into her ear,” a fan who attended the show exclusively told Page Six. “He then looked at her and goes, ‘I love you.’”

The eyewitness added, “Megan said it back, they kissed and she looked like the happiest person you’ve ever seen in your life.”

According to our source, Fox seemed “so supportive” throughout the show, singing along to “every word of every song.”

“You can just tell that none of [their romance] is fake,” the source noted. “They actually genuinely love and are obsessed with each other.” 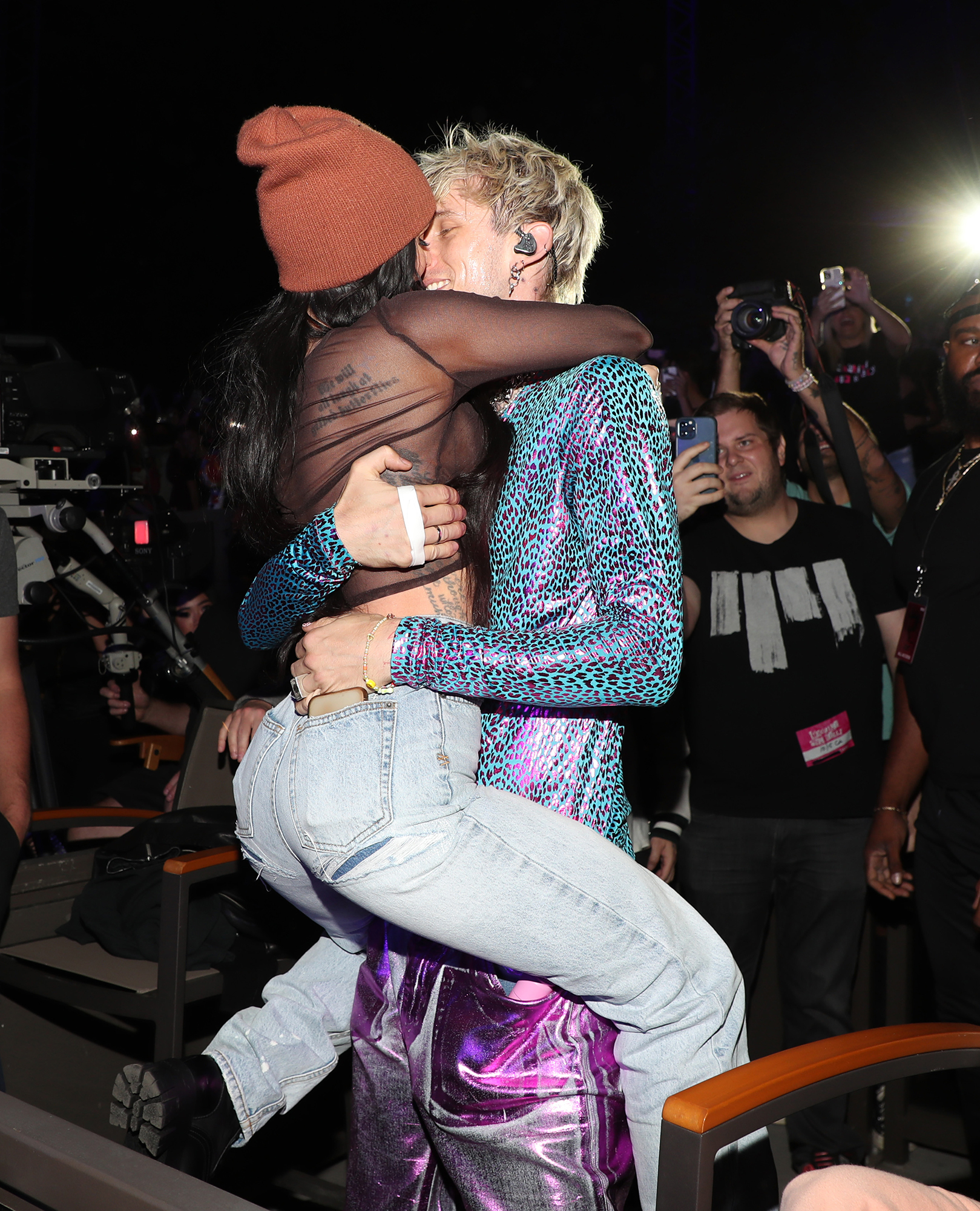 Earlier in the week, fans of the self-proclaimed “twin flames” went wild over their joint “Couples Quiz” Q&A video for GQ Style.

The two revealed everything from their cute nicknames for each other to their favorite TV shows to binge, along with MGK’s idea of the perfect day off.

The “Bloody Valentine” singer said it would entail a recreation of a date they had in Bora Bora back in January: wandering around together on mushrooms.

Fox, who is amid her divorce from Brian Austin Green, previously spoke about her love for MGK in GQ’s Winter/Autumn 2021 issue.

“This is what my heart was searching for,” she gushed. “Famously, like, I’m an unusual person. And I had buried a lot of that because it didn’t have a place to live.”

She added, “I recognize so much of myself in him, and vice versa, and that locked-up part of me that I had put away.”