Reality romance? After Prince Harry and Meghan Markle got engaged, they shared the news with the world — in an “orchestrated” sit-down interview.

“It was, you know, rehearsed. We did the thing out with the press, then we went right inside, took the coat off and did the interview,” the Duchess of Sussex, 41, recalled in the second episode of Harry & Meghan, which premiered on Thursday, December 8. “So it’s all in that same moment.”

The Suits alum opened up about the couple’s first joint interview after getting engaged in their Netflix docuseries, in which Meghan likened the process to an “orchestrated reality show,” where she was heavily prepped in regards to what to speak about.  “[They said], ‘They’ll be a moment they want to see the ring, so show the ring,’” she recalled in the doc.

Meghan further noted that the pair — who wed in May 2018 — were not “allowed” to tell the real story.

“We’ve never been allowed to tell our story,” Harry, 38, replied in the docuseries, to which Meghan agreed. “That’s the consistency.”

The Duke of Sussex and Meghan — who were first linked in 2016 — announced their engagement in November 2017.

“His Royal Highness the Prince of Wales is delighted to announce the engagement of Prince Harry to Ms. Meghan Markle,” Clarence House wrote in a statement at the time, on behalf of Harry’s father, King Charles III. “The wedding will take place in Spring 2018. Further details about the wedding day will be announced in due course.”

The statement added: “His Royal Highness and Ms. Markle became engaged in London earlier this month. Prince Harry has informed Her Majesty The Queen and other close members of his family. Prince Harry has also sought and received the blessing of Ms. Markle’s parents. The couple will live in Nottingham Cottage in Kensington Palace.”

Shortly after news broke of the pair’s proposal — which took place at their Nottingham Cottage residence at Kensington Palace — the duo held a photocall outside the palace to show off the ring. Per Harry & Meghan, the photo session occurred moments before their first joint interview. 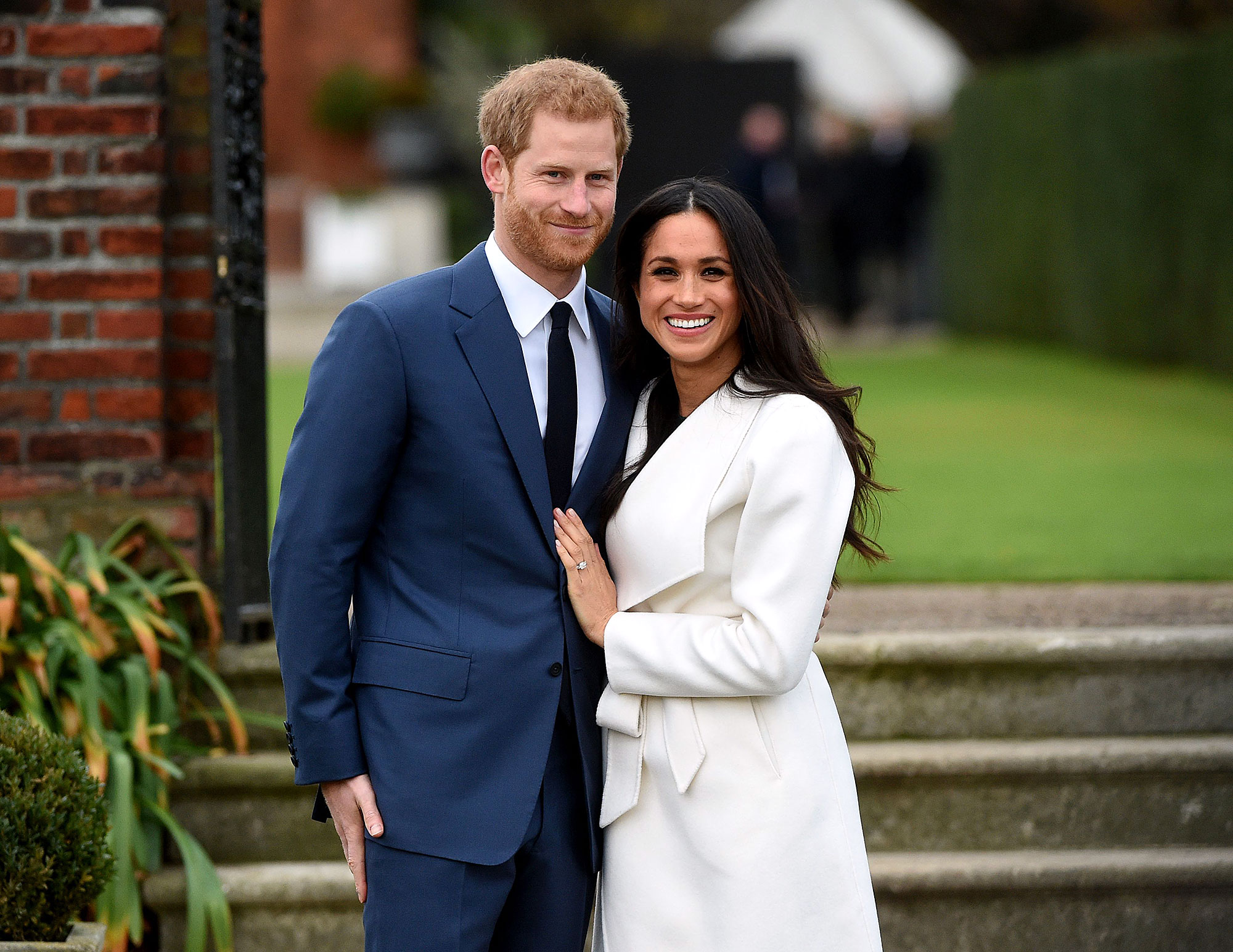 “It happened a few weeks ago, earlier this month, here at our cottage,” Harry previously said during the 2017 interview, while holding hands with Meghan. “So the main stone [of her engagement ring] itself, I sourced from Botswana and the little diamonds on the side are from my mother’s [Princess Diana, who died in 1997] collection.”

The Spare author — who shares son Archie, 3, and daughter Lilibet, 18 months, with Meghan — further opened up about getting down on one knee in Thursday’s episode.

“I wanted to do it earlier. I had to ask permission from my grandmother [Queen Elizabeth II], I couldn’t do it outside the U.K.,” Harry recalled in the second episode of Harry & Meghan. “[I had] a bottle of Champagne while she was roasting a chicken — and that kind of slightly gave the game away.”

The California native, for her part, remembered calling her friend Jess (likely Jessica Mulroney) to reveal that “it’s happening” and that Harry “told me not to peek” at his special plans.

“He was down on one knee, and I was like, ‘yes.’ We were so joyful and excited,” Meghan gushed in the episode.“We thought, ‘We’re doing this!’”

As the pair were giddy over their proposal news, they celebrated their forthcoming nuptials with a secret engagement party — in which everyone came dressed in animal-themed onesies. Harry and Meghan wore matching penguin ones, since the arctic mammals “mate for life.”

The first three episodes of Harry & Meghan are now streaming on Netflix.