Meghan Markle and Prince Harry have been married for more than a year, but when it comes to mastering the royal family, there is a lot to learn. Although Meghan and Harry have been in a relationship since 2016, it’s nearly impossible to quickly adjust to such an intense, scrutinizing spotlight at all times. And the Duchess of Sussex is reportedly still having trouble coming to terms with her new normal. 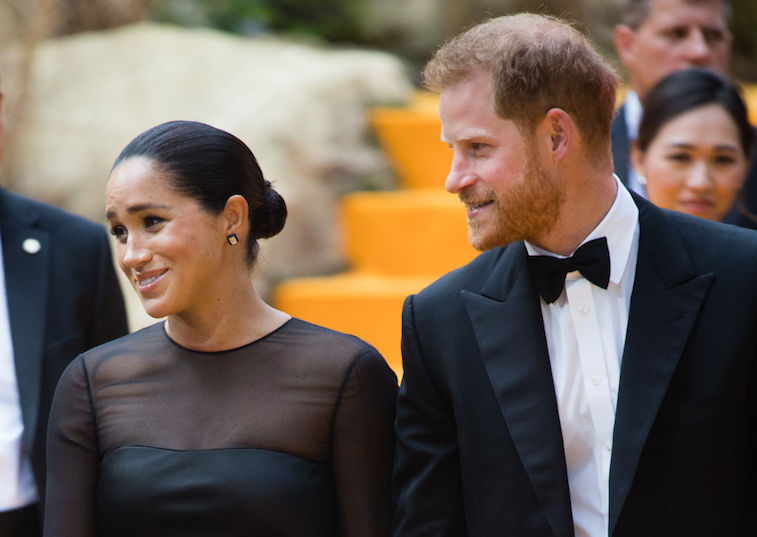 The Duke and Duchess of Sussex moved quickly in their relationship. Rumors first surfaced that Prince Harry had started dating someone back in summer 2016. The couple went public with their relationship that same year, and they only dated for about a year and a half before Harry decided he wanted to propose to Meghan. (There were rumors that Prince William suggested the two were moving too fast, but those were never confirmed.) Harry and Meghan announced their engagement in November 2017. They wed in May 2018, and the couple hinted that they wanted to start a family right away. They welcomed their first child in May 2019.

Once Meghan joined the family, the royal rumors started. She was reportedly responsible for tearing apart Prince Harry’s relationship with Prince William (a rumor that was never confirmed). Then, perhaps the most well-known rumor of them all was Meghan’s alleged feud with Kate, Duchess of Cambridge, who is Prince William’s wife. The two women supposedly didn’t get along well at all to the point where Queen Elizabeth and Prince Charles had to intervene. Again, the rumors were never confirmed.

Wishing HRH The Duchess of Sussex a very Happy Birthday 🎂 • ‘Happy Birthday to my amazing wife. Thank you for joining me on this adventure!’ – Love, H Photo©️PA/Doug Peters

She has retreated from the spotlight since giving birth to Archie

In October 2018, Meghan and Harry announced that they were expecting their first child in the spring of 2019. While Meghan continued to perform her royal duties, come March 2019, the duchess went on maternity leave. She gave birth to Archie Harrison on May 6, 2019, and she and Prince Harry introduced him to the world on May 8. However, Harry has gone back to business as usual (he hardly took any time off), but Meghan has retreated from the spotlight a bit more. She’s stayed in with Archie most of the time and has only been spotted at major events, such as Trooping the Colour and Wimbledon. She did cheer on Prince Harry and Prince William at a charity polo event alongside Kate Middleton, but she was quickly criticized for her outfit.

Sources close to the royal family have said that Meghan still struggles with the spotlight. Though she was an actress before marrying Harry and did have some awareness of what it was like to be surrounded by cameras, her life is now on a whole new level. “It is an isolated existence,” a royal source said of Meghan’s life. The source also added that, despite the rumors, Meghan has been leaning on Kate Middleton more and more, since they are the only two who are familiar with what they’re going through. In time, she will likely adjust more to her role, and she is already doing a great job. However, her struggled with the spotlight might explain why we haven’t seen too much of her since she gave birth to Archie.