Not so fast. Michael Che was called out after he allegedly shared jokes mocking Simone Biles for dropping out of the Olympics.

Celebrities Support Simone Biles After She Pulls Out of Tokyo Olympics

“Man, I wanna make fun of Simone Biles,” the Saturday Night Live star, 38, reportedly wrote via his Instagram Story on Thursday, July 29. “I got like 3 mins of Simone Biles jokes in my head. Im going to the cellar tonight to say them into a microphone. As the dorky kids say I’m choosing violence.” 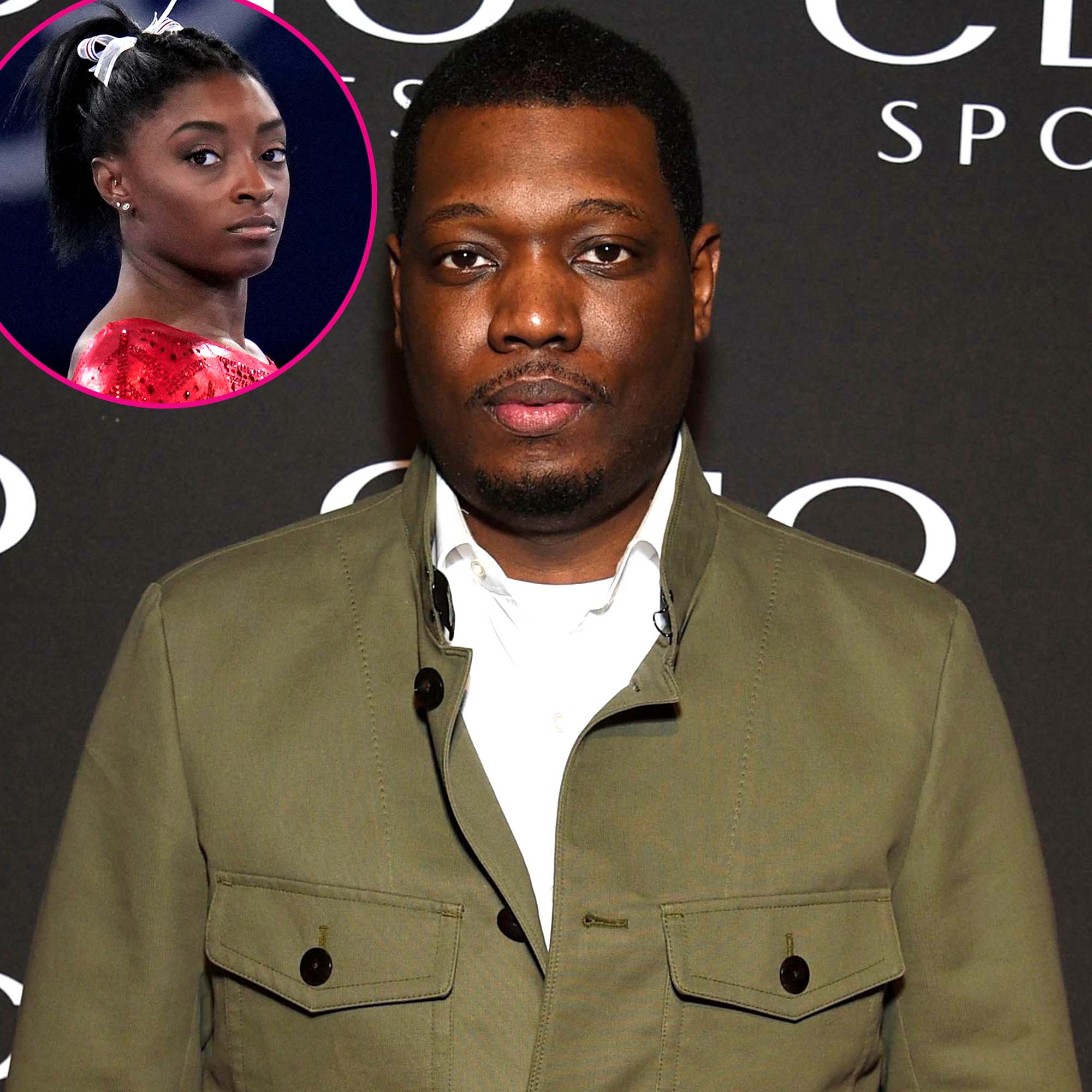 According to Newsweek, Che went on to allegedly share — and rate — a number of jokes directed at Biles that were sent to him via DM. One of the submitted responses mentioned Larry Nassar, the former doctor convicted of sexually abusing many young gymnasts. In January 2018, Biles revealed she was one of the disgraced physician’s victims.

Newsweek claimed that Che ranked the joke a 9/10, soon moving on to offer an 8/10 score to a joke based on Biles’ race. Screenshots of the alleged Instagram story were shared to the Twitter account @balleralert.

As backlash began to pour in, Che reportedly deleted the posts.

“Maaannnn, I got hacked today,” he wrote in another since-deleted story. “Cant believe they got me. Yall kno I only do jokes about whites and cops. s’all good now, I changed my password and everything.”

The comedian’s alleged comments came after the Ohio native withdrew from several events at the Tokyo Olympics.

Everything Simone Biles Has Said About Mental Health: I’m Only Human

Biles, who previously took home gold in all of her 2016 gymnastics events, made the tough decision to take herself out of the team final on Tuesday, July 27, after falling while trying to land her vault. Later, she revealed she would sit out the individual all-around finals as well.

“I didn’t have a bad performance & quit,” she wrote via Instagram on Thursday. “I’ve had plenty of bad performances throughout my career and finished the competition. I simply got so lost [that] my safety was at risk as well as a team medal. Therefore the girls stepped up and killed the rest of the competition & won silver ✨ QUEENS!!!!”

As of Friday, Che’s Instagram account was completely empty. While his Stories were taken down, fans still came to the gold medalist’s defense.

“Wow, that Nassar ‘joke’ that Michael Che gave a 9/10 on his instagram story makes me want to f—king vomit,” one Twitter user wrote. “Larry Nassar sexually assaulted over 300 gymnasts including Simone Biles. Jokes about this immense violence are never okay. @hbomax @nbcsnl why is Michael Che still on your roster?” another added.

Many others announced they would stop supporting the comedian’s career.

“Black women deserve protection and support. I am boycotting anything having to do with Michael Che including networks, products, projects, etc. #michaelche is an ass. I support Simone Biles,” a third fan wrote.

Simone Biles Through the Years: Olympics, ‘DWTS’ and More

Us Weekly has reached out to a rep for Che for comment. Biles, for her part, has yet to publicly react.